The German Economic Institute says its analysis of German patents underscores the need for fewer restrictions on migrant scientists and technicians. The German government recently approved a draft law to that effect. 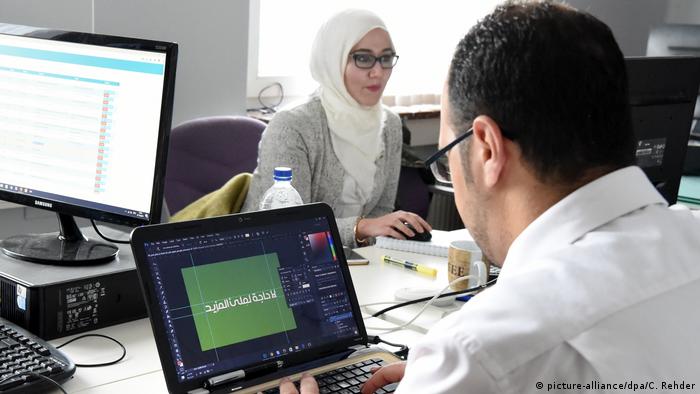 Nearly one in 10 patent applications in Germany were filed by inventors with a non-German background, a study has revealed.

The share of patent applications by these inventors increased from 6.1 percent in 2005 to 9.4 percent in 2016, the business-friendly German Economic Institute (IW) found in its latest report.

"The results show that migration is making an ever greater contribution to Germany's innovative strength," authors' Oliver Koppel and Enno Röben said.

Because applications do not include the nationality of the inventor, the Cologne-based organization searched its own patent database for inventors whose first name was foreign in origin and relatively rare in Germany.

Inventors whose first names stemmed from eastern and southeastern Europe filed the largest share of patent applications during this period.

Koppel and Röben said the results underscored the need for the government to pass a draft law that would ease labor restrictions on migrants from non-European Union countries.

"The planned Immigration Act, whose aims include further simplifying immigration procedures from third countries for technicians and scientists … would provide a positive impetus for Germany's innovation system," they said.

German Chancellor Angela Merkel's Cabinet approved the draft law in December amid pressure from German businesses struggling to overcome labor shortfalls in multiple sectors such as IT and construction.