A little label on German products was supposed to keep them from gaining popularity in Great Britain. But the scheme backfired: the 'Made in Germany' trademark eventually made items sell like hot cakes. 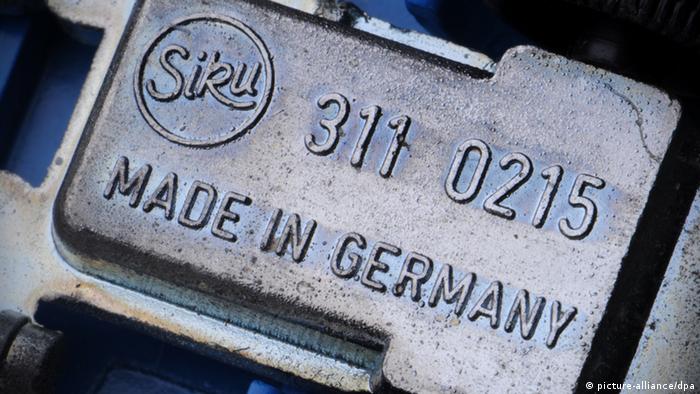 The "Made in Germany" label is not a German invention. It came about as part of the British Merchandise Marks Act, which took effect on August 23, 1887. The act aimed to ensure that all foreign products - which could potentially threaten the success of British merchandise - were branded with a label. It was an attempt to prompt British buyers to "buy British." Each trading nation that wanted to do business in Great Britain had to label its products with their country of origin.

"This was particularly aimed at Germany because people suspected that Germans were copying British products," Werner Abelshauser, economic historian at the University of Bielefeld in Germany, told DW. "It affected cutlery, scissors and knives manufactured in Solingen, for instance, but it also affected machinery made in Saxony."

Abelshauser believes that two notions played a role in creating the law: on the one hand, there was the aim to protect British consumers from buying shoddy imitations of the high-quality cutlery made in Sheffield. On the other hand, German mechanical engineering - which was already superior to the British even then - was supposed to become stigmatized by being given a negative label.

The plan backfired. The label "Made in Germany" ultimately developed into a sign of quality, though it took a while. In the Madrid Agreement Concerning the International Registration of Marks of 1891, most trading nations agreed to ban false information about origins from being printed on products. Products were not to be part of "false flag operations." Each member nation of the pact agreed to use its own "Made in …" label. 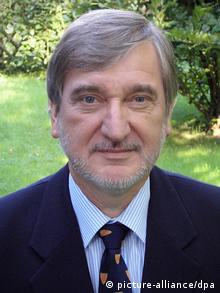 This whole system, however, was quickly copied in the Far East. The Japanese demanded that all products from their huge neighbor be labeled "Made in China."

"It was always the same pattern," said Abelshauser. "People were scared of copycats, of patent thievery, but at some point had to realize that the issue for them wasn't really one of imitation, but that a competitor was simply better."

A triumph after the war

That's what happened in Europe anyway. When the First World War began in 1914, the "Made in Germany" label grabbed more attention: merchandise with this marking was not allowed to be offered for sale on markets controlled by the British and their allies.

But the real triumph of the label did not occur until after Word War II - when people realized that Germany, unlike the United States, aimed to offer not mass-produced items, but focus instead on its ability to provide quality work and "post-industrial custom-tailoring," as Abelshauser describes it.

"The German economy is - still, even today - specialized in close customer relations," said Abelshauser. "It delivers according to exact requirements: whether complete installations, infrastructure projects, or intelligent machines." It's a total contrast to systems of mass production. 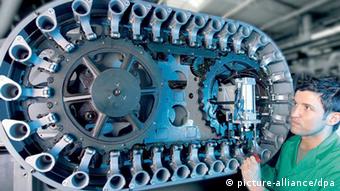 The more popular the products manufactured in this fashion became, the more assertively German businesses began using the "Made in Germany" label for marketing and advertising. The method worked well.

The label continues to be well-respected even today, and is a significant reason people choose to buy a product, Abelshauser maintains - especially in industries where German products are world leaders: vehicle and machine engineering, electronics and chemicals.

In this context, economic historian Abelshauser points out a major misconception. Those who believe they suffer disadvantages from trading partners copying their products are wrong, he says. It's a notion enjoying particular popularity in Germany right now with regard to China. But from an economic-historical perspective, it's just not true in his view.

The German export economy has never made its earnings from trading with less developed countries, but instead, nearly always with those benefitting from the same level of development, the historian stressed. "We should actually be hoping that China will achieve our level so that we can really get going doing business with them."

The greatest benefit for all comes when trading partners concentrate on their own core strengths. The logic of economics can sometimes be that simple.

Which sectors can weather the economic crisis?

Business prospects for 2012 are bad. It's not just Europe that's in crisis. Emerging economies are also slowing down. But there are a number of sectors and countries able to flourish, despite these conditions. (21.08.2012)

Doing away with meat

Schnitzel is one of Germany's most recognizable dishes. Florian Wild of the Fraunhofer research organization is working on a vegetarian version that could win over meat-eaters. (26.07.2012)

China is planning huge investments to improve its competitiveness and decrease its dependency on foreign technologies. For the German engineering sector this may mean new opportunities, but also new risks. (13.07.2012)

German Chancellor Olaf Scholz is under pressure to ease spiraling inflation. His plan is to come up with measures at a meeting of business leaders, trade unions and politicians. But they have very different ideas.

As Finland moves to join NATO, DW wonders how hard the economic impact of delinking economically with Russia could be. The other NATO wannabe, Sweden, has far less to worry about.