A study has found that due to a complex recognition system, many foreign academics are placed in jobs below their qualifications. The study recommended a "turbo process" akin to Norway's model as an alternative. Germany is considerably unattractive among developed countries for international academic professionals, according to a study published on Monday by the Gütersloh-based Bertelsmann Foundation and the OECD.

When compared to more than 30 OECD countries, Germany came in 12th place among academics. Germany's attractiveness was dulled by poor professional opportunities, with international academics often placed in jobs below their qualifications.

The study found that Germany's complex system to recognize foreign degrees was a key reason for underperforming on the talent attraction index. In terms of balancing income and taxes with the cost of living, Germany did not rank competitively, according to the study.

Germany, however, scored relatively well for entrepreneurs, ranking 6th out of the OECD's 36 member states. It also ranked 3rd place for international students.

The Bertelsmann Foundation urged the German government to reconsider its approach for attracting international talent. It recommended establishing a "turbo process" in lieu of a formal recognition system for regulated professions, mentioning Norway's system as a model. 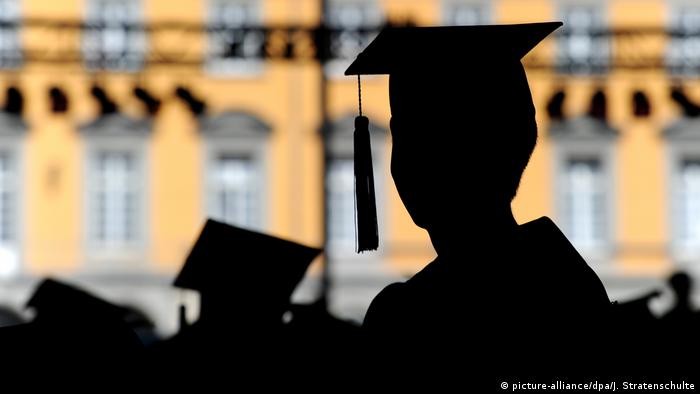 Germany ranked highly as a destination for international students, according to the study

The meeting comes days after German Chancellor Angela Merkel warned that a labor shortage in skilled workers could trigger a business exodus.

"Without sufficient skilled workers, a business location cannot be successful," said Merkel. "That is why it is necessary for us to make every effort to recruit a sufficient number of specialists. Otherwise, companies will have to migrate — and, of course, we do not want that."

A shortage of skilled labor | Made in Germany