Germany′s planned immigration law – what you need to know | Germany | News and in-depth reporting from Berlin and beyond | DW | 17.08.2018

Germany has a "key-point" plan for a new immigration law to fill its desperate shortage of skilled workers. But what will the proposed law entail – and how will it compare to systems in other countries?

The German government is preparing a new immigration law aimed at bringing more skilled workers to Germany – but has apparently rejected the "points-based" system that other countries favor.

The new "key-point" paper, seen by DW, acknowledges that low unemployment and an aging population in Germany have meant that companies are struggling to fill posts with qualified people, and even creating more opportunities for other European Union citizens will not meet the shortfall – so [Germany has to] be "significantly more successful in winning qualified specialist workers from third countries" – meaning countries outside the EU.

The paper, produced by the Interior Ministry and already broadly agreed on by the Labor and Economy Ministries, is to be presented to Chancellor Angela Merkel's Cabinet on August 29. The Interior Ministry, which is headed by Horst Seehofer, leader of the conservative Christian Social Union (CSU), is determined to avoid "immigration into the social systems," the paper underlined.

It was quickly noticed that the German government's paper does not mention a "points-based" immigration system, as is used in the UK, Canada, and Australia, and others. It sees non-citizens looking for work earn points for education, wealth, language fluency, existing job offers, and other factors – and if they meet a certain score threshold, they are admitted into the country.

A points system was previously suggested in 2016 by the Social Democratic Party (SPD) and also favored by other center-left parties in Germany. The points outlined in the new document suggest that people will be chosen by criteria including qualifications, age, language skills, "concrete job offers," and their ability to secure their own livelihood - effectively making it a points system.

But, as Thomas Liebig, migration researcher at the Organization for Economic Co-operation and Development (OECD), put it, "the devil is in the details. I have quite a few questions about how they're going to do this." 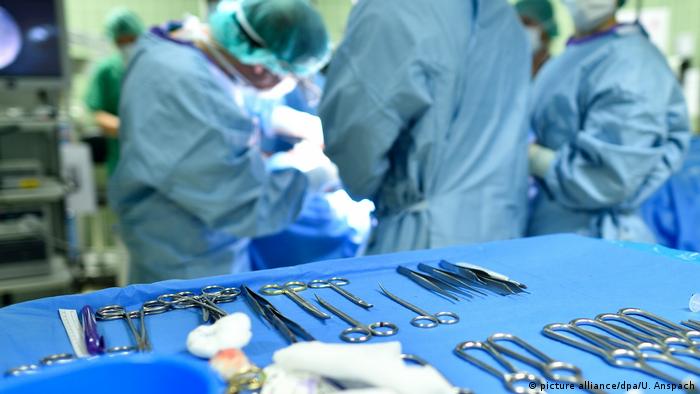 Germany currently has one of the easiest immigration laws for people with high education levels – "It's easier to go to Germany than for example to Canada, under the current conditions," said Liebig. "The German system right now is very much focused on formal qualifications, so if you have high qualifications and a corresponding job, then you can come – you don't even have to speak German."

Germany also even has a job-search visa for people with top-notch qualifications – so you could enter the country without an actual job, but can search for one. But what Germany is lacking is people with what are called medium-level qualifications: nurses, caregivers, kindergarten helpers, and skilled laborers such as electricians or carpenters: anything that requires a vocational qualification. This, according to Liebig, amounts to around 60 percent of the German labor market.

Recognizing such qualifications from different countries has proved a particular obstacle so far, something which the government's paper sees as a "key to successful job market integration."

But what remains unclear from the paper is what other requirements will be needed: what level of German should a potential immigrant have? Should there be a concrete job offer from a German company, and which jobs exactly will be counted as medium-skilled?

At present, the German government appears to be considering a job-search visa for medium-skilled jobs, which has proved popular in Denmark. But it has not been tried in Germany before – and much will depend on whether German employers are willing to take a risk on people with a job-search visa. "That's going to be a big question," said Liebig, noting that many German companies are reluctant to employ people from abroad. "We've asked German employers, are you interested in looking abroad? And they said: no way."

"At the moment, it seems they are introducing a two-step system: you have people coming, looking for a job, then you admit them if they find a job," he added.

France has also recently sharpened its immigration law to make it easier to attract people with special skills or education. Like Germany, part of the new law is intended to simplify the bureaucracy – in France's case, this especially applies to executives for multinational companies earning more than €5,000 ($5,700) a month, scientists, people in the entertainment industry, seasonal workers, and regulated professions.

Sweden, meanwhile, has a much more liberal policy – "you can basically come for any job. France is pretty closed, so Germany is probably somewhere in between."

BMW is following in the footsteps of its German rivals like Mercedes and Audi by investing a billion euros in a new plant in Hungary. The Central European country has become an attractive location for German carmakers. (07.08.2018)