As part of the migrant compromise that saved Angela Merkel's government, the SPD says it wants comprehensive legislation on immigration this year. So what will likely change for foreigners wanting to live in Germany? 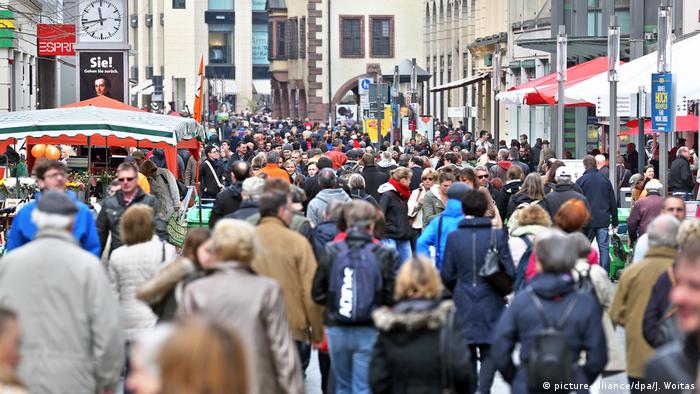 An immigration law has been discussed but never implemented in recent years in Germany. Now that looks about to change. As part of the compromise over migrant policy that ended the recent crisis for Angela Merkel's government, the center-left Social Democrats (SPD) have gotten the governing coalition to pledge to introduce comprehensive immigration legislation before the end of the year.

Many countries have such laws on the books, and leading Social Democrats (SPD) say that it's time for Germany to follow suit.

"The current immigration regulations are a bureaucratic monster and in many cases only comprehensible to a handful of specialists," SPD interior affairs spokesman Burkhard Lischka told DW. "Our goal is to pass a simple, clear, easy-to-understand immigration law, which particularly our small- to medium-sized businesses can deal with and which will allow us to compete with the other major industrialized nations for the top skilled labor."

Lischka is hardly exaggerating. The central law governing migration at present has 107 legal paragraphs, and there are some 50 different sorts of residency permits in Germany. A foreign artist wishing to live and work in Germany is subject to very different rules than an IT expert or someone who intends to care for the elderly. Conversely, in many respects under German law, asylum-seekers are lumped together with people who want to move to Germany for employment reasons.

Lischka said that the new legislation would aim for "a clear separation of (people's) right to asylum on the one hand and the acquisition of foreign specialists on the other."

Lischka denied that the SPD had essentially swapped approval for the migrant deal for the chance to dictate the terms of the immigration law, but Social Democrats clearly think they got the better of this exchange. 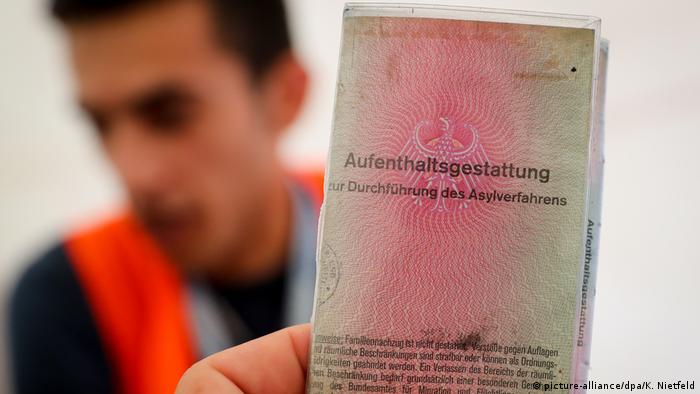 German residency permits come in a bewildering assortment of forms

'Demographic change is nipping at out heels'

Experts from business and industry as well as the political parties agree that immigration from outside the EU to Germany, with its aging population, is crucial to uphold the current German standard of living.

"Demographic change is nipping at out heels," SPD immigration expert and member of parliament Karamba Diaby told DW. "We have to pursue two paths: better qualification for people here and an immigration law. For the latter, we need nothing less than a paradigm shift."

Thus far, neither conservatives nor Social Democrats have made any concrete suggestions to the interior ministry about turning such a paradigm shift into legislation, but an immigration law is specified as an aim in their coalition agreement. The SPD's position will likely greatly reflect a draft law the party drew up in late 2016 in its previous coalition with Merkel. Some of its key points:

- Institution of a points-based system to rate skilled workers and prioritize who should be allowed to immigrate;

- Fixed contingents of immigrants to be offered residency and work permits, defined per year on the basis of the needs of the German economy, with the suggested size of the first contingent set at 25,000;

- Quicker recognition of foreign professional qualifications and the possibility of immigration without specific employment;

If instituted, those changes would allow people with university educations or sought-after qualifications to come to Germany without having to find a job first.

"The SPD has insisted in the coalition agreement on a new understanding of specialists," Diaby said. "It includes college-educated people as well as people with trade qualifications." 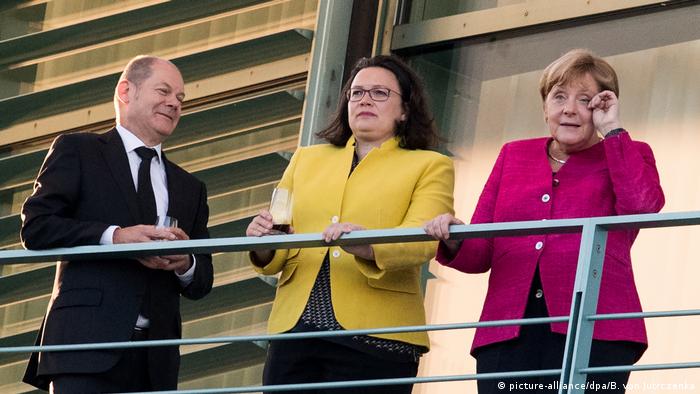 In a sense, an immigration law was the price the Social Democrats extracted from Merkel's conservatives

The SPD did not succeed in making their ideas reality the last time around, in 2016, and despite the agreement brokered Thursday evening, Social Democrats still face resistance from some conservatives, who insist that potential immigrants first secure jobs in Germany.

"On the topic of immigration, one thing is set in stone: Immigration in Germany can only take place via entry into the job market," said Conservative Deputy Internal Affairs Spokesman Armin Schuster on his website.

But other conservatives are more open to relaxing German immigration regulations — and not just for people with higher degrees.

"The hurdles we've had thus far are too high," conservative deputy Philipp Amthor told DW. "And it's not just the super IT expert from India who is at stake, but also, as I can confirm from my constituency, the Ukrainian cook."

At the very least foreigners coming to live and work in Germany should have fewer bureaucratic hoops to jump through. There's broad consensus across the conservative-SPD coalition that the new law should unite and simplify Germany's many immigration regulations. But the opposition is skeptical that a law born of a conflict over migrants that threatened to bring down the government will truly improve the situation.

"An immigration law for Germany is simply rational — both socially and economically," Green Party immigration expert Omid Nouripour told DW. "But the theatrics within the coalition over the naming (of new migrant-processing transfer centers) shows that the coalition partners are not guided by reason but by the exaggerated egos of individuals."