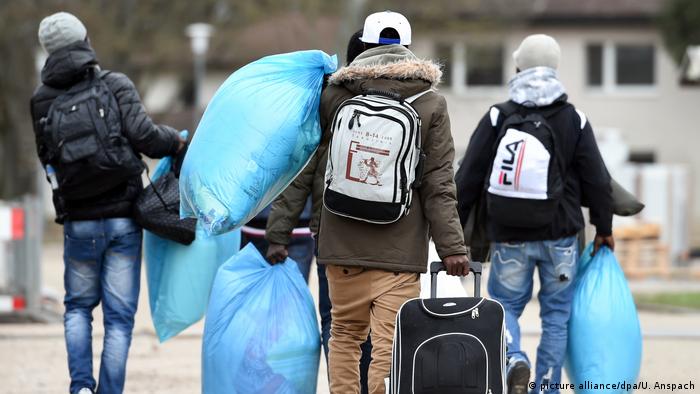 Recent cases in Wiesbaden, Kandel and Freiburg where young girls and women were murdered sparked outrage in Germany and were widely covered by the media. The nationality of the suspects became a central aspect of many of the reports, although German press code advises journalists only to mention ethnicity sparingly, if at all, in crime stories. DW spoke with media analyst and communications researcher Kai Hafez about the criticism of German mainstream media and where there's room for improvement.

DW: Between the height of asylum-seeker arrivals in September 2015 and now, what — if anything — has changed in the way German media reports on migrants and refugees?

Kai Hafez: Obviously there was a tremendous change in the quantity and quality of the coverage about refugees in Germany. If you look back to April or May of 2015, we had a tremendous shift toward positive coverage, to more sensitive coverage — with newspapers like the Süddeutsche Zeitung and magazines like Der Spiegel actually promoting and advocating a more humanitarian approach in German society.

After a while though, over the course of the fall of 2015, the tide turned, so to say. I think the climax of this negative shift in the perception of refugees was New Year's Eve in Cologne, in 2016. From that point on we've had this constant, negative framing of the refugee crisis in a lot of the big media in Germany.

We've had around 100 talk shows about refugees and almost none about the automobile pollution crisis. There's a huge imbalance in the coverage. In my personal opinion, this change in the mainstream media is actually very much connected to the general push to the right in German politics. Rather than following the right-wing trend, they're actually creating it to a certain degree.

In the German press code, it states that the nationality or religious background of suspects in a crime shouldn't be mentioned in a report, unless there is "a founded public interest." Do you think that these guidelines are being adhered to?

No, not at all. This type of coverage follows the tradition of a very a negative selective coverage of asylum-seekers and refugees in Germany and most of the European countries.

We are only interested in refugees and migrants when it comes to big problems like terrorism and crime. There are exceptions to the rule, but a large part of it is negative. And the problem from an ethical point of view is that the ethnicity or the religious background of a person usually is not connected to the crime. Statistically, migrants in Germany are not more criminal than the rest of the population — so why identify a person in terms of ethnic background?

So no, in many cases [the German press code regulation] is not adhered to and we see a constant violation of such norms and media ethics in our daily reporting. We have a loss of professional control, we have a loss of professional values — for many reasons. Journalists' training backgrounds differ too much sometimes, we have a commercialization that is fueling fast-handed analysis and there is sometimes sloppy journalism. For example, many of the incidents that were assumed to have taken place during the 2015/16 Cologne New Year's Eve never happened.

It seems to be OK nowadays to ethnicize events rather than to reflect whether this is fair. It's actually a specific form of racism — latent racism.

How does reporting on the nationalities of migrants who are suspected of committing crimes affect or impact German audiences?

As an empiricist, I say we need more concrete studies proving that it has a negative effect on audiences. The ones we have show a steady increase in anti-foreign violence after big media events. If people are constantly bombarded with messages of crimes committed by asylum-seekers and migrants, there's a high probability that they will tend to think that migrants are more criminal than the rest of society, which is not the case.

According to the theories of agenda-setting and framing, we certainly have agenda-setting effects, saying that media usually tend to make people think of asylum-seekers in negative thematic contexts or in contexts that are connected to negative issues, like violence.

I think the current mainstream coverage of refugees and migrants has a very devastating effect. The coverage of what happened in Cologne and other places on New Year's Eve 2015/16 was one of the worst media events ever.

Even liberal-leaning newspapers in the days afterward reflected about so-called "evil intentions" of Arabic men. One of the headlines read: "Who is the Arabic man?" It's implying that Arabic men are more likely to be rapists, of which there's no proof at all.

I think the message our media are sending is that there is a rapist type of ethnicity out there on the streets, which is really devastating for the image of migrants. The #MeToo debate has hopefully made clear that Western societies are as sexist as the rest of the world. But we often don't seem to understand such analogies. We do not really compare, but resort to cultural stereotypes.

Does Germany's mainstream media have a neutrality problem?

When it comes to migration, negative issues are more often covered than positive issues. If everything is OK, then migrants are not covered. If something is wrong, they're covered. This comes from long-term observations; we have lots of empirical data suggesting this was always the case.

We have a problem not so much with the general neutrality, but with societal biases that have not been reflected upon. If you look at public opinion polls, you see that German society is split into two parts. One is supportive and liberal and the other is negative. The media tends to be on the negative side because they love negative sensationalism more than anything else. But we have to reflect on the context. Wherever a humanitarian situation is being considered, I think sensationalism has to stop.

The internet and social media are there to recreate communities. Since we are recreating communities, we are also reproducing minority and majority networks. The majority is hegemonic on social media, as it is in the rest of society.

So the internet is not really a corrective to the real power situations that we have in our societies. How that impacts mass media really depends on the individual journalists. In conversations with journalists, some of them say they feel pushed in a certain direction by social media, Facebook and other new media. However, the trend of negative coverage when reporting on asylum-seekers was there long before the invention of social media.

Kai Hafez is a communications researcher and professor of comparative analysis of media systems and communication cultures at the University of Erfurt. His books include The Myth of Media Globalization and Islam in Liberal Europe: Freedom, Equality, and Intolerance.

One congregation and Germany's far-right

Cologne police have been accused of racial profiling after targeting men of North African appearance on New Year's Eve. In the US racial profiling is illegal, but in Germany and the UK the law isn't as clear. (03.01.2017)