The murder of a 14-year-old girl, allegedly by a rejected asylum-seeker, raises explosive questions about Germany's refugee system. The crime reveals serious shortcomings in how those seeking asylum are dealt with. 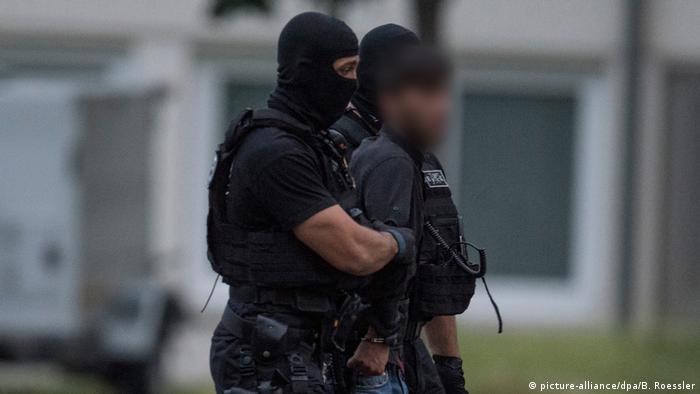 There is no more contentious story in Germany right now than the killing of a 14-year-old in Wiesbaden, identified in the media only as Susanna. The main suspect is a rejected asylum-seeker from Iraq, Ali B.

For the right-wing populist Alternative for Germany (AfD) party, the murder shows the threat posed by migrants to — in the words of one of its most radical leaders, Björn Höcke — "our wives and daughters." Others say that the populists are shamefully trying to exploit a human tragedy and an exceptional event for their anti-immigration platform.

Here's what is known so far:

Ali B. has been arraigned in Frankfurt, and in the days to come, investigators will be seeking to ascertain precisely what happened. The results of that investigation will go a long way toward determining how the public ends up interpreting this crime. Was the murder of Susanna specifically a refugee crime? Or was it a crime that happened to involve a refugee but that could have occurred in another segment of German society? 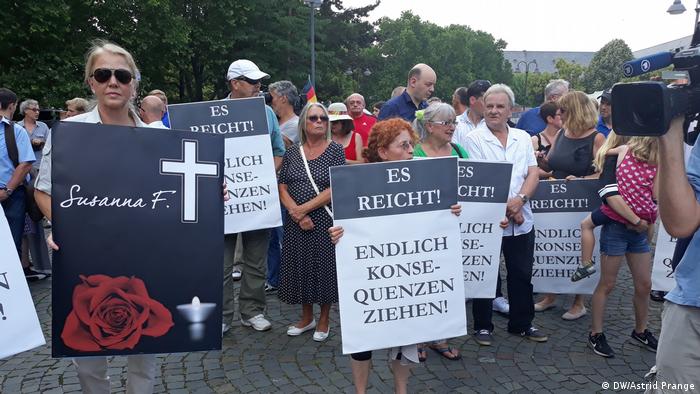 In a sense, of course, every crime is a unique occurrence. Nonetheless, aspects of the story coalescing around Ali B. are unsettlingly familiar.

For instance, the length of time, more than 18 months, that Ali B. and his family were kept in limbo about whether they would get to stay in Germany is hardly an exception.

Ever since large numbers of people began arriving in Germany from the Middle East and North Africa in 2015, the responsible German authority, the Office for Migration and Refugees (BAMF) and its local branches, has been painfully slow in deciding asylum cases. In Berlin in late 2017, the waiting time for an initial decision was still around a year. And the recent scandal at the BAMF branch in Bremen, which improperly recognized 1,000 people as refugees deserving protection, highlights the fact that these government offices have been swamped by the sheer number of cases they're asked to handle.

Right-wing critics say that migrants exploit the possibility of appealing rejections, another very lengthy process, as a way of staving off deportation and remaining in Germany. Pro-refugee critics, for their part, also object to the system as being unfair to asylum-seekers, whose futures depend on German authorities' decisions.

But what everyone agrees on is that would-be refugees are kept waiting in situations that can potentially encourage them to turn to crime. 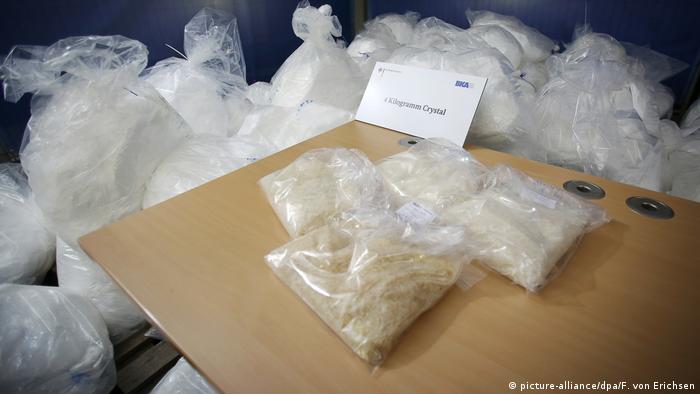 Some refugees seek relief in drugs from daily tedium and hardship

As the Susanna story broke toward the end of last week, Der Spiegel magazine went to the refugee home in Wiesbaden where Ali B.'s family lived. There, fellow residents described the murder suspect as something of an arrogant gangster who dealt drugs and felt "untouchable" by German authorities. They added that Ali B., whose family arrived in Germany in October 2015 and had lived at the refugee home since the following April, had stopped taking German lessons after his asylum application was rejected in late 2016.

The sort of behavior described in the Spiegel article is hardly unheard-of. With very few exceptions, rejected asylum-seekers are only "tolerated" in Germany; they are forbidden to work and have restricted access to language courses and vocational training.

There is copious anecdotal evidence suggesting that drug usage and dealing takes place in refugee homes. This April, journalist Hamza Jarjanazi, himself a refugee from Syria, published an account of the refugee drug scene in Berlin, and reporters have described similar situations in cities from Hamburg to Heidelberg.

The tedium of waiting for bureaucratic decisions, the lack of realistic future perspectives and the close quarters in which many refugees live may well encourage criminal tendencies.

"Living in a home in the most confined space with lots of other refugees from different countries can be very stressful and frustrating," Jarjanazi wrote in the newspaper B.Z. "Especially if you've been living there for more than two years with very little privacy and no bathroom of your own. Many people want to escape the situation. That leads them to fall victim to drugs, prostitute themselves or sell drugs on the black market."

What is known about Ali B.'s situation recalls these descriptions. But the question remains: What should the government be doing about it? 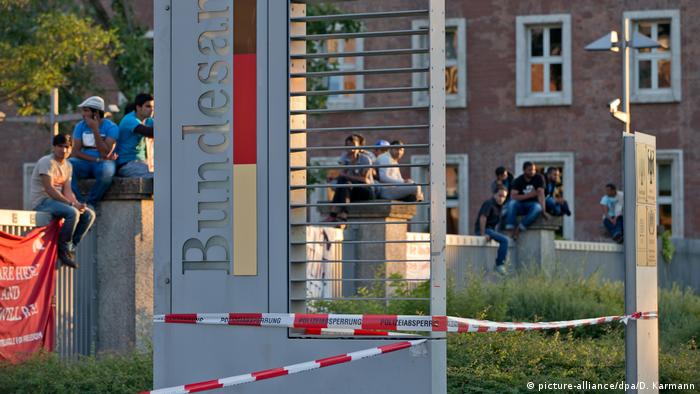 What the government plans to do

In an interview with German public broadcaster ARD, Chancellor Angela Merkel expressed her concern about the current system's shortcomings and the need for improvement.

"This case shows how important it is that the people who have no permit to stay quickly receive their administrative court proceedings and can be quickly sent back home," she said.

The cornerstone of the government's efforts, led by Interior Minister Horst Seehofer, to reform its asylum procedures is the establishment of so-called Anker centers, large-scale refugee processing facilities. Germany's federalist structure often renders asylum procedures maddeningly diffuse, and Seehofer hopes that by concentrating them, he can reduce the time needed for decisions and, in the case of rejected applicants, deportations.

Seehofer envisions the centers accommodating up to 1,500 asylum-seekers but leaders in Germany's 16 federal states, presumably fearing a backlash from unhappy neighbors of the sites, have been cool on the idea. A three-day meeting of regional interior ministers this week yielded no breakthrough, with one participant describing the results as "not exhilarating."

Moreover, the government's own coalition agreement envisions asylum-seekers being kept at the centers for up to 18 months. Thus, it's questionable whether they will do anything to prevent the criminalization or radicalization of young men kept in close confines for long periods.

Men — if the charges in the case of Susanna prove to be true — like Ali B.

A man wanted over the murder of a 14-year-old German girl has been extradited to Germany from Iraq. The case has led to an outpouring of grief and anger in Germany. (09.06.2018)

German politicians have called for explanations as to how an Iraqi man suspected of a girl's murder could leave the country unhindered. Many asked in particular how he managed to depart under a false name. (08.06.2018)