German Cabinet members have agreed to the main points of a new skilled immigration law, according to media reports. But leading politicians disagree on offering job prospects to well-integrated immigrants denied asylum. 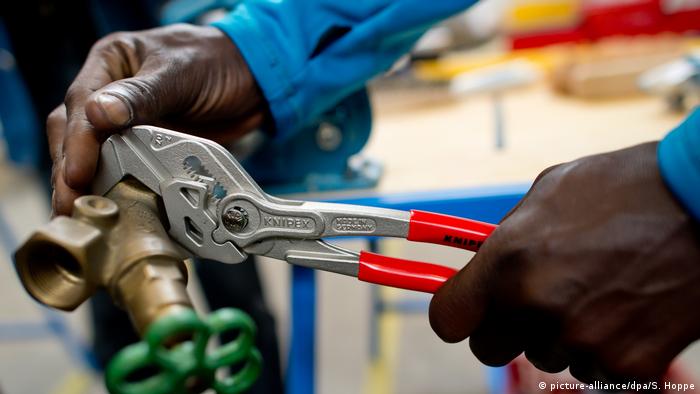 Labor Minister Hubertus Heil told the media network Redaktionsnetzwerk Deutschland on Thursday that talks with Chancellor Angela Merkel's conservatives were still at odds over his Social Democrats' (SPD) insistence that skilled refugees without residency status not be sidelined from job openings.

"We must make sure that we don't trip ourselves up on ideological grounds by sending back the 'wrong' ones," Heil said.

Short of skilled staff, German firms have long complained of legislative hurdles, for example in recognizing foreign qualifications and different standards being applied by different branches of the German offices responsible for foreigners.

The business daily Handelsblatt reported that the outline of a "skilled worker immigration bill" tabled by Interior Minister Horst Seehofer, who is also head of the Bavarian Christian Social Union, foresaw "no lane changes" from asylum queues into German job recruitment.

That, however, is exactly the route favored by Schleswig-Holstein Premier Daniel Günther of Merkel's Christian Democratic Union (CDU). He told the Stuttgarter Zeitung that he was pushing for rejected, but already well-integrated, asylum-seekers to be permitted to stay in Germany.

Especially favored among non-EU candidates would be those whose qualifications, age, [German] language ability and a "concrete" job offer made lucrative employment likely, reported Handelsblatt. 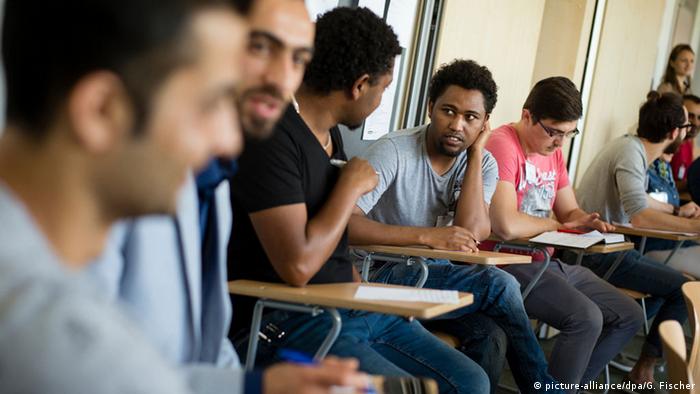 A points system as sought by the SPD and practiced in some other nations, such as Canada, was not included in Seehofer's plan, the paper said, adding that the document called for blocking unintended migration into Germany's social welfare system.

No longer would Germany's Federal Employment Agency face stiff constraints when dealing with job openings where skilled recruitment was essential, as the recognition of foreign qualifications would be streamlined, both within Germany and at German consulates abroad.

If a job vacancy and a recognized qualification matched, then university graduates and those otherwise qualified would be able to work in Germany, Handelsblatt stated, adding that Germany could launch advertising campaigns in selected countries if it was deemed necessary to meet labor market demands.

Migration: Opportunities for the economy

The federal government would also intensify German-language courses, both within Germany and abroad, because German was important for applicants to prevail in the country's training and labor market, according to the newspaper report.

Last January, Manager magazine said the version of the position paper the coalition was discussing lacked an in-depth reorganization of German migration law.

A start had been made in 2005 under former SPD Chancellor Gerhard Schröder with a law for students and skilled workers from abroad, it reminded readers.

More skilled workers are needed in Germany in the field of care for the elderly. New projects have been set up to attract immigrants to these jobs, particularly women. (15.12.2013)