It's a gloomy prognosis, but a new study claims that by 2040 Germany could suffer from a major shortage of specialized skilled workers to fill important jobs. So far Berlin has not really taken notice. 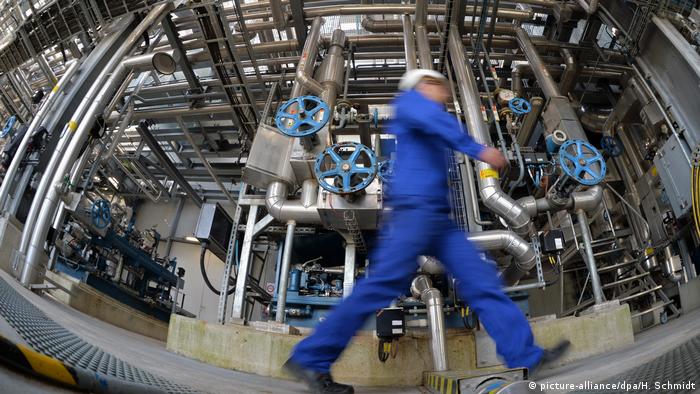 A new study by the economic research institute Prognos paints a dire picture of Germany's labor market in the foreseeable future. For 2030, the company calculated a shortage of about 3 million skilled workers in Germany. By 2040, they see the shortfall growing to about 3.3 million.

Even though the population of German is not expected to shrink as much and as quickly as recently feared, the number of people in working age will continue to fall sharply - by as much as 10 percent by the year 2040.

Perhaps a bit surprisingly the report says that skilled workers will become scarce across all sectors as the nation's population ages and the number of those retiring continues to grow. Germany's workforce currently stands at 44.2 million, the Federal Statistics Office (Destatis) said this month.

Read more: Is working from home out of fashion?

In addition, with growing international competition, new consumption patterns and the digitization in almost all sectors of the economy some professions will simply gradually lose importance.

According to the forecast, many security and surveillance jobs will be abandoned. Truck drivers can expect their work to soon be done by robots.

The same applies to accountants, credit analysts and real estate brokers as electronic systems are likely to replace such jobs in the long term.

On the other hand, the report sees a shortage of managers, researchers, engineers, doctors, nurses and medical assistants as early as 2020. To a smaller extent, openings in the creative sector and journalism will also be harder to fill.

The German cabinet will publish its own report about employment on Wednesday. Like the Prognos study, this report is expected to point out the need for action, despite some recent progress. 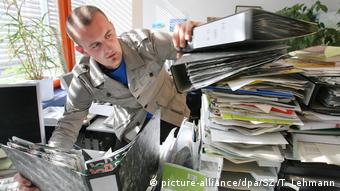 In academic training there have been huge strides. But for those in professional life, more effective further training is needed, which will prepare them for the jobs of the future

Ideas to reduce or stop the expected shortage of skilled workers are coming from all sides. The experts at Prognos suggest a promotion of professional training which would specifically help more young people get the proper qualifications.

Read more: Jobwunder Germany - the dark side of a success story

Moreover, after family leave, men and women should be helped to return to working life. And older people should be motivated to work longer. These two measures alone could reduce the threat of labor shortages by around two million employees in the long term, according to the study. Additionally, part-time workers should be encouraged to increase their weekly working hours.

In all scenarios, an average annual influx of 200,000 migrants was assumed. Information on the extent to which the recent wave of asylum seekers can help against the professional deficit was not included in the Prognos study.

So far the Federal Employment Agency (BfA) has not yet raised the alarm about the challenges facing employees in the future. Their in-house think-tank, the Institute for Employment Research (IAB), does not yet see a glaring workforce gap. Up until this point it has only voiced concern about bottlenecks in some industries, such as machine building, automotive engineering and computer science.

But Oliver Ehrentraut, the author of the Prognos study, is sticking to his thesis and says: "As a result of demographic change, the situation on the labor market in the next 10 to 20 years will be considerably exacerbated."

The number of people with a foreign background living in Germany has reached a record high. The refugee crisis is reported to have played a considerable role in the changing demographics. (01.08.2017)

More than 10 million foreign nationals were reported as living in Germany by the end of 2016. It is the highest number of foreigners in the country's history amid a period of economic growth. (01.07.2017)

Most people in Germany study at university or have professional training before they enter the work force. Good German language skills and qualifications increase the chances of a successful job search. (27.09.2016)