Jobwunder Germany: the dark side of a success story | Business | Economy and finance news from a German perspective | DW | 16.03.2017

Jobwunder Germany: the dark side of a success story

Not only are low-wage jobs still being affected by Germany's "Agenda 2010" labor reforms. Highly-qualified workers are also being negatively impacted. Will the September election change anything? 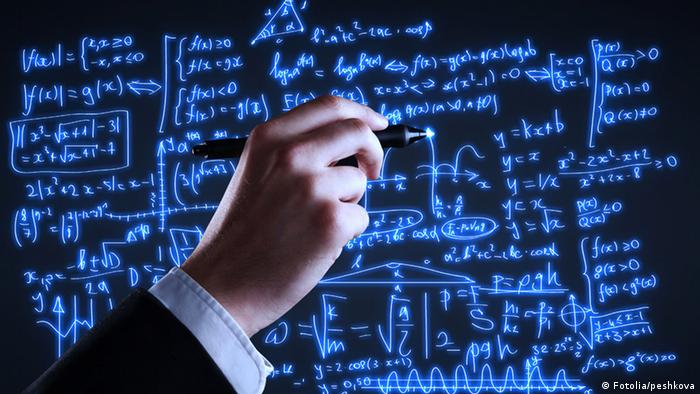 Franz-Josef Schmitt has only ever been offered temporary work contracts by his employer. He is 38 and has a PhD in physics. Since 2005, he has been teaching math to chemistry students at Berlin's Technical University. He has accepted the short-term contracts each time, because the school does not seem willing to give him a permanent contract. Anxiety and frustration about the future are constant themes for him and his colleagues. But although disappointed and not able to make long-term plans, he continues to work hard.

"If like me you don't have the constraints of a family it's easier. I'm not paying a lot for a house - but for those who do, they have real problems with limited contracts. It's hard to have a clear vision for the future," says Schmitt.

Real job security seems to be a thing of the past. Many workers face a life of short fixed-term work contracts or temporary employment. Some of his colleagues have a much harder time. Many only have part-time contracts and therefore earn even less, draining motivation.

For years German labor unions have been complaining that past reforms were a bad idea that increased the number of part-time low-wage jobs for less qualified workers. But Schmitt and his highly educated co-workers show that working conditions at all levels have been affected.

In 2003, Germany was in a poor economic state. Unemployment was at 11.6 percent. The country was called the "sick man of Europe" and was run by the Social Democrats (SPD) in coalition with the Green party. That year Chancellor Gerhard Schröder pushed through tough labor market and welfare reforms which together were called "Agenda 2010."

These reforms liberalized many labor market rules, making them more flexible. Most dramatically, the new rules made it easier for small businesses to hire and fire someone and changed the rules for part-time and temporary work. Most controversially, the reforms created an all-encompassing social benefit program called "Hartz IV." This new program guarantees a basic living allowance. At the same time it is also used to push the unemployed into seeking and taking on work that they otherwise might not have considered. 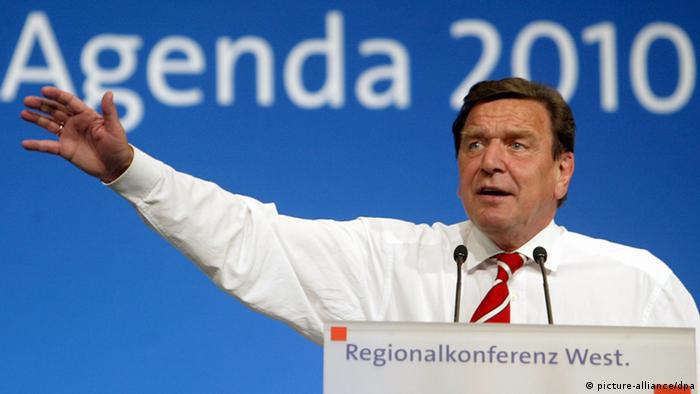 The SPD lost the support of many of its blue-collar voters who felt that Gerhard Schröder's party had turned its back on them. Soon afterwards the Christian Democrats took over power, led by Angela Merkel

Now well over a decade later, this reform package still divides the country. The number of low-paid and part-time jobs have grown. In the end though the new rules helped cut unemployment. Today, Germany has the strongest economy in Europe. The unemployment rate is 6.3 percent.

Employers still believe in the Agenda

Employers big and small have stood behind the Agenda 2010 reforms. The Confederation of German Employers (BDA) says that the program was a success: "Long-term unemployment has halved and is now below a million. At the same time, millions of new jobs have been created."

Additionally, the BDA sees a strong future by keeping the reforms in place that created the current more flexible rules: "Temporary employment can be a springboard to work: in particular this benefits young people with no experience or those who suffer from long unemployment. The majority of temporary workers are hired permanently: in the private sector, three-quarters of temporary employees have an employment perspective in the same company." The experience of Schmitt and his colleagues though tells a different story.

Election 2017 - 'correcting the mistakes of the past'

Soon after the inception of Agenda 2010 the SPD lost power. Since then it has had a tough time coming to terms with the reforms. On many occasions they have distanced themselves from the landmark legislation – letting Angela Merkel and her party take credit for today's prosperous economy.

The new SPD candidate for chancellor, Martin Schulz, is shaking things up. He is a former president of the European Parliament.

To win back traditional SPD voters by going back to the party's left-wing roots, Schulz has talked about taking a new look at the Agenda 2010 reforms. Earlier this month the party announced a program to do more than just have a second look. Called "unemployment payment Q" (after "qualification") the new program would among other things double the length of unemployment benefits in certain situations and support those looking for retraining. 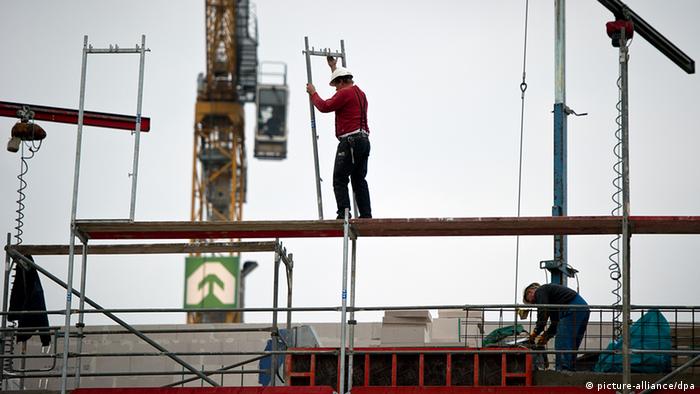 With high unemployment throughout large parts of Europe, German workers seem to have it good. But a closer look paints a somewhat different picture

A future with less reform?

If this will appeal to enough voters to bring the SPD back to power is another matter. The reforms were enacted when the country was hurting. Now that Germany is on top, many think that the time is right to be a bit more generous to workers and the unemployed. But won't this hurt businesses and take the country back to where it was in 2003?

Luckily, Agenda 2010 was not the only factor that changed the economy. "A number of studies have shown that the policies of Agenda 2010 did not create growth and employment, it was other factors: Germany's good products, which are in demand all over the world, as well as general economic impulses led to a higher demand for workers in the course of the 2000s," says Eva Völpel from the labor union Verdi.

All of those factors are still more or less in place, so rolling back parts of the Agenda 2010 reforms may not have the impact on the economy - good or bad - that some fear.

For Schmitt the physicist, jumping into another career would be difficult. And now after all these years things are finally starting to look up. He thinks that soon there will be a chance to get a permanent contract. But it wasn't his employer who saw the problem. It was the city's politicians who want to make Berlin more attractive by offering researchers more stable jobs. Politics to the rescue.

German Chancellor Angela Merkel has thanked her predecessor Gerhard Schröder for his reform agenda. The praise came at the launch of a new biography about the former chancellor: "Gerhard Schröder. The biography." (22.09.2015)

After 10 years, the 'Hartz IV' unemployment reform still divides Germany. While it is credited with cutting unemployment and boosting the economy, some on the left feel it was too hard on the long-term unemployed. (31.12.2014)