Can Germany be a new home for young Venezuelans? | Americas | North and South American news impacting on Europe | DW | 18.05.2018

Can Germany be a new home for young Venezuelans?

Propelled by a worsening political and economic crisis, more than a million Venezuelans have emigrated across the globe in search for a better life. DW talked to two young Venezuelans living in the city of Cologne. 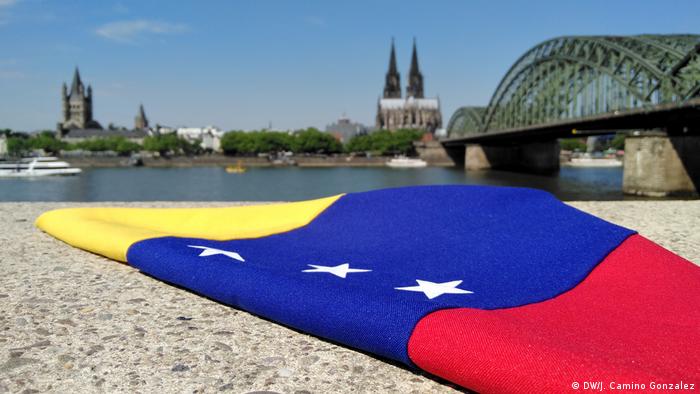 Venezuelans head to the polls on Sunday, where President Nicolas Maduro hopes to be re-elected to a second term. But far from the chaos and crises of their homeland, a growing number of Venezuelans are forging new lives abroad, as part of a diaspora that has spread all over the globe.

Marisabel Lara (32) and Andrea Biaggi (31) are skilled migrants who left it all behind to begin new lives in Germany, a country they knew little about.

Paez says there are around 3.4 million Venezuelans currently living abroad. "The fundamental reason why people leave is the political model," Paez said, which has yielded a lack of security, an economic crisis and the erosion of democratic freedoms.

By the time Marisabel made the decision to emigrate in 2015, she had done her research. As a dentist with her own practice back home, it was important for her to continue working in her career. She had an Italian passport; a legacy of grandparents who had once migrated to Venezuela for much of the same reasons she was now leaving it. 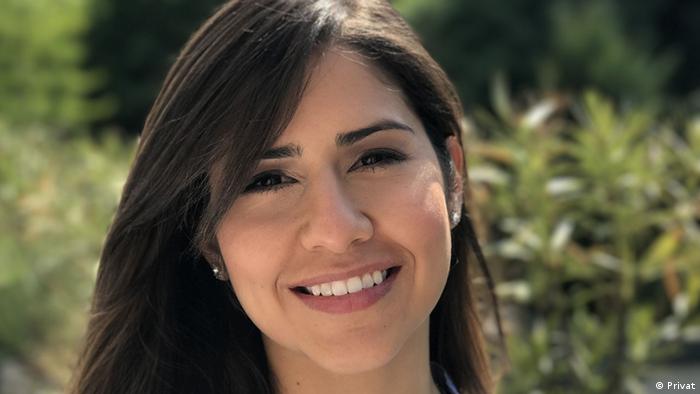 Despite initial struggles, Marisabel Lara has adapted to life in Germany and feels at home

"I had read about the shortage of qualified labor in Germany, so I wrote this government page asking if they needed dentists. They responded that they didn't, but that I could try coming anyway. I wanted to live in a place with a strong economy and with strong laws, so I thought, this is it."

She applied to be an au pair so that she could begin learning the language and have enough money to live. "I was so lucky that in the family that I was paired with, the father of the kids was a dentist with his own practice and he became a great source of support."

Andrea, who had a law degree, moved to Germany five years ago to be closer to her German boyfriend, but also to seek more opportunities for herself.

"Even though Venezuela was not in crisis at the time, I still felt I was going nowhere there, like my future was stunted. No matter how hard you worked, you couldn't save enough money, you could not move forward. I felt stuck."

Obstacles for migrating to Germany

According to Germany's Federal Statistics Office, of the approximately 10 million foreigners living in the country, only 5,610 are Venezuelan. So, why aren't more people coming?

Andrea, who does not have EU citizenship, believes that visa bureaucracy, finances, and the difficulty of the German language are the greatest obstacles. Without a job contract or the language level required to enroll at university, Andrea had to get a student applicant visa.

The visa granted her a two-year stay with limited work authorization, but would later allow her to enroll in university. Today, the student applicant visa is only valid for a maximum of six months.

"I had to provide the German government with proof of enough savings or income to support myself. Since neither I nor my family had that kind of money, I found someone in Germany who could provide me a written statement of financial support. Not everyone can do that." 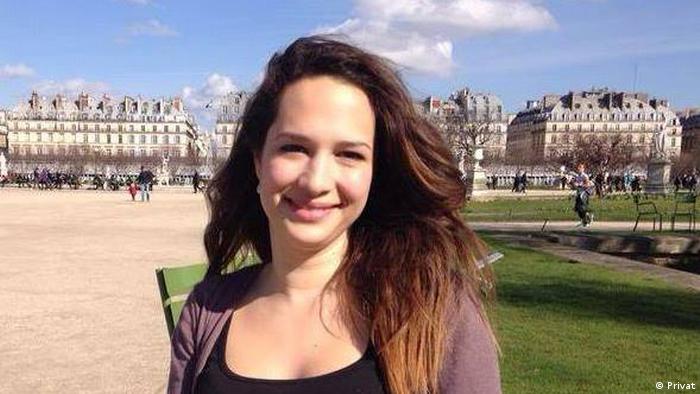 Andrea Biaggi says Germany is an attractive country for immigrants

Moreover, Andrea felt that learning the language, which took her about two years, was an arduous process. "Of course, people would rather migrate to a place where they can speak Spanish or English, rather than start from zero with a language that feels extremely difficult."

Marisabel did not have to deal with the visa process, but she agreed that the German language was an issue. "I thought I would be able to learn this language in a year, but in reality it takes about two to three years. No matter how much you push yourself, it's just too complex and that has been very frustrating."

Tomas Paez agrees. His research shows that most people opt for places where the barriers to settling are lower; where they speak the language, know people, where they have "a landing strip."

Despite the challenges, Andrea felt that Germany was a place where she could succeed. She graduated with a master's degree from the University of Cologne and was able to find a job within about eight months.

"In Germany, if you work hard, you can achieve whatever you want," she said. "To me, Germany is a land of opportunity."

Andrea sees Germany as an attractive country for immigrants. "I think people here are open, irrespective of what happened in the past. Their culture is different from ours, of course, but we are not total opposites, so I would say my experience as here has been positive."

Would they go back to Venezuela?

For Andrea and Marisabel, Cologne is now their home. Neither of them ruled out a return to Venezuela, but they cannot really imagine it.

Both women speak with great disillusionment about Venezuela and believe that the upcoming elections are a sham.

"The rule of law, independent institutions, or an independent electoral system, none of that has existed in Venezuela for years," Marisabel said. "Even if democracy was restored, our country has a crisis of values that spreads throughout society, where a survival-of-the-fittest mentality reigns, instead of honesty, responsibility and hard work."

Andrea echoed Marisabel's concerns, adding that "the economic system has almost been completely destroyed" and that Venezuela's recovery may not occur for another 20 years.

Sociologist Tomas Paez is still hopeful about the future and believes that the diaspora will play a role in such a recovery. Although respondents said they were unlikely to return, they expressed a strong commitment to help Venezuela as much as they could from afar.

Read more: Opinion: Hope is stronger than fear in Venezuela

Paez said that Venezuelan migrants give back to their country in terms of cash remittances and medicine and predicts that when the time comes, they can provide technical knowledge, language skills, political culture and other values.

"Even today, with a dictatorship that actively tries to keep the diaspora and the homeland apart, the link between Venezuelan migrants and their homeland is very strong," he said.

If what he observes is right, people like Marisabel and Andrea could turn out to be among those who help bring Venezuela back from the brink.