Germany: Net migration drops to less than half a million in 2017

Germany's statistics office has published figures for net migration to the country in 2017 with some surprise findings. The figures show more Germans are returning to the country and staying put. 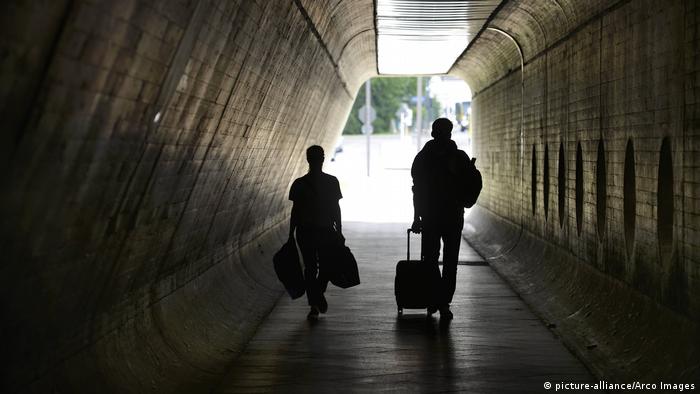 In 2017, net migration to Germany dropped by around one-fifth year-on-year to about 416,000, the Federal Office for Statistics (Destatis) said on Monday.

In published figures, the agency noted that net migration from Asia and Africa had decreased, in line with a downward trend seen in 2016.

German Chancellor Angela Merkel in 2015 famously welcomed refugees to Germany who had fled war in their homeland, especially those coming from Syria. That year, nearly 900,000 irregular migrants entered the country in what would be dubbed a migration crisis.

Europeans on the rise

The largest group surplus comprised citizens of other EU countries, with 239,000 moving to Germany to reside. The top countries of origin were Romania, Poland and Croatia, respectively.

The number of migrants coming from Balkan states also surged in 2017, with Kosovo, Serbia and Macedonia making up the largest groups.

The Berlin Wall fell 29 years ago, and Germany has been a united country again since 1990. About 83 million people live here: "original inhabitants," newcomers, migrants. Can they be characterized? (02.10.2018)

Vladimir Putin will continue to use Russian gas exports as a political lever and blackmail Europeans. They'll have to put up with it to gain time, especially if they want to win the endgame, says Andrey Gurkov.