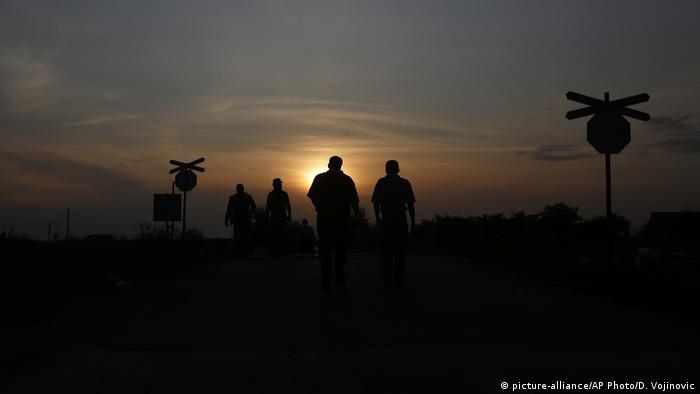 German Interior Minister Horst Seehofer on Tuesday said he does not expect Germany to see as many irregular migrants and refugees this year as projected.

Earlier reports estimated that up to 220,000 irregular migrants and refugees could arrive in Germany by the end of 2018. But that estimate proved significantly higher than the 100,000 recorded so far this year. Seehofer noted that it was unlikely the migration numbers would jump significantly by the end of December.

The remarks were made during a parliamentary session meeting between German Chancellor Angela Merkel's Christian Democrats (CDU) and their sister party, the Christian Social Union (CSU), according to the Süddeutsche Zeitung.

Read more: Opinion: An 'upper limit' on refugees — by any other name

Last year, the CDU and CSU agreed to limit the number of irregular migrants entering Germany, although it did not cap migration in general or touch on the right to asylum as enshrined in Germany's Basic Law.

The threshold, which ranges from 180,000 to 220,000, was part of an agreement both parties made before embarking on coalition talks following inconclusive elections in September 2017.

Seehofer has made irregular migration a policy priority. In June, he gave Merkel an ultimatum to find a bloc-wide solution to the question of migrants and refugees or face the possible collapse of her government.