What is Germany's constitution, the 'Basic Law'?

May teachers in Germany wear a burkha? Are comedians allowed to poke fun at everything? How do elections work in Germany? The "Basic Law" is the foundation for German society. Here is DW's video series explaining it. 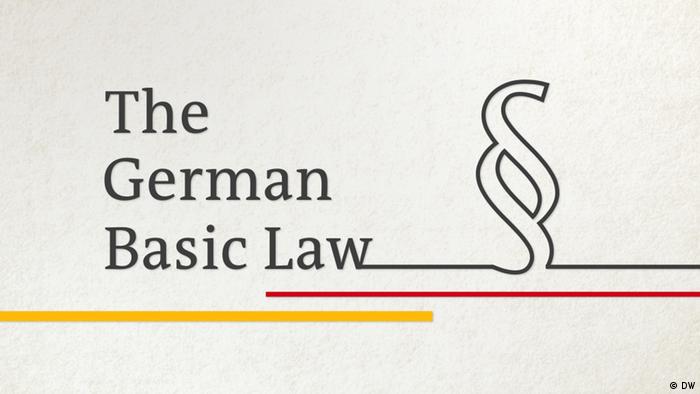 Which set of ethical values, what rules and laws are the basis of German society today? For a basic understanding, you can check out the "Grundgesetz" or Basic Law, which came into effect on May 23, 1949.

Here are some examples:

Men and women have the same rights - even if this is not always implemented.

There is no "state religion" in Germany. Everyone can freely choose their religion - and live by its rules.

Freedom of opinion is a basic right in Germany - but this does not include libel or slander. It is also not permitted to deny the Holocaust.

A child born to German parents gets the German citizenship. But there are other possibilities too.

The chancellor can appoint the cabinet ministers, but she can not dismiss judges. The Basic Law specifies which powers the chancellor, the president, the parliament and other state institutions have. The Basic Law also stipulates: Germany is a democracy.

Here you can read what refugees, who have found safety in Germany, say about the Basic Law:

Germany's Basic Law is a flexible yet stable constitution

The German constitution was originally intended to be a provisional text. But Germany's top Supreme Court judge, Andreas Vosskuhle, says it has served the country well over the last 68 years. (22.05.2017)

Freedom of assembly in Germany: Protected, but regulated 06.04.2021