Defining what it means to be German in a unified country | Culture | Arts, music and lifestyle reporting from Germany | DW | 21.10.2019 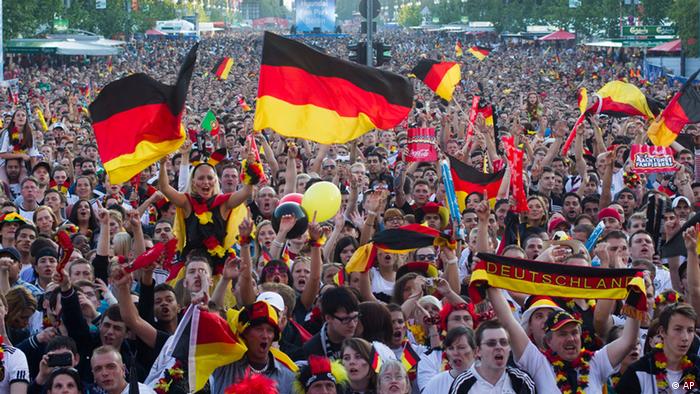 Some claim that Westphalians are stubborn and taciturn. There's a joke that fits that description, the folklore expert Dagmar Hänel said: "A Westphalian walks through Cologne. A parrot is sitting on his shoulder. A Cologne local comes up to him and asks: 'Can he talk?' The parrot responds: 'How should I know?'"

North Germans are considered stubborn and Bavarians rather of a rough nature. Swabians, for their part, have a reputation of being industrious and thrifty, while Rhinelanders are known to be particularly cheerful and open-minded. Saxons are supposedly very self-confident. But are all these stereotypes true? And how are those people who have come from all over the world to live here, to make a home, to be characterized?

Hänel is an expert on such questions. She heads up the division on folklore at the LVR Institute for Folklore and Regional History in Bonn.

DW: When we take a look at the German states and people in certain regions, why are there such cliches? 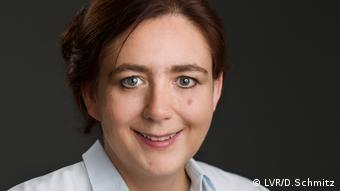 Dagmar Hänel: There are many clichés and stereotypes that refer to regions and cities. We employ such things to make our everyday life a bit more manageable. Stereotypes simplify the world and that is likewise the problem with such stereotypes.

Do the people in the 16 German states actually possess traits that can only be found in their region, i.e., characteristics that everyone there possesses and that can clearly be assigned to a region?

They do not exist because stereotypes are always generalizations. In other words, you take a few cases, or even just one, and assign those traits to everyone. That can't work. For instance, you can't say there's a typical Saxon, simply because half of them are male, the other are female. They are automatically different. A Saxon is also not automatically a right-wing extremist simply because more people with a politically right-leaning stance have attracted negative attention in the past. We can see how these stereotypes work because generalizations are made from them and images are created. These images, for example of a group, have an unbelievable impact. 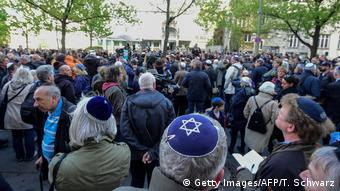 Demonstration against anti-Semitism in Berlin in April 2018

Are there also antiquated images among them?

Some of these images are very old. We have been carrying them around with us for 200, 300, 400 years. Some change over the course of time, but because they are so powerful and deeply implanted in our cultural memory, they can be reactivated very quickly and then function again. If we look at anti-Semitic stereotypes, for example, they can be reactivated extremely quickly, as we currently see in social discourse.

So can no generalizations be made about certain areas in Germany?

No, you can't generalize for regions in Germany and anywhere else in the world because people are individuals and therefore very different. Of course we all live in a certain cultural context, which creates a certain framework, but nevertheless each individual acts very particularly within it. So it's very difficult to generalize that. You wouldn't want to be put in a category yourself, but people do it all the time with other people as a matter of course.

Why do we do that?

We do this because it works so well and because it makes this very complex world a bit more manageable for the moment. When I'm on the highway and the odd little car in front of me is driving strangely, I might feel my stereotype of the "woman driver" confirmed. These stereotypes work and make our everyday lives manageable. But they are also often the basis for decisions. And if you don't keep reminding yourself that these stereotypes are images and constructions, not reality, then the whole thing shifts in the direction of prejudice. And then these stereotypes can become very dangerous.

I'm from the Rhineland and I'm glad because I think I have a beautiful homeland. That's why I believe that in many regions there is a regional identity among locals. What's your take on that? 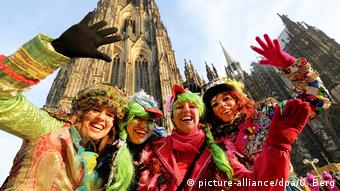 Yes, that's right. That's the positive side of stereotypes, that for example, in certain regions or also in cities the image of oneself is often very positive. That is something with which one may identify. You belong to something. You belong to it when you go to a Carnival celebration or a village fair because you meet the people you know there. You start talking and interact. That's the positive part of communication, for which these regional identities, these stereotypes are very important.

How are you affected personally?

I come from Westphalia so that makes me an immigrant here in the Rhineland, a foreigner. But through identity-forming festivals, such as Carnival, or through interaction in a neighborhood, for instance, you integrate yourself into a community. You get closer to the people. In this way one appropriates a region, a place of residence, a city to a certain extent and makes oneself a part of it.

So can we say that it is the traditions that form the identity of people in a region? 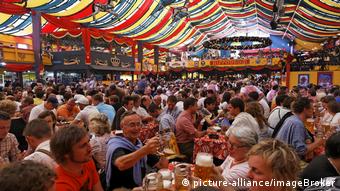 Traditions serve exactly this function: They are supposed to shape identity. There's always the question: Who is actually pondering this? Because, of course, it doesn't just happen that way; it always happens in a certain historical context. What we regard today as a tradition that creates identity — the Oktoberfest in Munich, for instance, with its  traditional costumes in Bavaria, Carnival in the Rhineland — are festivals that originated primarily in the 19th century, in the context of the nation that was being formed. The aim is very clearly to create opportunities for people to form their identity, in order to identify themselves positively in a larger collective.

At the moment the migration of foreigners to Germany is the subject of much debate. How can someone who comes from abroad acclimatize culturally?

It is essential that an immigrant first learns the German language. Language competence has a key function in all areas of life. Acclimatization works best when people —  foreigners and locals ­— can talk to each other, when differences can be discussed, when no sense of threat develops. It becomes more difficult in contexts where locals are susceptible to fear or threat scenarios that are created and partly staged via politics or media. Crisis situations are always situations where people feel vulnerable, insecure and therefore more susceptible to such scenarios of fear.

Can a migrant, a war refugee, only be happy in Germany if he or she doesn't unpack most of their cultural baggage?

No, I think you can retain a large part of your cultural identity. I think it's a very reflexive process when you sit down in peace with this baggage and search through it. You ask yourself: What is really important to me? What do I need? And I think you do that again and again — you sort things through and put new things into your baggage. It's not static, it changes — even in this current situation. I don't think you have to leave your past completely behind, but I think you can integrate it constructively.

Let's get back to the Germans: Is there a characterization that applies to all or almost all of them? 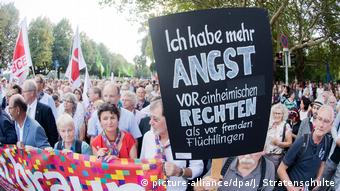 I believe that Germany now has a genuine tradition of democracy and a culture of remembrance. That is something that also distinguishes us a little from other European countries. We are Democrats, we are Europeans and we regularly cultivate a good hard look into our past and the very painful chapter of National Socialist tyranny. Most people in our society do this as a matter of course, and I am personally very proud of that.

In light of that, are you less afraid when you look at certain right-wing and far-right currents that are currently trying to pick up momentum?

Of course I'm afraid to see these currents — especially from the perspective of stereotypes and the scientific investigation of these stereotypes. What's happening is exactly what we scientists are familiar with, that such symbols, such images can be reactivated very, very quickly. The fact that this is happening in my own country also affects me emotionally.

Are you nonetheless confident that the democratic stance of the majority is stronger?

Yes, I think, for example, that the activities that are happening online under the hashtag "#We are more" (#Wirsindmehr) since the events that occurred in Chemnitz are very important. The right-wing currents and parties are a very loud minority, but a minority. And to activate the majority, to activate them in their awareness that we have a democracy, that's something very valuable.

Get to know the Germans