Migrant adults less likely to be employed in Germany — OECD | World| Breaking news and perspectives from around the globe | DW | 11.09.2018

Migrant adults less likely to be employed in Germany — OECD

Whether migrants to Germany are able to find a job seems to depend heavily on what age they arrived here. The OECD reports that past a certain age, child migrants will be much more likely to fall behind. 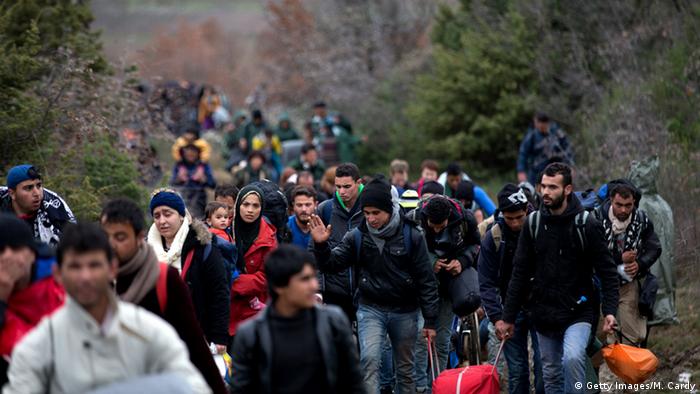 The Organization for Economic Co-operation and Development (OECD) published its extensive annual education study on Tuesday. "Education at a Glance" covers the state of education around the world, including the 36 OECD countries, as well as a number of partner countries such as China, Russia, India, Saudi Arabia and South Africa.

Among foreign-born young adults who arrived in Germany at the age of 16 or older, one-third (32 percent) are NEET, compared with only 11 percent of those who arrived by the age of 15.

One-quarter (25 percent) of foreign-born adults have a university or third-level degree, which is almost as high as the share of native-born adults (30 percent). The study did not distinguish between migrants' university qualifications obtained in a foreign country and those awarded in Germany.

The figures may reflect difficulties faced by university-educated immigrant adults in having their education and experience recognized in their host country. The report also suggests the language barrier and discrimination during the search for employment may also be contributing factors.

Disadvantages in education and in the labor market translate into differences in socioeconomic outcomes and overall well-being that transmit from parents to children, said the OSCE in an editorial published alongside the study's results.