In theory, women can become anything they want in Germany, even the chancellor. But if you look closer, it is clear that few women ever get leadership positions in the country's business, political or media worlds. 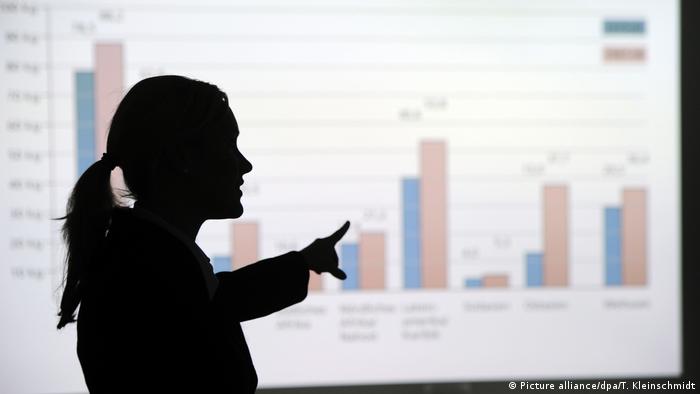 Open and progressive — that is what the European Union's most populous country wants to be. Women's equality became the law of the land 70 years ago. That means women are supposed to be afforded the same chances as men in the job market. Meanwhile, Angela Merkel, a woman, has led the country as chancellor for the past 13 years.

One would think that this sort of progress would translate into more women in leadership positions within the country's business, political and media spheres. The data, however, say otherwise. Even today, in 2018, only one-third of all leadership positions in Germany are held by women. What's more, that figure has remained stagnant for years.

So why do so few women reach leadership positions in the working world? Some say it is because they don't want them; it is too stressful, and raising children and working part-time is enough for most. Others complain that they cannot move into leadership positions because of the so-called glass ceiling — a societal barrier that keeps women from climbing up the corporate or political ladder. And others, still, say it is because of men.

When Merkel addressed members of her conservative Christian Democratic Union (CDU) party's youth wing, the Young Union, in Kiel last week, she made it clear that there were not enough women in leadership positions on its national board.

"Very male. But 50 percent of the population is missing," she said.

Of the party's 16 Young Union state boards, meanwhile, only five are led by women.

"Women enrich life, not only private life but also political life," she said. "You don't know what you are missing."

Yet for all of her disapproval over the state of equality in the Young Union, equality policy has never been a priority during her time as chancellor. She does not consider herself a feminist and stated that fact clearly at the Women20 summit in Berlin last year. Promoting women or finding solutions to the problem of balancing career and child rearing are not her core issues. 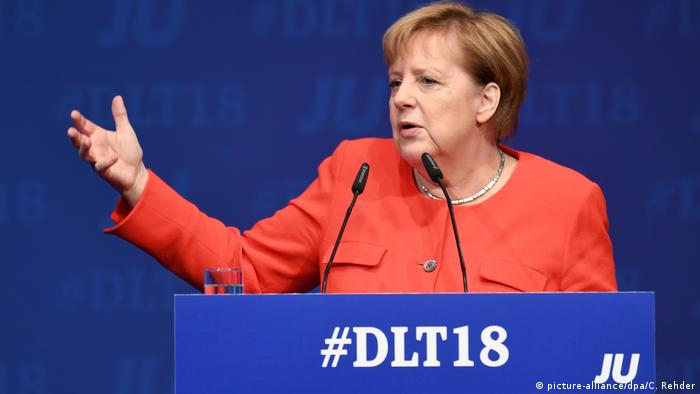 German newspaper Die Zeit recently published a study showing just how difficult it is for women to reach leadership positions in politics. Just six of the country's 15 federal ministries are headed by women and the ministries themselves are thoroughly dominated by men. German Interior Minister Horst Seehofer, leader of the CDU's Bavarian sister party, the Christian Social Union, did not appoint a single woman to any of the eight deputy leadership posts within his ministry.

Read more: Why hurling tomatoes became a symbol for the German women's movement

Things do not look much different at any of Germany's other federal authorities, either. Die Zeit's research shows that only one-quarter of them are led by women. In 2001, a bill was passed aimed at reducing that kind of gender inequality within the country's federal bureaucracy, but the results are still lacking. Merkel is not the only person to blame, but it bears noting that it was not until 2015 that she begrudgingly signed off on laws that sought similar aims for improving women's status in the business world.

In 2015, women's quotas were introduced in Germany for corporate supervisory boards — 10 years after Merkel became chancellor. Ursula von der Leyen had lobbied for such legislation as labor minister in 2013, arguing that corporate "lip service" was simply not sufficient. Nevertheless, Merkel blocked her.

Read more: Are men's clubs in Germany moving with the times?

Germany's 100 largest publicly traded and codetermined businesses (Editor's note: codetermination is a practice in Germany that grants workers seats on the board) have been legally required to appoint women to at least 30 percent of positions in regulatory bodies since 2016.

"All businesses that are obliged to do so have," said Anja Weusthoff, a board member at the Federation of German Trade Unions.

Yet, Jella Benner-Heinacher, deputy general manager of the German Society for the Protection of Securities Holders, recently lamented in Frankfurt that the balance of power on corporate boards still clearly favors men. In executive boards, which are often second only to boards of directors, it is very difficult to find women at all. 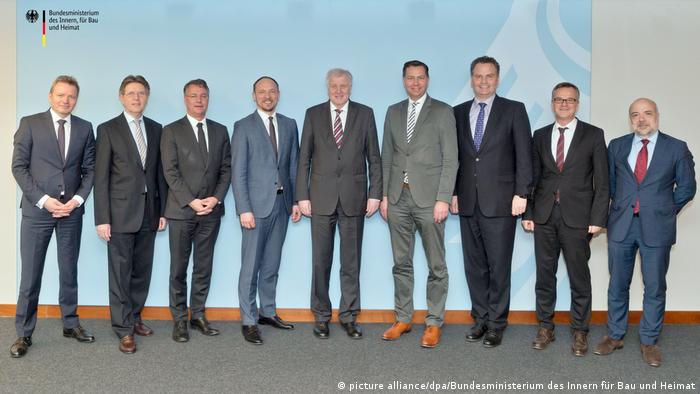 All of Seehofer's deputy ministers at Germany's Interior Ministry are male

A study by the Swedish-German Allbright Foundation found that the executive boards of 110 of Germany's 160 publicly traded companies have no female members at all — of 697 total members only 56 are women. Weusthoff said that legal quotas only apply to the regulatory bodies of publicly traded and codetermined businesses, thus they have no impact on executive boards. That is despite a wealth of studies that illustrate the importance of higher percentages of women in upper management. Although many companies have successfully presented themselves as promoting women, when push comes to shove bosses often simply look the other way. Implementing legal requirements, however, could provide one avenue to deal with the problem.

Media companies, publishing houses and public relations agencies like to think of themselves as being among the most modern businesses in society, attracting ever larger numbers of women to their respective fields. Yet, even here women are rarely found in leadership positions. Only two of the country's 12 regional state broadcasters are run by women, for instance — MDR (Central German Broadcasting) and RBB (Berlin-Brandenburg Broadcasting).

Print media does not look much brighter from an equality standpoint. For years, women have been all but excluded from editor-in-chief positions at Germany's regional newspapers. It is also widely believed that some 70 percent of all leadership positions in PR and corporate communications companies are held by men.

The ProQuote initiative is currently conducting gender equality monitoring research on the situation of women in leadership positions at Germany's largest private media companies. It is scheduled to publish its results in November.

This week a German politician turned up to work with her 6-week-old baby. The state parliament president's reaction shows that the country still has a long way to go in pursuit of gender equality. (31.08.2018)