Why hurling tomatoes became a symbol for the German women′s movement | Culture| Arts, music and lifestyle reporting from Germany | DW | 13.09.2018

Why hurling tomatoes became a symbol for the German women's movement

A new digital archive is shining a light on the history of German feminism. The archive was launched 50 years after an angry female student hurled tomatoes at student leaders, demanding to be heard. 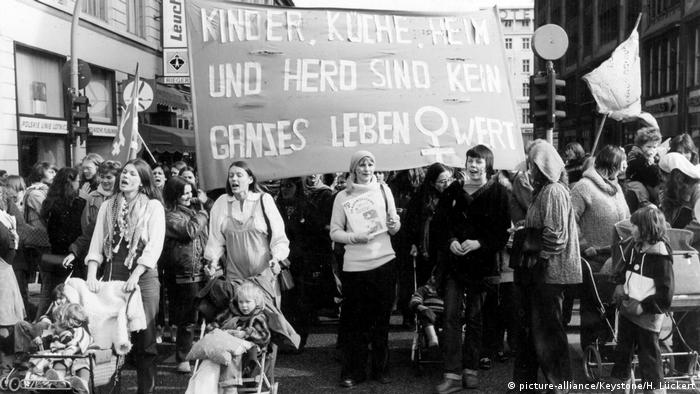 Anyone looking for information on the history of the German women's movement has a new online resource.

On Thursday, a state-funded project, the first of its kind in Europe, went online with the Digital German Women's Archive (DDF) along with its Twitter hashtag #frauenmachengeschichte ("women make history").

The coalition agreement signed by the current German government called for the creation of a central archive with the goal of preserving and raising awareness of the history of women in Germany.

"Together, we must continue to fight for the equal participation of women," said Franziska Giffey, the minister for Family Affairs, Senior Citizens, Women and Youth. She said  the DDF shows what German women have fought for over the past decades.

Women in the arts and feminism in the age of #MeToo

Thursday's ceremony in Berlin to mark the archive's launch also commemorated one of the most important moments for feminists of the new women's movement: the legendary tomato shot.

Back in 1968, the student movement in Germany was in full swing, but women weren't happy with the way the social revolution was going — it wasn't benefiting both sexes. At a Socialist students' congress on September 13, a student by the name of Sigrid Rüger angrily hurled tomatoes at a speaking panel after the male-only group had ignored criticism about the discrimination of women in the student union.

The tomato incident and its coverage in the media brought women's issues to the fore, and today it's regarded as an early manifesto and a key symbol of the West German New Women's movement. In the 1960s, men were out speaking in public while the women were at home taking care of the children, said DDF manager Sabine Balke, adding that not much has changed today.

About 40 archives, libraries and documentation centers in Germany, Austria, Switzerland, Luxembourg and Italy have collected and digitized original documents, magazines and books on women's and lesbian history. The new platform gives them the opportunity to make their material more widely accessible online.

Unlike the Netherlands and Denmark, where material on the women's movement has been collected in a single archive or history collection, material in Germany is spread out among 30 different archives. The reason for this, said Balke, is the Nazis.

After World War II, she said, women decided to keep collections on the regional level because "if one of them was forced to close, others would remain." Central facilities could easily be taken over, she said, "and our history could get lost." 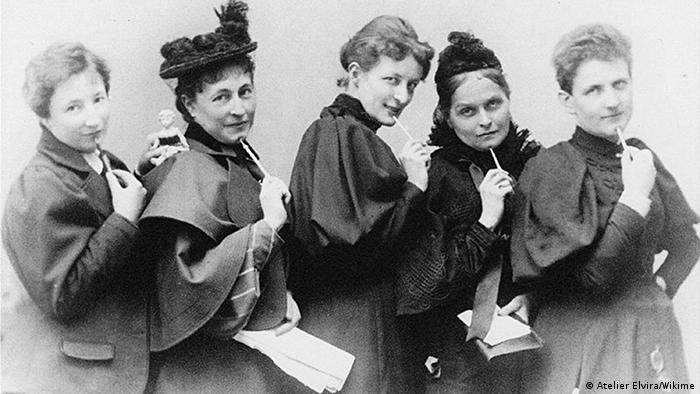 Women's rights activists in the mid-1890s have been largely forgotten

One of the most sobering discoveries for feminists in the 1960s was the discovery of the first women's movement dating back to the mid-19th century — something they simply knew nothing about.

That knowledge had gotten lost, Balke said — people might have heard of the suffragettes in England "who were much more militant" but "nobody knew Anita Augspurg or Helene Lange," or anything at all about the very active bourgeois women's movement in Germany.

That hasn't changed much, she said. But the DDF's role will be to tell people about the beginnings of the German women's movement and raise awareness of the suffragettes left out of German history books: Augspurg, Lange, Hedwig Dohm, Louise Otto-Peters and Minna Cauer.

In an interview with DW, Indian feminist V. S. Elizabeth says that although the global #MeToo movement had an impact on India, it is still restricted to the educated middle class with an access to the Internet. (15.03.2018)