Are men's clubs in Germany moving with the times?

Men's clubs are a window into German high society, but these days they are no longer exclusively male: women are joining, too. DW takes a look at this privileged, time-honored tradition. 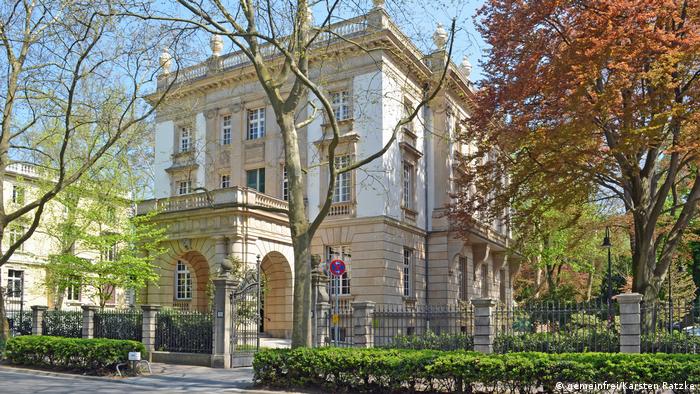 A purple carpet lines the way into the interior of the upper-crust palace in Frankfurt's classy Westend: the men's salon with wood-paneled walls, chandeliers and deer antlers looks like it's from another era. Above the red marble fireplace there is a painting of an old oak tree with a snake wrapped around it.

"As the embers feed on the embers, as the fires ignite the fires, so man learns from man in conversation." That's the motto of the 100-year-old men's club Frankfurter Gesellschaft (Frankfurt society), which meets regularly in the splendid halls of the Villa Bonn. The atmosphere of an elite men's association is palpable.

They are the who's who of Frankfurt's high society, regarded as exclusive company: bankers, lawyers, academics, politicians and artists. Christoph Franz, for example, Lufthansa CEO and chairman of the board of directors of the Swiss pharmaceutical group Roche. Jürgen Jeske, former editor of the Frankfurter Allgemeine Zeitung or Josef Ackermann, former head of Deutsche Bank, are also said to be among them, although this has not been confirmed. That's because the list of over 600 members is top secret.

There are monthly lectures by prominent guests, such as Katharina Wagner, managing director of the Bayreuth Festival. Even the chancellor is said to have given a speech here.

For women, access to the Frankfurter Gesellschaft was otherwise long forbidden, unless they attended dinners or other events accompanied by their successful husbands.

Only one woman made it into the ranks of the swish society, former Frankfurt Mayor Petra Roth. When she took office in 1995, a passionate discussion erupted over whether the club should accept a woman, or refuse entry to the city's highest official. In the end, an exception was made, leading to Roth's famous saying: "I am the only member here without a member."

Keeping up the traditional 'old days '

That's over now. Members spent years discussing the admission of women, and a vote in 2015 brought the necessary three-quarters majority. However, the actual opening of the club to the opposite sex was held back by litigation after a long-standing member of the association filed a lawsuit. 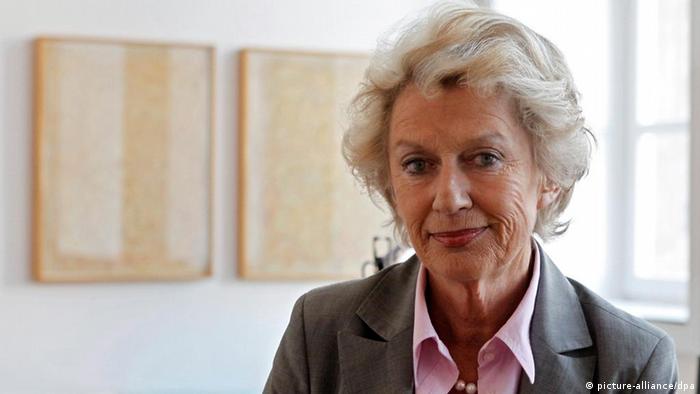 In the course of the trial, art dealer Knut Günther said he believed the real purpose of the association, the "man-to-man conversation," was in danger. The court ultimately ruled against him.

The club's guidelines state that "tolerant thinking and behavior" are prerequisites for membership. According to the court, the discussion about "opening the association to persons of all sexes" is therefore "virtually a test of the central values of the association." Since the club amended its rules for membership in 2015, several women from the business and art worlds have been admitted.

Club of the die-hards

The legal dispute tarnished the public image of conservative men's clubs in Germany. Similar associations have long since opened up to women in other cities, such as the Übersee-Club in Hamburg, the Industrie-Club Düsseldorf or the Münchner Herrenclub in Munich.

When asked why some men's clubs categorically exclude women, the answer is often that it is due to "tradition." Gisela Völger, the retired director of Cologne's Rautenstrauch Joest Museum of Ethnography who has long studied the worldwide phenomenon of men's clubs, believes gender exclusivity is rooted in a male striving for power and a hierarchization of the sexes.

Villa Bonn is not an exclusive men's refuge. Women do meet there regularly, only on other dates in "parallel events." The International Women's Club, Zonta and Cosmopolitan are exclusive women's events for successful female bosses to network and discuss important issues. But they are also something of a tit-for-tat response to the men-only meetings.

The women's club Zonta has not even tried to get into the high class Altherrenrunde, or men's club,  the organization's spokesperson, Karin Tanz, told the German daily Süddeutsche Zeitung. Instead, almost 50 years ago, working women founded their own club within the framework of Zonta International, and men are not allowed in.

As different as the clubs seem, they are similar at heart. It is about political, social and cultural issues, there is strict etiquette and members must have climbed their respective career ladders to the highest levels. They only become members if they are recommended by other club members — the perfect way to make important contacts on the side.