The German federal police are expanding their anti-terrorism unit GSG 9 and installing a special squad in Berlin. The move is a reaction to ongoing terrorist threats in the capital. 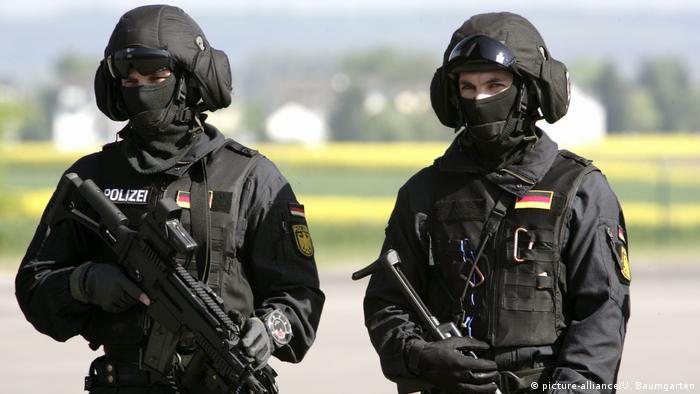 Germany's elite police squad GSG 9, which deals with terrorist attacks, is to become significantly larger and will set up a second base in Berlin.

"We're talking about around a third of the current strength of the unit," GSG 9 commander Jérome Fuchs told Berlin public broadcaster RBB on Monday, before adding that finding the right personnel would be a "big challenge," and that "fitness, strength of character, and team work" were the particular assets he prized most.

Fuchs added that the decision had been made because of an ongoing terrorist threat in Germany - and especially Berlin, which saw its first major attack in December 2016, when Tunisian national Anis Amri drove a truck into a crowded Christmas market, killing 12 people. 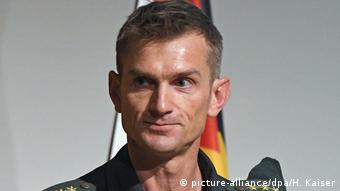 "If you look at comparable terrorist situations across Europe, then it was often capital cities that were affected," Fuchs told the station. "It is essential that we are better prepared in the capital. Our aim is clear: GSG 9 needs to be capable of quicker reactions in the capital."

Rolf Tophoven, the veteran counter-terrorism expert who wrote the first book on GSG 9 in 1977, said the move to Berlin was "overdue." "It's very important to have the strong presence of an anti-terror unit in the capital," he told DW.

"According to the German security forces, the terrorist situation has not become less dangerous, despite the military defeat of 'Islamic State' — on the contrary it could have become more dangerous," he added. "The other point is that a few things are coming to a head in organized crime, and for that it is important to have a powerful unit."

Tophoven estimates that the GSG 9 will be looking to deploy over 100 new officers in Berlin, though other anti-terror measures have also been taken. Over the last year the federal police has set up new on-call reserve units across the country to provide a first-response to terrorist attacks — whereas the GSG 9 performs planned operations.

"The GSG 9 specializes in operations for hostage situations and arresting serious criminals," Tophoven added. The unit's sophisticated weapons and training mean that it is effectively, as he puts it, a "paramilitary unit — though no police officer would like to hear that." It also cooperates with the British army's special forces the SAS and similar elite forces around Europe.

The unit is likely to struggle to find new recruits so quickly, not only because of the high physical prerequisites: new applicants have to be able to run 5 kilometers (3.1 miles) in under 23 minutes, complete a 100-meter sprint in under 13.4 seconds, and bench press 75 percent of their own body weight.

Fuchs also said that while officers would not be transferred from other special police units especially for GSG 9, applicants must already be trained police officers, ideally with practical experience.

"I think the biggest difficulty will be finding the right personnel," said Tophoven. "The selection process is very hard, and very exact - and its credo has always been that there can be no reduction in standards."

The unit's current base is in Sankt Augustin, near the old German capital city of Bonn, where it was founded in 1972.

GSG 9 (which stands for Grenzschutzgruppe 9, or literally "Border protection group") was created as a direct consequence of the kidnapping and murder of Israeli athletes at the Munich Olympics that year, when the police's handling of the event received much criticism.

GSG 9 is used both in Germany and abroad for special operations against terrorism and organized crime. Last August, GSG 9 officers carried out a series of searches in the northeastern state of Mecklenburg Western-Pomerania against a suspected far-right terrorist network. 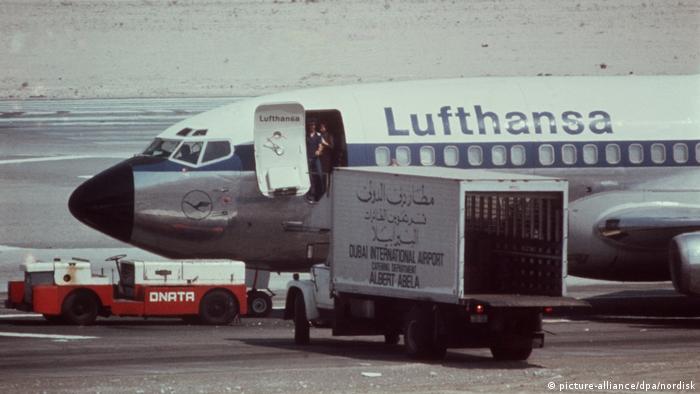 The GSG 9 rescued hostages the Lufthansa "Landshut" plane in 1977

Perhaps GSG 9's most famous operation was the liberation of over 80 hostages from a Lufthansa passenger jet "Landshut" in Mogadishu in 1977, carried out by the Palestinian terrorist group PFLP. Since its inception, according to Fuchs, GSG 9 has carried out over 1,900 operations, or about 50 a year.

GSG 9 suffered a crisis in public confidence in 1993, when an officer was killed during a shootout with a member of the leftist terrorist organization Rote Armee Fraktion (RAF) in the northeastern town of Bad Kleinen. Commanders were accused of botching the operation — and witnesses even claimed that the terrorist Wolfgang Grams had been "executed" in the aftermath, though officially he committed suicide.

Wegener was the mastermind behind the creation of Germany's elite anti-terror unit GSG-9. He became a household name in West Germany after his leadership during a celebrated 1977 rescue operation. (03.01.2018)

Landshut, the Lufthansa plane hijacked by militants linked to the Red Army Faction in 1977, returns to Germany in September. Take a look at the harrowing odyssey passengers and crew had to go through 40 years ago. (03.08.2017)

50 years after the terror attacks at the Munich Olympics, German President Steinmeier has officially asked Israeli families for forgiveness for Germany's handling of the events. In 1972, eleven Israeli athletes died after Palestinian militants stormed their compound.