For 10 days, the 1972 Munich Olympics showcased the joy of sports. Then, terror struck. Germany's mishandling of the hostage crisis and a botched rescue attempt led to the formation of the GSG 9 tactical police unit.

The 1972 Olympic Games in Munich were supposed to be a joyous occasion; Munich was set to celebrate a festival of peace. Over a quarter of a century after the disastrous war unleashed by the Nazis, Germany wanted to present itself as a modern and democratic state. Reminders of the 1936 Olympic propaganda in Berlin were nowhere to be found.

For 10 days, the Munich Games were indeed lively and cheerful – until the morning of September 5. At around 4:35 a.m., eight members of the Palestinian terrorist group Black September stormed the Israeli athletes' quarters in the Olympic Village. They demanded the release of 232 Palestinians imprisoned by Israel, along with left-wing militants Andreas Baader and Ulrike Meinhof of Germany, and Kozo Okamoto of Japan.

German negotiators were inclined to give in to the demands but Israel strictly rejected them. "If we should give in, then no Israeli anywhere in the world can feel that his life is safe," said Israeli Prime Minister Golda Meir. By the end of the day, after a poorly planned rescue attempt, 11 Israeli Olympic team members, five Black September attackers and one policeman were dead.

Munich's police chief at the time, Manfred Schreiber, admitted that law enforcement authorities were not prepared. "We were trained for everyday offenses, to be close to the people, unarmed," he said, "but not for an action against paramilitary trained terrorists." 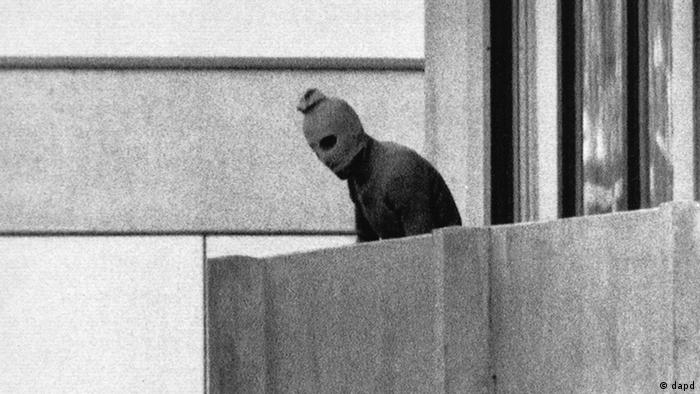 One of the eight Black September members, who wanted 232 Palestinian prisoners released by Israel

But the police actually could have prepared. Berlin historian Matthias Dahlke explained that the early 1970s were overshadowed by terror. "Airplane hijackings were practically the order of the day," he told DW. There was the Northern Irish IRA, ETA in France and Spain, right- and left-wing terrorism in Italy, and the conflicts in the Middle East.

In the run-up to the Olympic Games, Munich's police psychologist Georg Sieber had actually developed 26 terrorist attack scenarios and presented them to his team. Scenario number 21 was frighteningly similar to the actual Munich hostage crisis, as it involved an attack on Israeli athletes in the early morning hours. In an interview with DW, Sieber said that he was not the only person to warn German authorities. "There were all kinds of agencies, from America to China, who said, 'We heard something and this and that will happen,'" he said.

Sieber, now 82, raises the most serious allegations against former police chief Schreiber. It was he who was officially in charge of security for the Games. According to Sieber, Schreiber used the same line to brush off any warnings: "I am quoting literally: 'We receive laundry baskets full of warnings every day. If we were to process them all, we would have to delay the Olympic Games by 20 years.'"

Prior to the Games, Sieber had also suggested that for safety reasons, athletes living in the Olympic Village should not be divided into nationalities, but instead, into different sports. But sports officials were opposed to the idea, so it was not implemented. 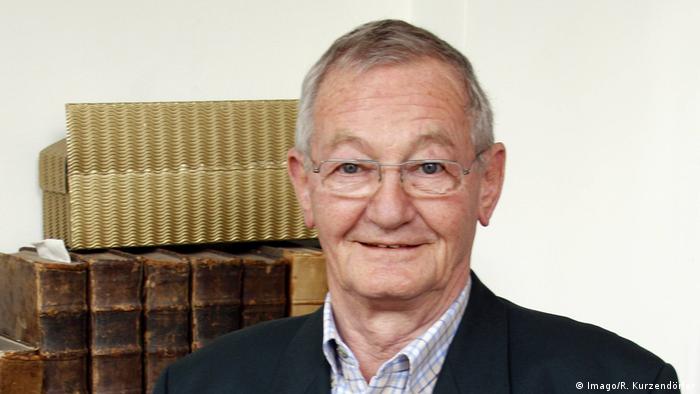 Police psychologist Georg Sieber was in Munich during the hostage crisis

The city of Munich, struck by Olympic fever, stumbled into an international disaster. "The confusing information was the main problem," said the historian Dahlke. "The different parties communicated so poorly with each other that some of the police snipers who were deployed in the end didn't even know how many terrorists were being targeted, even though others parties involved knew the exact number."

"There was a political party; there was a police force; there were several ad-hoc groups that sat down together to deliberate," Dahlke added. "But they did not follow a plan."

The situation was exacerbated by the fact that Germany's individual states were responsible for security – to an even greater degree than today – leading to confusion between state and federal authorities.

At the same time, the media provided the terrorists with information. Authorities not only forgot to switch off the electricity to the building occupied by the hostage takers, they also failed to remove the press from the Olympic village. That meant that the terrorists were able to observe how the snipers were positioned around the Israeli quarters, prompting the cancellation of one of the planned rescue operations. 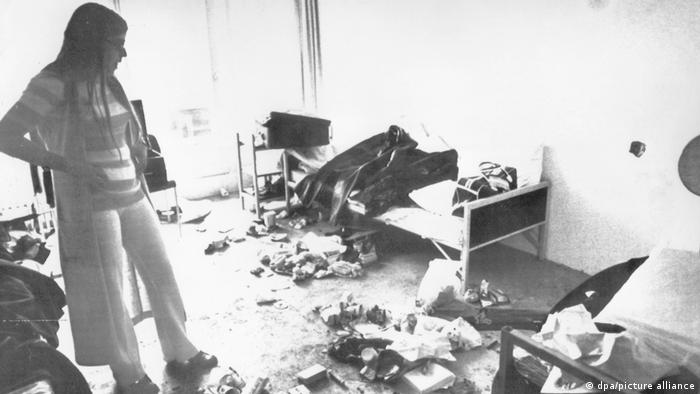 At one point, it seemed like the authorities agreed to the terrorists' demands to fly them to Cairo together with the hostages. Two helicopters took them to an airplane at the nearby Fürstenfeldbruck NATO air base that was expecting them. Only five police snipers were deployed because, as Dahlke points out, the German authorities did not know that they were dealing with eight terrorists. The snipers were poorly equipped, had no radio contact and could not coordinate their efforts.

When the Interior Ministry of Bavaria ordered them to open fire, a two-hour gunfight ensued. The armored personnel carriers for the snipers arrived later than expected. When the vehicles did show up, one of the hostage takers threw a hand grenade into the cockpit of a helicopter, incinerating the hostages and destroying the aircraft. The Israeli athletes in the other helicopter were riddled with bullets. Three of the attackers survived. Three weeks later they were released during the hijacking of a German Lufthansa flight, which infuriated Israel considerably.

To add to insult to injury, German government spokesman Conrad Ahlers declared that the hostage operation had been a success. Only hours later, the entire world found out about the failed rescue attempt and the death of the hostages. The Olympic Games resumed after a one-day pause and a memorial service. The International Olympic Committee president at the time, Avery Brundage, proclaimed: "The Games must go on!" 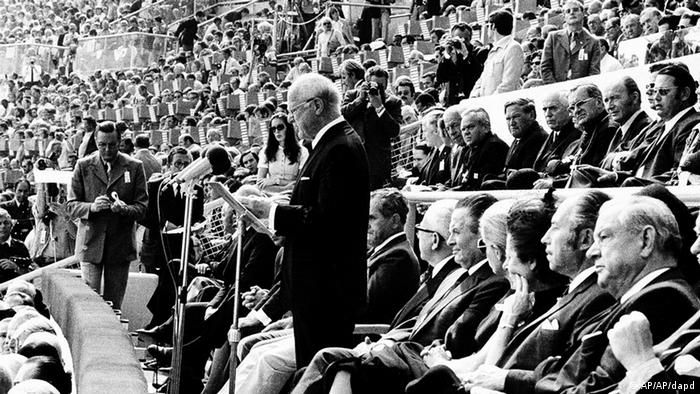 IOC President Avery Brundage declared: 'The Games must go on!'

The formation of GSG 9

As a result of the Munich Massacre, Germany founded the special police anti-terrorism and hostage rescue task force known as GSG 9. Five years later, GSG 9 experienced its baptism of fire when it successfully freed hostages on Lufthansa Flight 181 in Mogadishu, Somalia.

There were no staff-related consequences for the international debacle at the Munich Olympics. In a July 2012 issue, the German news magazine Der Spiegel described the line taken by the German Foreign Ministry on September 7, two days after the hostage crisis: "Mutual recriminations must be avoided. No self-criticism either." Manfred Schreiber was the chief of Munich's police until 1983 when he began a career in the German Interior Ministry. Police psychologist Georg Sieber, however, resigned from the police force on September 5, 1972.