A Basque newspaper says the separatist group has not abandoned its goal of achieving an independent state. A week ago, ETA gave up its arms to French authorities, ending a four decade campaign of terror. 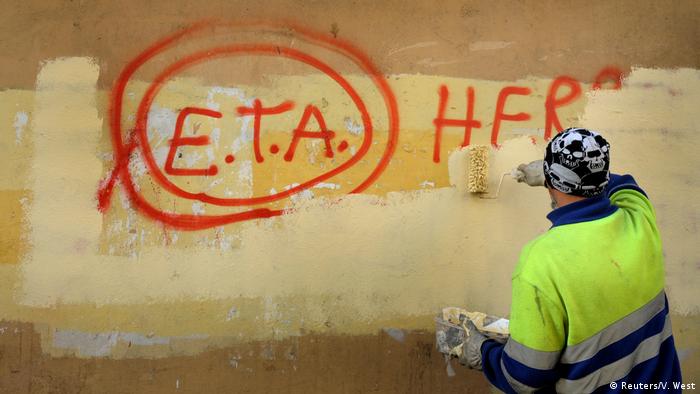 In a communiqué on Sunday in the Basque newspaper Gara, ETA said disarmament "wasn't going to be a bargaining chip, but rather a way to show the intransigence of the (Spanish and French) states and to further the independence movement."

The separatist group also told the paper it had entered a phase it which it would take "decisions from among all its members for moving forward."

WorldLink: In the face of terror

"ETA will examine the path that has been travelled and will take future decisions with responsibility," the statement said.

The group made no mention of dissolving in Sunday's communiqué.

Their statement was issued on Basque "homeland day," as the Spanish and French governments continued to downplay the significance of ETA's disarmament on April 8.

The two countries say ETA must dissolve and apologize for the atrocities committed during its 43-year campaign for an independent country bordering Spain and France. 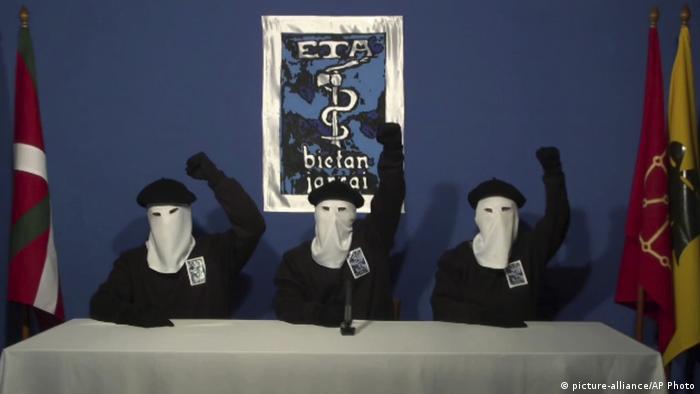 ETA announced a ceasefire in 2011, ending a 43-year terror campaign for independence for the Basque Country

ETA killed 829 people, mostly in Spain, and left thousands more injured. The separatist group was blamed for hundreds of shootings, bombings and kidnappings from the 1960s until 2011.

In 2011, amid a string of arrests of top ETA operatives and public outrage over bloodshed, ETA announced it was abandoning its armed campaign.

Two weeks ago ETA handed over a list of eight caches to French authorities, allowing police to uncover weapons, ammunition and explosives at secret locations. Around three and a half tones of arms and explosives were found.

The group had sought to negotiate its dissolution in exchange for amnesties or improved prison conditions for roughly 350 of its members held in Spain and France, and for current members living under cover. But the two countries refused.

While ETA says it will continue to push for independence, a survey last October by pollsters Euskobarometro suggested that just 29 percent Basques were strongly in favor of independence, while 37 percent didn't want it.

But almost two-thirds of Basques said they wanted a referendum to decide the region's future once and for all.

Victims of the terrorist group ETA say the move to disarm is propaganda, as nationalist parties and associations want an end to the harsh treatment of Basque prisoners. Santiago Saez reports from the Basque Country. (07.04.2017)