Police in Bavaria admit they don't have the resources to fingerprint all newcomers. In the first half of the year, almost 180,000 people - many from Syria and Iraq - applied for asylum in Germany. 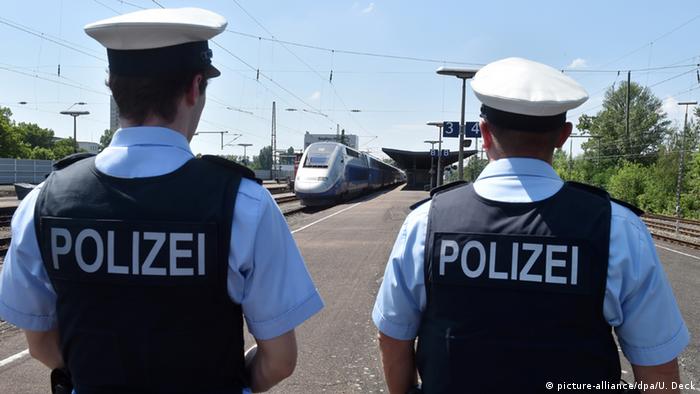 Border authorities in Bavaria have given up trying to take the fingerprints of all the refugees entering the country, reported "Der Spiegel" on Monday.

The revelations came as officials acknowledged that close to 180,000 people claimed asylum in Germany in the first half of the year.

Quoting an unnamed senior police union official, the magazine said that up to 300 people were able to cross the German-Austria border each day without proper registration due to a lack of resources.

Local media reported that around 45,000 people have entered the country this year without being properly processed by authorities.

The migrants are told to report to the next reception center, where they can be processed, but there is no way of verifying that they do.

The revelation is likely to embarrass German authorities who continually criticize other European countries, namely Italy, for failing to process asylum seekers properly.

Mediterranean countries have struggled to cope with the sheer number of migrants from Africa and the Middle East for years, many arriving by boat. The newly published figures reveal a fast-growing problem closer to home.

Between January and June 2015, 179,037 asylum applications were made, up 132 percent in the same period last year, where 77,109 claims were accepted. Officials think the full year figure could touch 450,000 applications.

Despite many of the refugees coming from Syria, Iraq and Afghanistan, officials are concerned about the number of new applications from Kosovo, Albania and Serbia.

Last month, Germany doubled its funding to states and cities to deal with the migrant crisis and earlier this year stationed border guards on Hungary's border with Serbia in a bid to help stem the wave of migrants crossing into the Schengen zone.

Interior Minister Thomas de Maiziere admitted that the current influx posed "significant challenges" for German authorities, adding that it was vital that officers singled out those "really vulnerable people" who had a right to remain in the country.

Earlier this month, the German parliament passed a law that will make it easier to deport people whose asylum application has been rejected.