Berlin to double funding to states, cities to deal with migrants

Berlin is to double the amount of money transferred to states and municipalities to help deal with a growing number of asylum seekers arriving in the country. Around 450,000 are expected to arrive in Germany in 2015. 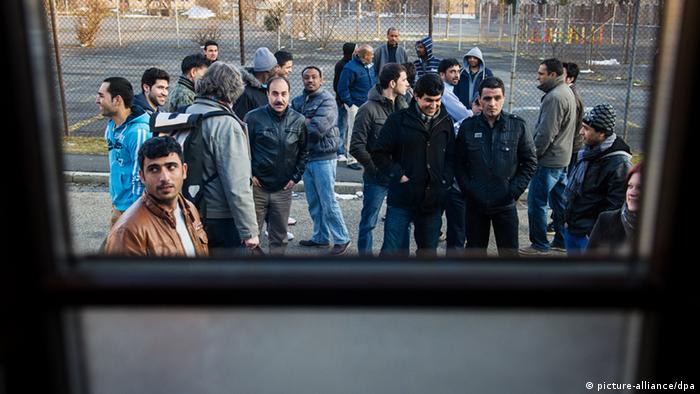 The premier of the western state of Rhineland-Palatinate, Malu Dreyer, told the Reuters news agency late on Thursday that the federal government had agreed to transfer one billion euros ($1.13 billion) to the states and municipalities in 2015.

Dreyer said she was pleased that the federal government had "moved" on the issue, during a three-hour long meeting involving Chancellor Merkel and the premiers of Germany's 16 states, as well as the heads of municipality federations.

Prior to Thursday's meeting in Berlin, the federal government had planned to transfer 500 million euros to the states and municipalities in both 2015 and 2016 to help them finance the efforts to deal with an increasing number of asylum seekers.

A statement released by the German Interior Ministry following the talks included a pledge that beginning in 2016, the federal government would contribute "structurally and sustainably to the total public costs that are created in connection with the number of asylum seekers requiring protection and refugees."

Despite the increase in federal funding, it appeared to be far too little to cover the costs associated with housing the migrants. News agencies cited unnamed sources from the states who estimated that 450,000 migrants would reach Germany in 2015, leading to extra costs for the states and municipalities of 5.6 billion euros.

Thursday's meeting, in which Vice Chancellor Sigmar Gabriel and a number of other federal cabinet ministers also took part, was to lay the groundwork for a meeting of the 16 state premiers with the chancellor next week.

Germany and other European Union countries are being forced to seek ways to accommodate a sharp increase in asylum seekers fleeing conflict and poverty in the Middle East and Africa in recent months and years.

Sea rescuers from 38 countries met in Bremerhaven to discuss the refugee situation in the Mediterranean. They warned it could get much worse this summer. (04.06.2015)

The European Commission is set to pave the way for the relocation of around 40,000 refugees within Europe. The bloc is to present details of its refugee policy later on Wednesday. (27.05.2015)