Sea rescuers from 38 countries met in Bremerhaven to discuss the refugee situation in the Mediterranean. They warned it could get much worse this summer. 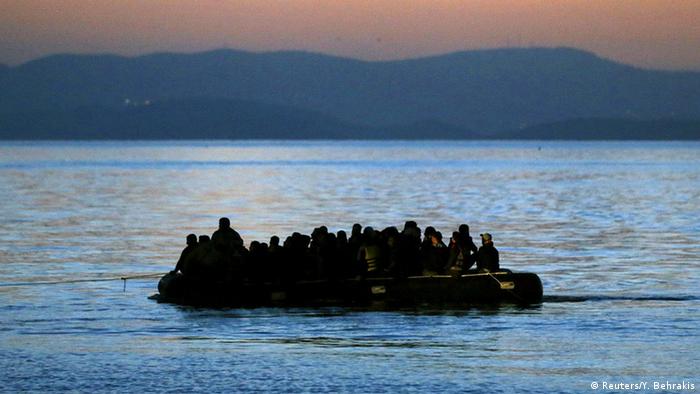 The whole world knows the images from the Mediterranean - men, women and children are sent on perilous journeys to Europe in hopelessly overfilled boats, and almost always end up in distress at sea. The International Organization for Migration (IOM) estimates that so far this year some 1,850 people have drowned in the Mediterranean attempting to reach Italy, Malta, Greece and Spain.

Rescuing people at sea, or preventing them from getting into such situations in the first place, was the theme of the World Maritime Rescue Congress in the northern German city of Bremerhaven. During the three-day meeting more than 250 sea rescuers from 38 countries shared their experiences.

Sharp decline in numbers on the Canaries

One of them was Moroccan Maritime Search and Rescue Coordinator, Mohammed Drissi. According to the EU border agency Frontex, his country is a starting point for many migrants attempting to emigrate to Europe by sea. Their destination is the Spanish mainland, which at the narrowest point of the Strait of Gibraltar is only about 9 miles (16 kilometers) away, or the Canary Islands, which are only 62 miles (100 kilometers) off the Moroccan coast. 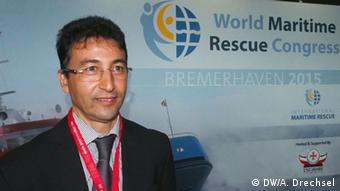 Drissi says progress has been made in rescuing people

Speaking to DW, Drissi pointed out that less than 10 years ago, tens of thousands of migrants landed on the Canary Islands. But he says one learned from the situation, and numbers have gone down drastically in recent years. According to Frontex, 275 people illegally reached the Canaries by sea last year, as compared to 31,600 in 2006.

Today, routes have moved eastward, for a number of reasons. One of them is Spain's bilateral agreements with Mauritania and Senegal, typical departure points for migrant boats bound for the Canaries. Since signing the agreement, both West African countries have been controlling their coasts and received assistance for doing so. Another reason for the move is that Spain has tightened its control of the area by improving its maritime surveillance system SIVE.

Drissi says there is yet another reason that less people are drowning on the passage to Spain these days. "It is a result of closer coordination and increased efforts. We work very closely with our Spanish colleagues. This experience is an example for others." Communication and cooperation between Moroccan Sea Rescuers and the Spanish Civil Guard were improved by workshops and exchange programs. If a single boat sets off on a course for Europe, Spanish authorities are notified. But despite these efforts, IOM says that at least 18 people have lost their lives on the western sea route to Europe this year.

The IOM cites similar numbers for the eastern Mediterranean, where it says that so far this year some 30 migrants have lost their lives trying to reach Greece. In contrast, an estimated 1,800 men, women and children have drowned along the 250-mile (400-kilometer) central Mediterranean route during the same period. For that reason, rescue operations have been concentrated on the maritime area between Libya and Italy.

Konstantinos Mitragas, general secretary of the Hellenic Rescue Team, told the Bremerhaven congress that Italy and Greece nevertheless share a similar situation. Italy has processed 45,000 migrants this year, but Greece has also registered some 35,000, the second highest number in the EU. Most of these migrants arrived by sea. 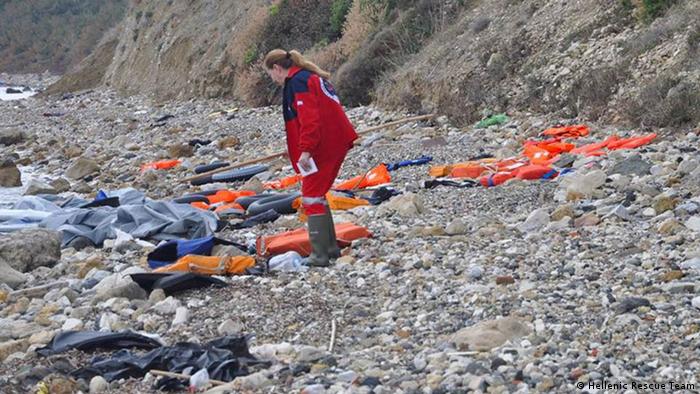 Many refugees now head for Greece, rather than Spain

The situation risks getting much worse

According to Mitragas, the fact that so few people have died in Greek waters has to do with the short distance they have to travel. "It is only about five or six miles from the western coast of Turkey to the neighboring Greek Islands. And the sea is much safer there than in the open waters of the Mediterranean." He thinks the number of migrants attempting the crossing will explode during the summer months, because many refugees assume that the weather is better during the summer. Actually, it is quite the opposite. In summer the region is much windier and the waves much higher than in winter. "Most refugees don't know that. The number of dead will likely rise this summer - though I hope not."

Mitragas participates in the sea rescues himself, he says, "The situation is always critical when it is about saving human lives, no matter where the people come from. But it is most difficult when babies or children are involved. That moves you even more."

Mitragas says he also wishes that there would be more support for the rescue and care of the refugees - both for Italy and for Greece. "The problem is going to escalate soon, especially as the 'Islamic State' marches on and the situation in Syria deteriorates."

Norway has already reacted to the situation off the coast of Greece. The Norwegian Society for Sea Rescue announced in Bremerhaven that in a few weeks time one of its ships will reach Greece, where it will remain stationed for six months. Yet, the delegates from the World Maritime Rescue Congress were unanimous in the opinion that that is just one of the many steps that will need to be taken to save refugees.

Cambodia has received its first group of refugees under an agreement reached with Australia to take them in permanently in return for millions in aid funds. The deal has been slammed by rights groups. (04.06.2015)

Germany and France have called for the EU to revise proposals for coping with a huge influx of migrants arriving by sea from Africa. The plan foresees the two nations taking in large numbers of them. (01.06.2015)