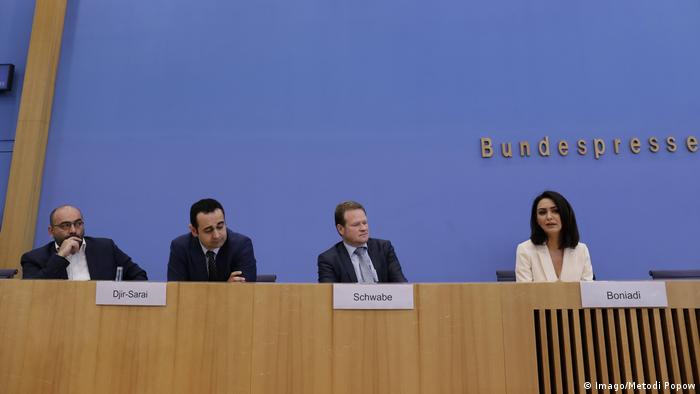 Three Bundestag members from different parties joined forces with a British-Iranian actress in Berlin on Monday to condemn the human rights situation in Iran — even as the precarious state of the Iran nuclear deal, and Tehran's influence in the Syrian crisis, is weighing heavily on diplomats' minds.

"The reality is that human rights have deteriorated significantly in Iran," said Nazanin Boniadi, an advocate for the Center for Human Rights in Iran and an actress who appeared in the US television series Homeland. "Peaceful political dissent lands one in prison, demonstrations are met with violent state suppression, suspicious deaths of detainees in Iranian prisons are rising dramatically."

Boniadi, who was born in Tehran around the time of the Iranian revolution in 1980, also described "systemic gender apartheid" in the country: Women advocating equal rights are regularly imprisoned, while homosexuality is illegal and can carry the death penalty or forced gender reassignment surgery. Most prominent among women's right defenders at the moment is Narges Mohammadi, winner of the 2018 Andrei Sakharov Prize, who is serving a 16-year sentence in the notorious Evin prison. 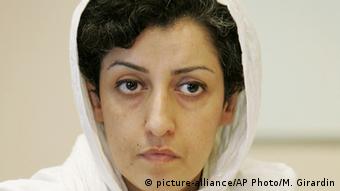 The labor situation in Iran is also draconian — workers go unpaid and are often beaten during protests, while trade union activity is suppressed, and workers' rights advocates — like school teacher Esmail Abdi — are imprisoned. Abdi announced last week that he was about to begin a hunger strike while serving in Evin prison.

The nuclear deal in danger

The West's Iran policy has currently entered a particularly critical phase, after US President Donald Trump set a deadline of May 12 for European negotiators to save the Iran nuclear framework deal set up in 2015.

Trump, whose circle of advisors now includes two major Iran policy hawks in Secretary of State nominee Mike Pompeo and National Security Advisor John Bolton, remains opposed to the deal that committed Iran to limiting its nuclear energy program. The deal was considered a major diplomatic achievement for Trump's predecessor Barack Obama, and signed by the US, the UK, Russia, France, China, Germany and the European Union.

Earlier this year, Trump said the US would pull out of the agreement unless EU negotiators "fixed" what he saw as flaws in the deal, specifically in four areas: Iran's ballistic missile testing, its destabilizing behavior in the region, inspections of suspected nuclear sites, and so-called sunset provisions that gradually allow Iran to resume advanced nuclear work after several years. Two senior US officials said this week that the sides were close to agreement on missiles and inspections but "not there yet" on the sunset provisions.

Green party Bundestag MP Omid Nouripour, also born in Iran, told Monday's press conference that the US must not be allowed to scrap the treaty. "Everyone agrees the treaty has to be saved," he said. "May 12 is our deadline. We'll be hoping and lobbying for the treaty to be preserved."

He counted off three reasons why the deal was vital to peace and security in the region — and therefore in Germany's national interest: "Firstly, without the treaty, there are no inspections, and that means that's the quickest way to Iran getting the bomb. Secondly, if Iran gets the bomb, you can be sure that other states in the region, especially Saudi Arabia, will also try and get the bomb, so the terrible situation in the Middle East would also be nuclearized. We don't want that. And the third thing is: this issue is distracting too much from other issues like human rights."

Nouripour argued that "if we could finally calm down the situation, if Washington could stay calm on the issue of nuclear negotiations, it will be significantly easier to talk about applying pressure on the question of human rights and Iran's regional aims."

Another issue that was raised at the press conference was Germany's significant business interests in Iran, which have benefited from the lifting of sanctions. In July 2015, then-German Economy Minister Sigmar Gabriel led the first Western diplomatic mission to Iran after the signing of the nuclear deal — bringing a large business delegation with him.

At the time, Germany was already exporting €2.4 billion ($3 billion) worth of goods to Iran, and business leaders were expressing the hope that this could be quadrupled over the coming years.

An Iranian court has sentenced Sadegh Zibakalam to 18 months in prison. The prominent political analyst is accused of "spreading lies and propaganda against the Islamic Republic" in an interview he gave to DW. (13.03.2018)

Ayatollah Mahmud Hashemi Shahroudi was responsible for overseeing hundreds of death sentences as head of Iran's justice ministry. Many in Germany were outraged by his stay in the country and filed complaints against him. (11.01.2018)

Syria's civil war erupted out of the Arab Spring protests that swept much of the Middle East and North Africa in 2011. The conflict has since drawn in multiple warring factions from around the world. (16.10.2017)