An Iranian court has sentenced Sadegh Zibakalam to 18 months in prison. The prominent political analyst is accused of "spreading lies and propaganda against the Islamic Republic" in an interview he gave to DW. 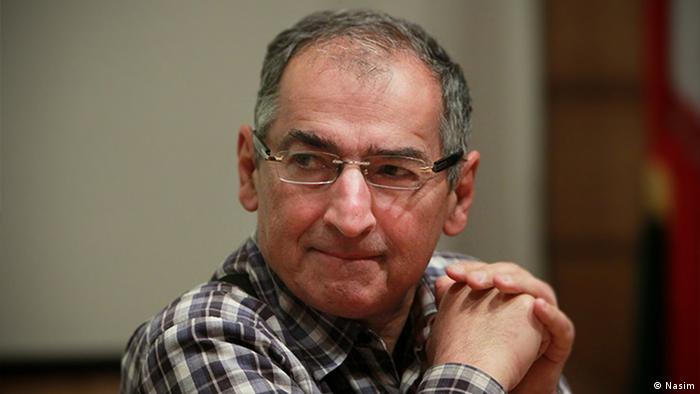 The Islamic Revolutionary Court handed down a jail sentence to Sadegh Zibakalam on Tuesday, citing critical comments he made during an "interview with a Persian-language foreign medium."

Zibakalam, a professor of political science at the University of Tehran, spoke about the recent unrest in Iran during an appearance on Deutsche Welle's Persian program in January.

The court accused the academic of using the interview to spread "false information" and "propaganda against the Islamic Republic." He was also banned from giving public speeches, publishing articles, giving interviews, and being active on social networks and the internet.

Demonstrations are spreading across Iran

Speaking to DW by phone immediately after the ruling, Zibakalam said the verdict's text described Deutsche Welle as a "counter-revolutionary and hostile website."

DW Director Peter Limbourg said "classifying the media as hostile is symptomatic of dictatorships, like the regime in Tehran."

"They seem to be aware of their own weakness to be casting such verdicts. We will monitor the case of Prof. Zibakalam closely and support him."

Read more: Protests in Iran: The genie is out of the bottle

Under Article 500 of Iran's criminal code, such propaganda-related offenses carry a sentence of between three and 12 months. The Revolutionary Court delivered a much harsher verdict in Zibakalam's case because he is considered a "repeat offender" — he was sentenced to 18 months in prison in 2014 for the same charge but the punishment was subsequently downgraded to a fine.

Zibakalam said he planned to appeal the 18-month sentence.

In his interview with DW in January, Zibakalam commented on the "disappointment of the demonstrators in the entire system apparatus" and said that "if there were a referendum on the political system in Iran now, 70 percent of the people would say no to an Islamic Republic."

In December, tens of thousands of people took part in nationwide protests against corruption and economic hardship. More than 20 people were killed and around 450 were arrested in the unrest.

DW's Persian program has been blocked in Iran since 2009. Alexander Freund, head of DW's Asia programs, said the allegations against Zibakalam were completely unfounded.

"The reprisals against our interviewee are absolutely unacceptable," he said, adding that the blockade of DW's Farsi program should be immediately lifted.

Sadegh Zibakalam studied political science at the University of Bradford. He is the author of several bestselling books, including How Did We Become What We Are? and An Introduction to Islamic Revolution.

Tens of thousands demonstrators have turned out for pro-government rallies in several cities across Iran, state television reported. The marches follow days of deadly unrest sparked by economic hardship in the country. (03.01.2018)