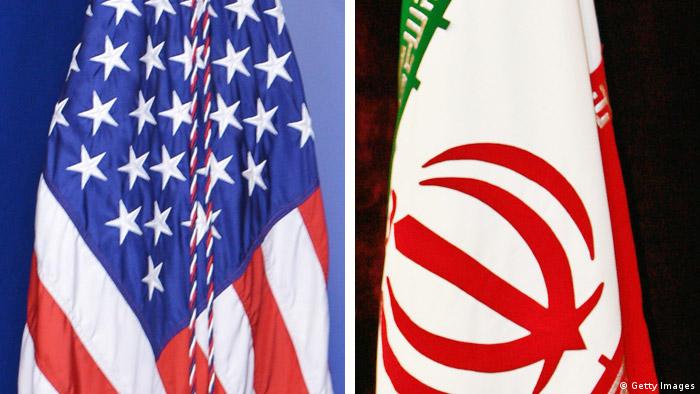 The shuffle replaces a "moderate" who sought to keep the United States in the 2015 Iran nuclear deal, with a hard-line Iran hawk who shares Trump's views on the international accord and rolling back Tehran's influence in the Middle East.

Shortly after the announcement, Trump indicated disagreement with Tillerson's diplomatic approach towards Iran was behind the decision: "When you look at the Iran deal, I thought it was terrible, he thought it was okay. I wanted to either break it or do something, he felt a little differently. So we were not really thinking the same."

Pompeo is one of Washington's sharpest critics of the Iran deal.

The replacement of the United States' top diplomat comes as a May 12 deadline set by the Trump administration in January looms over the Iran nuclear deal, or Joint Comprehensive Plan of Action (JCPOA).

Absent a "fix" to the agreement – which most analysts agree was unrealistic – the US is prepared to walk away from the international accord drawn up with the P5+1 partners (China, Russia, Germany, France, the UK). This has set the US on a collision course not only with Iran, but also its European allies.

DW spoke to four US-Iran foreign policy experts to get their quick take on Tillerson's departure and what it means for the Iran nuclear deal.

Trita Parsi, president of the National Iranian American Council and author of Losing an Enemy – Obama, Iran and the Triumph of Diplomacy

"The firing of Tillerson and appointment of Pompeo furthers a dangerous trend in which Trump is increasingly surrounding himself with foreign policy hawks who fully support his erratic and belligerent foreign policy. Though Tillerson was not very effective, he nevertheless was an obstacle against Trump killing the nuclear deal with Iran.

Trump: Tillerson and I 'disagreed on things'

Pompeo, on the other hand, has been an ardent opponent of this multilateral agreement. The Iran nuclear deal is increasingly on life support as a result of this decision.

For Europe, this means that any illusions about appeasing Trump and meeting him halfway are doomed to fail. Trump clearly is not interested in compromise, as his appointment of Pompeo shows.

If Europe wishes to keep the nuclear deal as well as stand up for the principle of multilateral diplomacy, it needs to adopt that much firmer position against Trump's threats against the very notion of diplomacy and multilateralism."

"The Europeans have been working with Tillerson and his team on coming to some sort of a complementary approach that keeps Europe in the nuclear deal, but addresses some of the concerns of the Trump administration.

Tillerson has been viewed as in the 'moderate' camp in the White House in terms of being one of the adults in the room that could reason with the president and either sway or influence him into a more pragmatic position, particularly on the nuclear deal.

Compare that to Pompeo, who has come out very much opposed to the nuclear deal. He takes a very hawkish position on Iran, whether on the nuclear issue or regional issues. He takes a one-dimensional view on Iran as being equal exclusively to the Islamic Revolutionary Guard Corps, rather than having a non-monolithic political structure which makes it possible to have pragmatic, negotiated diplomatic outreach with the leadership.

This is quite different from Tillerson, who said the US needs to have diplomatic engagement with European allies to come to a unified position on the deal. 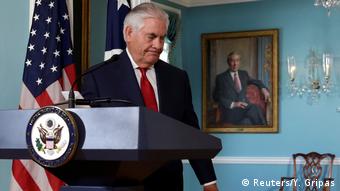 With Tillerson, Europe may find it has a much more difficult partner to negotiate with over the Iran nuclear deal

With Pompeo, we might see different rhetoric from the State Department. The US will try to utilize the Pompeo appointment to turn up the heat on the Europeans to show they are serious about walking away from nuclear deal unless Europe bends to ultimatums. So far the Europeans have resisted pressures.

A bleak silver lining to all of this is perhaps that the true nature of Trump's White House is coming to light, with the moderate voices now being fully sidelined. It places the Europeans in a dilemma, but in my opinion makes it much more clear that the Europeans need a contingency plan (to keep Iran in the deal) if the US walks away."

"My view is that the appointment of Pompeo will not fundamentally alter or change the view of the administration or the president on this deal. We knew before the president is critical, has been critical of this agreement. It is an agreement of his predecessor, Barack Obama, so he doesn't like it just starting with that reason. But the fundamental implications have remained the same. You can of course criticize the agreement. But it is a done deal.

Röttgen: US President has a very particular style

"Tillerson reliably pushed back on Trump's worst inclinations when it came to Iran. Tillerson understood what the P5+1, the US military and intelligence community, and the expert consensus described as a JCPOA that was working as designed and effectively staved off an Iranian nuclear weapons capability. Trump is ideologically opposed to the deal for brazenly irrational reasons. Tillerson subtly (and unsuccessfully) tried to save the JCPOA from Trump. 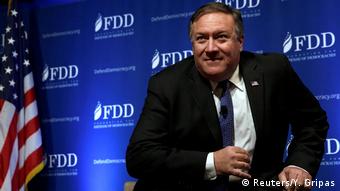 Pompeo recently spoke at the Foundation for Defense of Democracies, a pro-Israel, anti-Iran think tank

Pompeo, however, is just as much, if not more, of a hard-line foreign policy hawk than Trump. He is deeply hostile to the JCPOA and toward Iran in general. Pompeo has even advocated for regime change in Iran.

As CIA director, he declassified misleading material to depict the Iranian government as in cahoots with al-Qaeda, a measure reminiscent of the Bush administration's dishonesty in the lead up to the Iraq War.

There is a deadline in mid-May for Trump to waive nuclear-related sanctions on Iran, consistent with US obligations under the JCPOA. Trump has threatened he will not do so, effectively abrogating the deal, unless a tougher deal is imposed on Iran unilaterally. This was surely a plan developed closely with Pompeo, as Tillerson was increasingly sidelined. If the JCPOA falls apart, it will not only destroy an historic success for peace and diplomacy, it will also put the US and Iran back on the path to conflict – a future that seems to greatly appeal to both Pompeo and Trump."

Many foreign firms have decided to strengthen business ties with Iran after the easing of sanctions on Tehran. But the US president's announcement to decertify the 2015 nuclear deal may get them into trouble. (16.10.2017)