What are Donald Trump′s objections to the Iran nuclear deal? | Americas | North and South American news impacting on Europe | DW | 20.09.2017

The US president is threatening to pull the country out of the 2015 Iran nuclear accord. DW examines why Trump is considering dropping the deal and who shares his concerns on Iran. 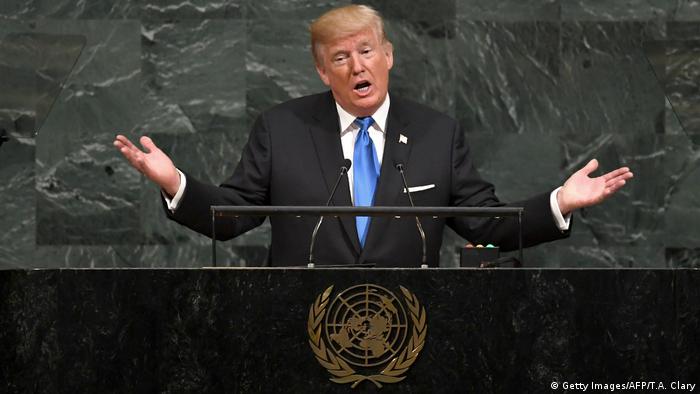 The "worst deal ever." That is how US President Donald Trump describes the 2015 landmark Iran nuclear accord.

The Trump administration has demanded that the nuclear accord be fixed by May 12, otherwise, the United States may reinstate sanctions on Tehran and effectively kill the accord despite Iran's compliance.

Both the US State Department and the International Atomic Energy Agency (IAEA) confirmed that Iran has abided by the agreement, and nuclear non-proliferation experts and other international powers that brokered the deal are pressing the White House to stay in.

So why is the Trump administration against the nuclear accord?

The answer lies with the deal's alleged weaknesses and, equally important, non-nuclear related issues that the Trump administration would now like to bring onto the negotiating table, such as Iran's ballistic missile program and the Islamic republic's expanding influence in the Middle East.

Read more: Donald Trump and the Iran nuclear deal - a crisis in the making

What does the Iran nuclear deal do?

Under the 2015 deal negotiated between Iran and the P5+1 (US, Britain, France, China, Russia and Germany), Tehran agreed to dismantle its nuclear program in exchange for the lifting of crushing international sanctions and the unfreezing of billions of dollars in frozen Iranian assets. Under the deal, Iran is permitted to maintain a small amount of nuclear-related activity and uranium stockpiles for research and medicine purposes.

However, the quantities are far below any threshold that would allow the fast and unannounced development of nuclear weapons. In effect, Iran is allowed peaceful nuclear research just as any other country.

Objection: delay but not prevent

At the time of the deal, Western intelligence agencies estimated it would take Iran as little as one year to produce a nuclear weapon. The 2015 accord restricted Iran's nuclear-related activities for 10 to 15 years. After this period expires, the deal will need to be renegotiated or Iran could theoretically restart its nuclear weapons program. 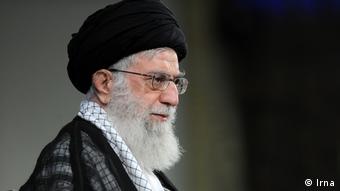 If Iran then were to choose to pursue nuclear weapons, it would start from a lower starting point that would buy time for the international community to respond.

But the Trump administration finds this 'sunset clause' —  essentially the accord's expiration date — to be problematic because it delays, rather than prevents, Iran's development of a nuclear bomb. The White House's concerns echo Israel's, which has argued that the nuclear issue cannot be kicked down the road.

However, the Trump administration argues that the nuclear accord does not provide access to restricted military sites that could be used for a covert weapons development program. It has demanded that inspectors gain access to these sites, something that Iran has rejected.

Supporters of the deal argue that any covert program would be spotted through existing monitoring provisions of existing facilities and supply chains.

The wording of UN resolution authorizing the nuclear deal is vague on ballistic missiles. It "calls upon" — but does not require —Iran not to carry out work "related to ballistic missiles designed to be capable of delivering nuclear weapons."

But the Trump administration argues that the missile program violates the nature of the deal and views it as a threat to US Gulf Arab allies and Israel. The US has slapped a number of sanctions on Iran over the program, causing Tehran in turn to accuse the US of going against the spirit of the accord. 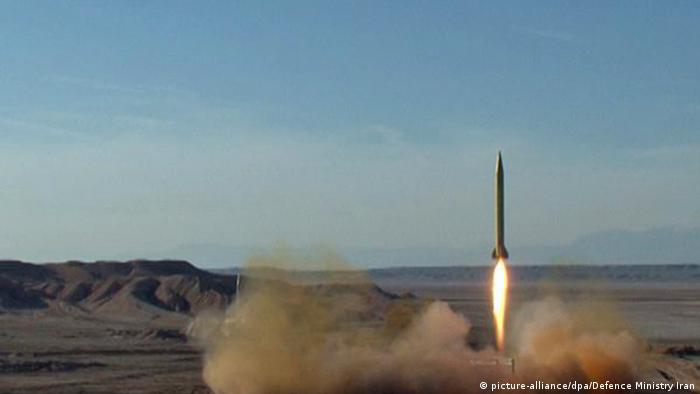 Under the nuclear deal, a good chunk of Iran's internationally frozen assets, worth some $100 billion (84 billion euros), were released. The Trump administration argues that is bad because this money can be used to fund Iran's "destabilizing activities" in the Middle East and support of terrorist groups.

US grievances include Iran's hostility to Israel, its engagement in Syria and Iraq, and the Islamic Republic's wide regional support for various Shiite militant groups including Hezbollah in Lebanon and the Houthi rebels in Yemen, as well as for Hamas, the militant Islamist organization in the Gaza Strip.

Furthermore, Washington and Israel are concerned that the Islamic Revolutionary Guard Corps (IRGC), a security and military organization separate from the regular armed forces, and Hezbollah are setting up bases on Israel's doorstep in southern Syria. 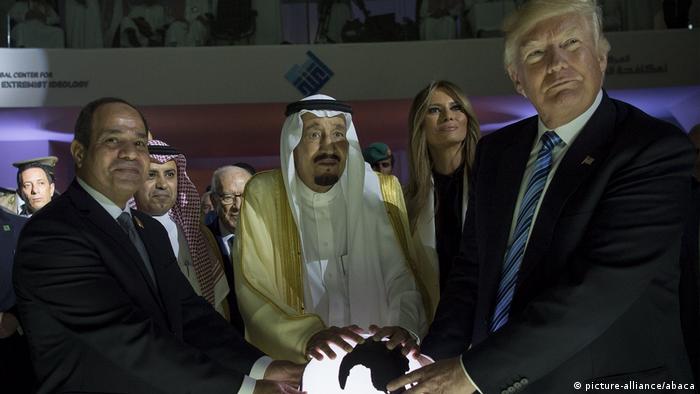 In May, Trump opened a combating extremism center with Arab and Muslim allies in Saudi Arabia. At the time, he had sharp words for Iran.

Who objects alongside Trump?

Internationally, Trump's view of the deal reflects that of the Gulf Arab monarchies and the right-wing of the powerful Israel lobby in the US. Both the Gulf monarchies and Israel are concerned about Iran's expanding influence in the Middle East and the end of Iran's international isolation through the lifting of sanctions.

Israeli Prime Minister Benjamin Netanyahu has repeatedly lambasted the nuclear deal and lobbied the Trump administration to pull out. However, current and former Israeli intelligence and military officials have said that while the deal is not perfect, Iran has not violated the agreement and a US withdrawal would backfire. 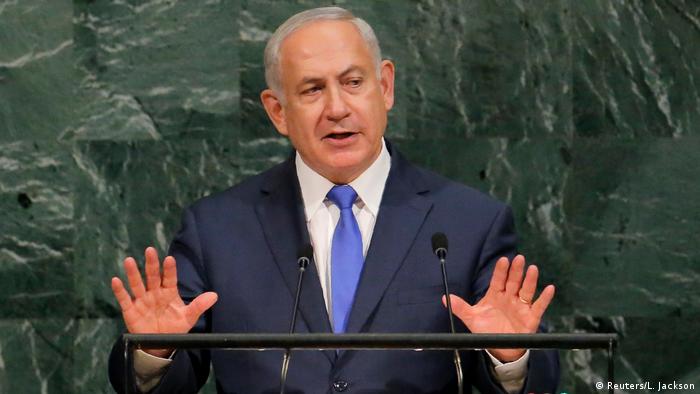 Netanyahu praised Trump's hardline comments on Iran at the UN.

Defense Secretary James Mattis, National Security Adviser H.R. McMaster, White House Chief of Staff John Kelly and Secretary of State Rex Tillerson, are reportedly in favor of the US staying in the deal, despite advocating a strong line against Iran.

How could Trump break the deal?

Trump faces an October 15 deadline to certify to the US Congress whether Iran is complying with the nuclear deal. If he does not certify compliance, Congress could impose nuclear-related sanctions, effectively killing the 2015 deal. However, it remains unclear how the Republican-controlled Congress would respond.

French President Emmanuel Macron has urged his US counterpart not to abandon a landmark deal with Iran during a meeting in New York. In his UN debut, Trump said "bureaucracy" was holding back the world body. (18.09.2017)

In his first UN address, US President Donald Trump has mocked North Korea's leader and threatened to "totally destroy" his country. He also took aim at Iran, but left one key question open. Michael Knigge reports. (19.09.2017)