The Lebanese Shiite Islamist group Hezbollah has benefited from the war in Syria. Backed by Iran, it has expanded enormously militarily. Its presence in Syria also makes it a threat to neighboring Israel. 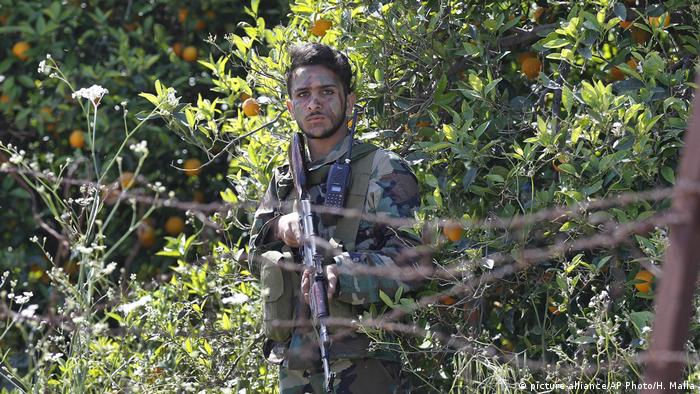 It was a bombshell - for more than five days, the Lebanese military was fighting the terrorist organization "Islamic State" (IS), whose militia have penetrated parts of the Syrian Qalamoun Mountains. Its foothills reach as far as Lebanon and the IS jihadis have proved themselves well equipped.

"The Lebanese military supported by the resistance movement, Hezbollah and the [Iranian] nation, recorded some significant victories over the IS terrorists," said Hossein Jaberi Ansari, the Iranian deputy foreign minister, during a recent visit to Beirut.

The Lebanese army working with Hezbollah's paramilitary militia - such an alliance was previously unthinkable. For a state institution such as the Lebanese military to ally itself with the Islamist group, with roots in and support from Iran, is noteworthy. Not least because according to the political scientist Eitan Azani, Hezbollah "operates as a state within a state." 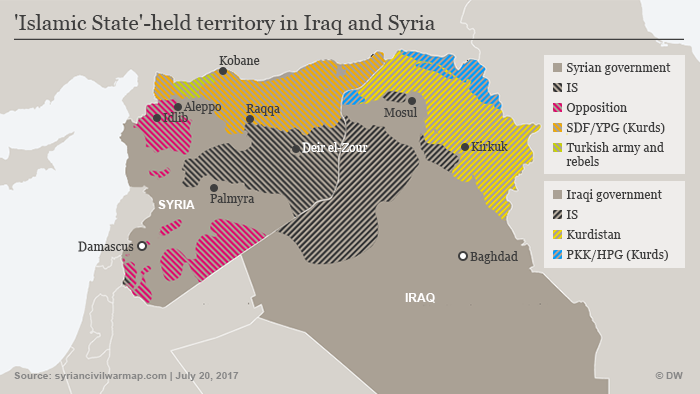 "The independent politics of the Lebanese organization created conflicts and tensions in their relationship with the Lebanese state," Azani said in his book on Hezbollah. "One of the main points of conflict between the movement and the government was Hezbollah's resistance policy, which in many cases was in conflict with the interests of the government, thus undermining the processes that they tried to initiate."

The tensions this created in the 1990s can still be seen today. Hezbollah remains an independent body in Lebanese politics. Although it has been represented in the Lebanese National Assembly since 1992, it has also maintained its largely independent paramilitary. In 2006, they fought with the Israeli military, which resulted in a war lasting about a month.

"The coalition of Maronites [a collection of Christian churches], Sunnis and Druze has one main concern," writes the Turkish analyst Timur Goksel. And that is "to keep Hezbollah from using its weapons and its political weight to change the political and economic balance of the [current] Lebanese system, which is based on religion." 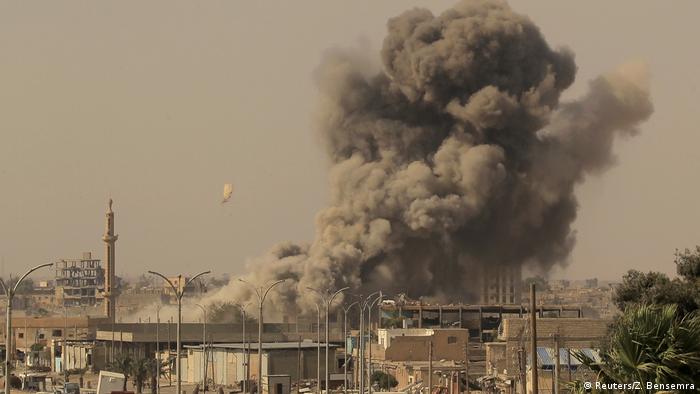 War rages on in Raqqa, Syria

The fact that the Lebanese army is now cooperating militarily with this barely controllable partner, and also sees Iran as a partner, is causing serious concern in Israel. The fear is that Hezbollah could use the alliance with the Lebanese army to pursue its own agenda against Israel, even more forcefully than it has before.

Several months ago, Hezbollah leader Hassan Nasrallah issued massive threats against Israel. Should Israel attack Lebanon or Syria, he said in June, "hundreds of thousands" of Arab and Muslim fighters would be ready to strike back. In the event of such an attack, it was entirely open as to "whether this struggle is limited to Lebanon and Israel or Syria and Israel," he said.

In the middle of August he went on to say that an attack on Israel would be "a hundred times" greater than in previous conflicts. He also threatened Hezbollah could attack the Israeli nuclear reactor at Dimona. Previously, he had already named a huge ammonia tank at Haifa as a possible target. Its explosion would have devastating consequences for the city and its population. This sparked a discussion in Israel about the transfer of the tank into a safer area.

It is becoming increasingly clear that Hezbollah, in association with Iran, is one of the great winners of the war in Syria. Nasrallah's self-confident words about the hundredfold strength of the organization may be exaggerated, but it indicates that Hezbollah is profiting enormously from its role as the military arm of Iran. Initially, Iran had the goal of not losing Syria, its most important and, at the same time, its only state ally in the region. During the course of the war, however, a new goal emerged - an uninterrupted land road, across Iraq and Syria, to Lebanon.

'A stone's throw from the border'

At the same time this means Iran's sphere of influence extends as far as Israel. "Hezbollah is only a stone's throw from the Israeli border," the head of the Israeli military reconnaissance service, Herzl Halevi, said.

Hezbollah is thus given new weight. Since it also has a presence in Syria and will remain there in the foreseeable future, it also represents a whole new danger to Israel's geopolitical strategy. It could now not only be attacked from the South of Lebanon but also from the Syrian western frontier. This would almost double the length of the front.

An attack is currently unlikely, as a third of the Hezbollah fighters are engaged in the Syrian war zone. In addition, the organization has suffered heavy human and financial losses. In the long run, however, there is a danger of war.

Israel is drawing several conclusions from the new situation. On the one hand, there are calls to no longer distinguish between Hezbollah and the regular Lebanese army. "The Lebanese army is a Hezbollah wing," says Mordechai Kedar of the Begin Sadat Center for Strategic Studies at Ramat Gan in conversation with the Jerusalem Post.

The newspaper itself also points out that arms supplies from Western countries - it mentions France and the US - to the Lebanese army would sooner or later end up in the hands of Hezbollah.

In addition, Israel has for the first time admitted to attacking arms shipments to Hezbollah "dozens of times" in recent years, as the newspaper Haaretz quoted an unnamed Israeli commander. The escalation of a war in the Middle East was a "trivial" phenomenon, Amir Eshel, the commander of the Israeli Air Force, was quoted by Haaretz as saying.

Such an escalation should be avoided, he added. The army, he said, could not win such a war within a few hours. But it was so far developed that it could "dramatically reduce" their opponent.