Benjamin Netanyahu calls Donald Trump a "true friend of Israel." The country's right sees his win as an opportunity. Politicians across the spectrum have emphasized the unbreakable continuity of US-Israel cooperation. 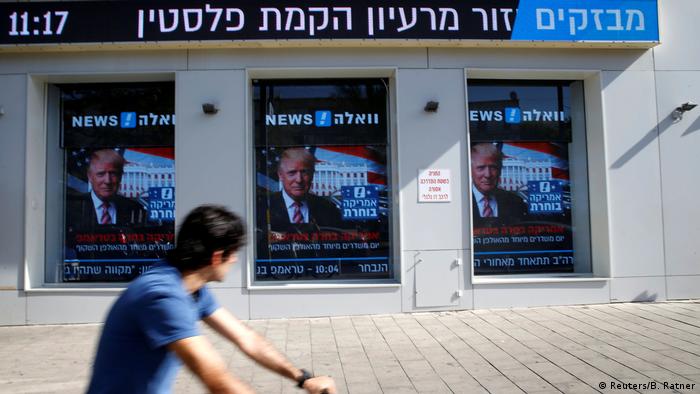 President Donald Trump in the White House - what does that mean for Israel? The media reacted with shock; the politicians with a mixture of congratulations and caution.

Education Minister and head of the nationalistic-religious party The Jewish Home Naftali Bennett was among the first of the Israeli politicians to congratulate the US president-elect. He said Trump's win was "an opportunity for Israel to immediately retract the notion of a Palestinian state in the center of the country, which would hurt our security and just cause," adding that "the era of a Palestinian state is over." 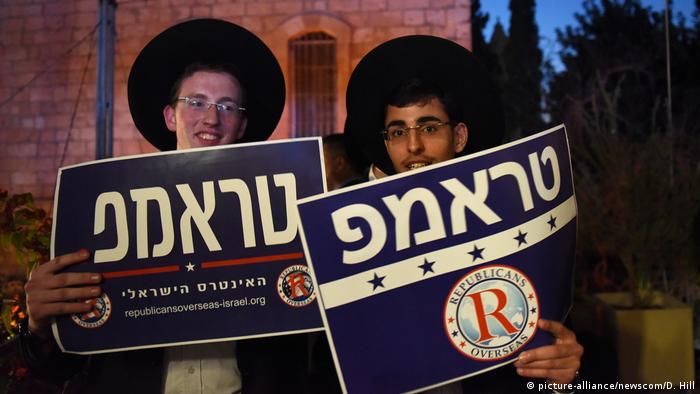 Hours after the result was in, Prime Minister Benjamin Netanyahu offered his congratulations, stating that "Trump is a true friend of the State of Israel," and that he was certain the two would continue to strengthen the unique alliance between Israel and the United States, and "bring it to new heights." Ahead of the election, Netanyahu had made a concerted effort to stay neutral, meeting with both candidates in New York City. In the last US presidential election, the Israeli prime minister was sharply criticized for his solid support of Republican candidate Mitt Romney.

According to polls, the majority of Israelis were in favor of Clinton. But most Netanyahu supporters and other voters on the right considered Trump the better candidate for Israel. Many see the Barack Obama years as a tense time for Israeli-US relations. And Trump's announcement that he will "dismantle the disastrous deal with Iran" goes down well with many in the country. The effectiveness of the deal is disputed, and preventing a nuclear Iran is one of Israel's top security concerns.

What's more, Trump pledged to recognize Jerusalem as the "undivided capital of Israel" if elected and to relocate the US embassy there from Tel Aviv. The citys mayor Nir Barkat called Trump a "devoted supporter of Jerusalem" and said that he expects the embassy move soon. But Trump isn't the first US president to have made that promise. Even Obama stated his support for Jerusalem as the "undivided capital" of Israel in 2008, when he was still a senator. 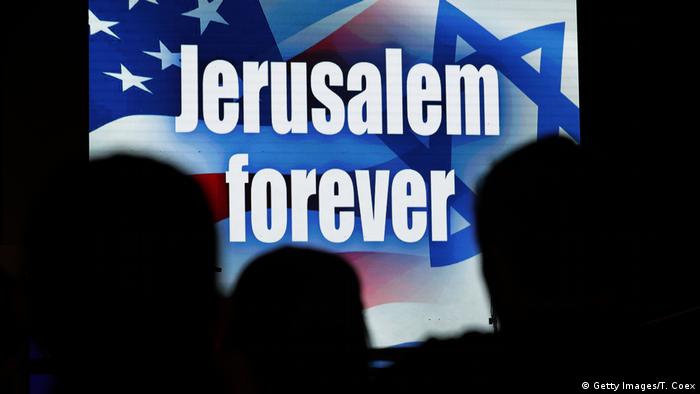 Finance Minister Moshe Kahlon of the centrist Kulanu party, whose focus is on lowering the costs of living in Israel, was among the well-wishers. "We look forward to working with the new administration and enhancing the strategic and economic ties between us," he stated.

For the opposition in Israel, Tuesday's US election result is a bitter disappointment. Knesset MP Dov Khenin of the Joint List, a political alliance of four mainly-Arab parties and the third-largest faction in the Israeli parliament, called it the victory of "an angry majority." Harsh words also came from the leader of the left-wing Meretz party, Zehava Galon: "Trump built his candidacy on inflaming fear and hatred. For him, it worked. He opened his campaign with hate against Mexicans, then easily passed on to hate against Muslims, Jews and women." 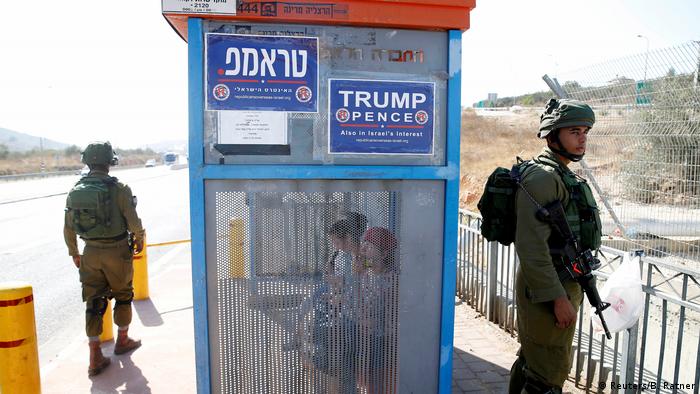 Most of the opposition politicians were more diplomatic. Isaac Herzog, head of the center-left Zionist Union, the second-largest party in the Knesset, warmly congratulated Trump on his Facebook page: "The American democracy today chose to place at its forefront an American leader who taught the analysts and doubters that we are in a new era of change and a replacement of the old ruling elites." The phenomenon of pollsters getting it wrong is a familiar one for Europeans following the Brexit referendum. But Israel is familiar with it, too - Herzog himself was predicted victor in the last Israeli elections, but in the end, Netanyahu prevailed.

His fellow party member Shelly Yachimovich stressed that "the alliance between Israel and the United States is our most important strategic asset, and is essential for our security. The entire political spectrum in Israel must preserve and strengthen it under any administration." The former foreign minister, Tzipi Livni, also of the Zionist Union, congratulated Trump curtly on her Twitter account. On television, she voiced the hope that Trump would meet with Netanyahu, Palestinian President Mahmoud Abbas, and leaders of Arab countries in order to truly understand the vital interests of each and to "try to find a common denominator."

US President Obama pledges 'well-executed' transfer of power to Trump

Defeated Democratic candidate for the US presidency Hillary Clinton has made her concession speech. She had telephoned president-elect Donald Trump early Wednesday to congratulate him on winning the electoral vote. (09.11.2016)

John Bolton, former National Security Advisor for Donald Trump, calls for the fall of the Iranian regime in DW interview