Iran has complained that new US sanctions against it are an effort to sabotage its 2015 nuclear deal with world powers. Tehran said it would not be drawn into a trap, but warned it would respond in a "smart" way. 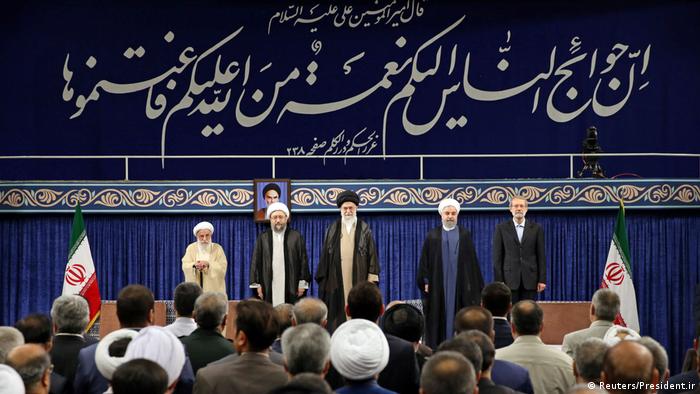 Iran on Thursday claimed the latest US sanctions against the country go against the spirit of the 2015 nuclear agreement. US President Donald Trump signed the measures into law on Wednesday, which target Iran's missile program and human rights violations, neither of which were covered by the deal.

"We believe that the nuclear deal has been violated and we will react appropriately," Deputy Foreign Minister Abbas Araghchi told state television. "We will certainly not fall into the trap of US policy and Trump, and our reaction will be very carefully considered."

"We will not react with countermeasures, instead we will refuse to be drawn into this game and proceed with a level head."

Read more: Iran vows to continue missile program as tensions with US flare 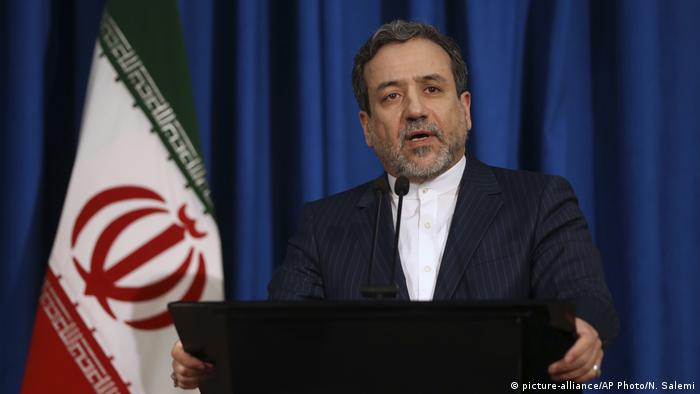 Araghchi said Iran had drawn up a list of 16 measures, but he did not elaborate beyond saying that some would improve Iran's armed forces.

The US measures would include mandatory penalties on people who are involved with Iran's ballistic missile program, as well those who do business with them.

The law is also to apply an arms embargo and terrorism sanctions to Iran's elite and powerful Revolutionary Guard. 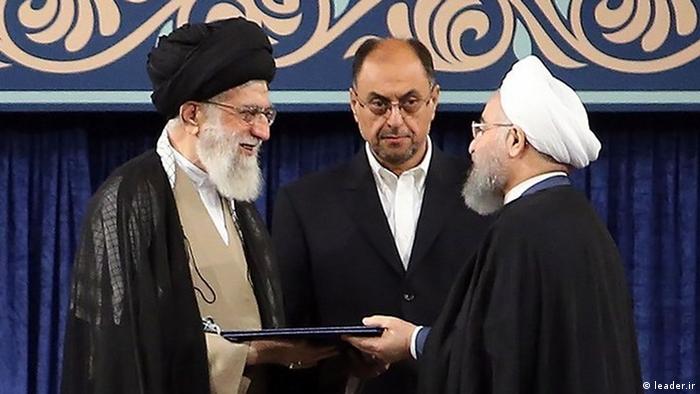 "We will never accept isolation," Rouhani said at his inauguration. "The nuclear deal is a sign of Iran's goodwill on the international stage."

Just last week Rouhani had said Iran would "take any action that is necessary for the country's expedience and interests" and show "reciprocal" reaction to the law.

"Saudi Arabia's new leadership is intent on cutting Iran down to size, and to date, there has been no high-level political contact between Tehran and Washington," said Vaez. "All of which significantly increases the odds of a deliberate or inadvertent confrontation, which could send the entire region into deeper chaos and bloodshed.

"The nuclear deal could become collateral damage in a destructive tit-for-tat as the US either imposes new economic sanctions or pushes back against Iran's regional policies."

Donald Trump has said he would like to dismantle the Iran nuclear deal that the administration of President Barack Obama agreed. During the presidential campaign, Trump described the accord - struck between Tehran and the P5+1 group including Britain, China, France, Germany, Russia and the US - as the "worst deal ever."

However, the White House admitted in mid-June that the Islamic Republic was abiding by the terms of the 2015 agreement, which eased sanctions on Iran in return for the country limiting its ability to produce material to build nuclear weapons.

The prospect of non-nuclear sanctions was raised shortly after that. Iran's response at the time was defiant, promising "reciprocal actions with high costs."

The head of the Revolutionary Guard, Gen. Mohammad Ali Jafari, even went as far as to say that - if the military branch were targeted by sanctions - then all US forces within 1,000 kilometers (620 miles) would be in danger, apparently referring to the range of Iranian missiles.

In response to the threat of sanctions, the Iranian parliament voted to allow more funding for the Revolutionary Guard's foreign wing, the Quds Force, which the US claims is responsible for stoking unrest in the region.

The US, along with Britain, France, Germany and the United Nations, on Wednesday warned that the testing of a rocket capable of delivering satellites into orbit was a threatening and provocative step.

The bill, which was passed almost unanimously, would slap new sanctions on Russia, Iran and North Korea. In addition to straining ties between the US and Russia, it could also raise tensions with the EU. (26.07.2017)