The bill, which was passed almost unanimously, would slap new sanctions on Russia, Iran and North Korea. In addition to straining ties between the US and Russia, it could also raise tensions with the EU.

US House passes sanctions against Russia

The US House of Representatives on Tuesday overwhelmingly endorsed a bill that places restrictions on President Donald Trump from loosening sanctions on Russia, a measure that could tie his hands as he seeks a reset in relations with Moscow.

Lawmakers voted 419-3 to pass the legislation, which also imposes a new round of sanctions on Russia, Iran and North Korea.

The bill "tightens the screws on our most dangerous adversaries in order to keep Americans safe," House Speaker Paul Ryan said after the vote.

The legislation must now go to the Senate, where it is likely to pass before being sent to the president's desk, possibly as early as August. 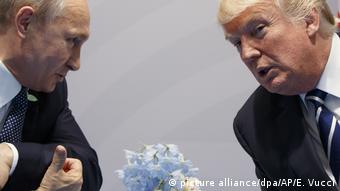 The relationship between Trump and Putin, seen here at the G20 meeting in Hamburg in early July, remains unclear

The bill is a rare case of Republicans allying with Democrats against their own president, whose administration has been plagued by investigations into alleged Russian meddling in the 2016 election and possible collusion between the Trump campaign and the Kremlin.

A key feature of the bill is a requirement for the president to seek permission from Congress before removing sanctions on Russia – an attempt to block any unilateral move to lift sanctions.

The Trump administration is against the bill, arguing it interferes with executive authority and ties its hands in conducting foreign policy.

Trump has not said whether he would veto the bill. On Tuesday, the White House said it supports tough sanctions on Russia, Iran and North Korea but wants to see the final bill that comes out of the Senate before committing.

Congress has what appears to be a veto-proof majority.

The sanctions package punishes Russia for alleged meddling in the US presidential election and military interventions in Ukraine and Syria.  The sanctions target among other things Russia's energy sector by limiting or prohibiting US firms from financing and working on some Russian energy projects.

Russia has warned against the new sanctions and their impact on relations with the US, but has said it would wait until the final wording of the bill is clear.

"We consider such a continuation of the rhetoric of sanctions counter-productive and harmful to the interests of both countries," Kremlin spokesman Dmitry Peskov said Monday.

Any sanctions package is likely to severely restrict Trump's efforts to establish a working relationship with Russia as the two sides seek to pave over heated differences by finding areas of mutual interest to cooperate.

"The compromise bill is likely to add considerably to tensions between Moscow and Washington at a time when Trump and Russian President Vladimir Putin are still reaching for low-hanging fruit … to set the US-Russia relationship on a conciliatory track," the geopolitical intelligence firm Stratfor wrote in an analysis.

It noted that Russia could retaliate against the United States by escalating or playing a spoiler role in any number of areas, ranging from Ukraine and Syria to Afghanistan and North Korea.

EU ready to react 'within days'

The Russian bill has also raised concern with the European Union because it could result in fines and other measures against companies involved in the Russian Nord Stream 2 gas pipeline project or other joint energy projects.  It would also limit the access of European energy firms to US banks.

The sanctions have particularly unnerved Germany and Austria, home of large energy companies that could be negatively impacted by the new bill. On Wednesday, German Foreign Ministry warned that Berlin "could not accept" the US using sanctions against Russia as a tool of industrial policy. Germany is willing to coordinate with the US on sanctions against Russia and North Korea, a spokesman said. 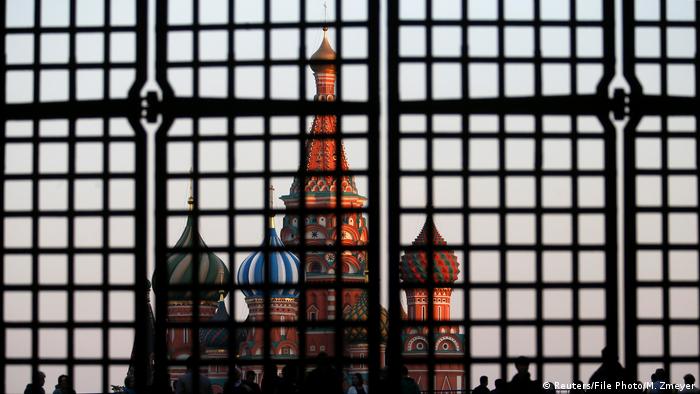 If the US were to sanction European firms, it would further tensions across the Atlantic and could trigger retaliatory actions from the EU, which opposed unilateral action from Washington that upsets what has been a coordinated sanctions regime against Russia over Ukraine.

"If our concerns are not taken into account sufficiently, we stand ready to act appropriately within a matter of days," he said in a statement. "The US bill could have unintended unilateral effects that impact the EU's energy security interests. America first cannot mean that Europe's interests come last."

Juncker added that the EU was  "raising its concerns via all diplomatic channels with the US and its counterparts."

The Iran sanctions target the country's ballistic missile program, "destabilizing" activities in the Middle East and human rights abuses. Iran argues the sanctions violate both the letter and spirit of the international nuclear agreement.

Under the deal, Tehran agreed to abandon its nuclear program in exchange for international sanctions being dropped.   Both the US State Department and International Atomic Energy Agency have confirmed Iran has abided by the agreement and dismantled its nuclear weapons program.

North Korea would similarly be further punished for its nuclear and missile programs, but the Senate prefers to keep those separate from the Iran and Russia side of the legislation.

A bill supported by the Democrats and the Republicans would give Congress the power to review any change in foreign policy toward Russia proposed by President Trump. The sanctions also target Iran and North Korea. (23.07.2017)

Ukraine president calls for an end to Russian aggression

Ukrainian president Petro Poroshenko has demanded Russia end support of rebels in eastern Ukraine as Germany and France try to mediate a resolution. The rebels have claimed they want to establish a "Little Russia." (25.07.2017)