A report by the German Institute for Human Rights says German labor laws are utterly inadequate in protecting foreign workers' rights. Foreign laborers are often forced into hardships out of fear of losing their jobs. 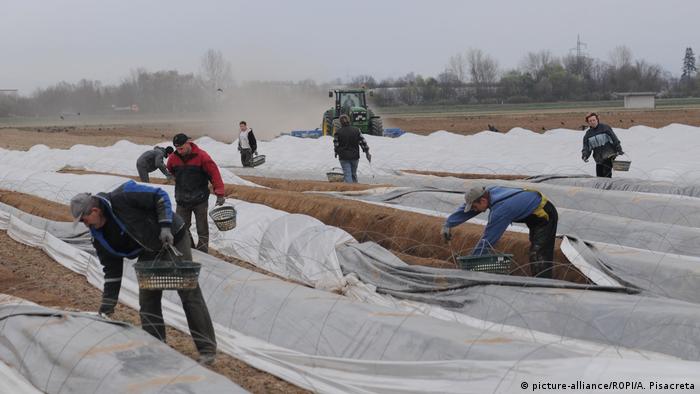 The state-financed German Institute for Human Rights (DIMR) said on Wednesday in its third annual report that foreign workers, including those from other EU nations, faced grievous exploitation in the German labor market.

"Although most people take human rights for granted today, that can certainly not be said about the everyday lives of many people — even here in Germany," DIMR Director Beate Rudolf said at the report's presentation in Berlin.

The report found that employers often pay foreign workers far below the federal minimum wage of €8.84 ($10.03) and fail to make social security payments.

Furthermore, the report highlighted the dire situation that migrant workers find themselves in due to their dependence on employers. They are often forced to work unpaid overtime and live in inhumane housing.

The biggest problem, the report found, is that many migrants have few opportunities to use legal action to improve their circumstances.

Although other countries have created special administrative courts and foreign workers' offices to alleviate such imbalances, Germany has failed to do so.

Workers therefore often face high hurdles should they resist the pressure and threats they often face from employers and sue for unduly-lost wages. Added to that is the fact that most work goes undocumented, so that employees have no way to prove their case should they actually sue.

DIMR says that all of those factors add up to make the exploitation of foreign workers a "risk-free business model." The report noted that most of those affected were employed in the construction, meat processing, transportation, nursing and cleaning sectors.

The report coincided with new data from the International Labor Organization (ILO), which found that the number of migrant workers around the globe has risen by some nine percent over the past four years. The ILO, a UN organization, says that the world's 164 million migrant workers make up 4.7 percent of the global workforce.

The DIMR report also criticized that human rights concerns "obviously play no role in the approval of German arms sales to Saudi Arabia and the United Arab Emirates (UAE)."

The organization decried both states' human rights records and called for the German government to declare its own assessment of the human rights situation in countries it plans to sell arms to when seeking legislative approval for those sales.