New arms export revelations embarrass Gabriel ahead of Mid-East tour | World | Breaking news and perspectives from around the globe | DW | 06.03.2015

Sigmar Gabriel is about to tour the Middle East with an entourage of businessmen. Back home, new documents have now revealed exactly how many weapons Germany has sold to Middle East nations in the past decade. 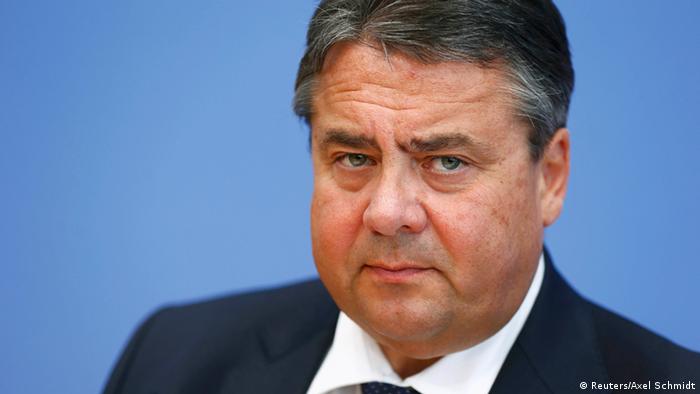 German Vice Chancellor and Economics Minister Sigmar Gabriel is facing an awkward trip. From Saturday, he will be on a four-day journey through Saudi Arabia, the United Arab Emirates and Qatar - all countries where Germany has significant business interests. Representatives from 140 German companies will be accompanying him.

Less exhilirating, however, is the fact that each of these countries is guilty of significant human rights atrocities in the name of Islamic law - including beheadings and brutal corporal punishment.

The most notorious of these is Saudi Arabia, the first stop on Gabriel's tour. Opposition parties have been making the usual appeals to Gabriel's conscience in advance. Katrin Göring-Eckardt, parliamentary leader of the Green party, called on the vice chancellor to use his meetings to bring up the case of Raif Badawi, the DW prize-winning blogger sentenced to 1,000 lashes and 10 years in prison for allegedly "insulting Islam." She also wants Badawi to be offered asylum in Germany. The socialist Left party MP Jan van Aken echoed the call and demanded that future weapons exports be made contingent on improvements in the human rights situation.

Two days before his journey, the pressure on Gabriel was cranked up further by the release of an answer to an official Bundestag question made by the Left party. In response to the question, Gabriel's ministry was forced to reveal exactly how many weapons exports Germany had approved over the last 12 years, and to which German arms manufacturers. 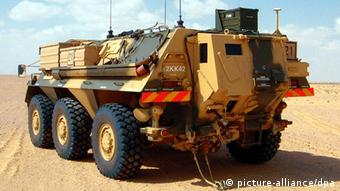 Olaf Boehnke, German foreign policy analyst at the European Council of Foreign Relations, points out that the government justifies the sales in a number of ways beyond the economic. "The political argument is that Saudi Arabia is an important cooperation partner in a region marked by a lot of insecurity and defragmentation," he told DW. "Our interest has to be to support those who support European interests in the fight against IS."

The answer to Left party's question shows that, since 2002, Germany has approved an average of 14 weapons exports a year - Chancellor Gerhard Schröder's 2002 - 2005 tenure saw the approval of 68 exports, Chancellor Angela Merkel's 2005 - 2009 tenure 48, and her second - up to 2013 - saw 52 approvals. The figures also showed that Saudi Arabia has been one of Germany's best weapons customers. In the period 2009 - 2013 alone, under Merkel's coalition government with the Free Democrats, fully 43 of 52 approvals went to Saudi Arabia - including machine guns, ammunition, and parts for tanks and armored vehicles - all ideal equipment for suppressing internal dissent.

While a member of the opposition, Gabriel criticized Germany's weapons exports, but in office, he has been confronted with grubby realities dealing with business interest groups, Now, he says that the country is still caught in old contracts that it can't get out of. "But there are various interest camps in a permanent conflict here," said Boehnke. "In a recent speech, Gabriel said he would much prefer to pass the decision-making to the foreign ministry, because it was much better equipped to judging the human rights situation - which I expect led to a lot of laughter in the foreign ministry, because, of course ,they don't want to either." 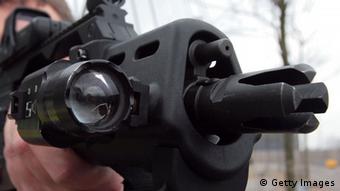 The government's weapons exports decisions are made periodically by a secret "security council," chaired by the chancellor and attended by key ministers, like Gabriel and Foreign Minister Frank-Walter Steinmeier.

Flooding the Middle East with weapons

The new figures also show that fully one-third of the approved contracts went to the controversial gun-maker Heckler and Koch, named by anti-weapons campaigners as the "deadliest company in the world," and currently under investigation by Stuttgart prosecutors for illegally exporting assault rifles to Mexico. Heckler and Koch's machine guns are used by police forces and armies all over the world, as well as virtually every Islamist militia - from Hezbollah to "Islamic State."

Despite this, Saudi Arabia has repeatedly been sold "manufacturing equipment" for Heckler and Koch guns over the past decade. "Whether it's Schröder, Merkel, [former Foreign Minister Joschka] Fischer, or Steinmeier, they all personally decided to put the instruments of oppression into the hands of the unjust regime in Saudi Arabia," van Aken told the Süddeutsche Zeitung.

Thanks to Germany, Saudi Arabia now has the capacity to make its own Heckler and Koch G36 assault rifles - the state-of-the-art weapon used by the Bundeswehr and other NATO forces. Given that these guns can be functional for a period of 30 to 50 years, it seems likely they will be in circulation around the Middle East conflicts for decades to come, and that Western coalition soldiers will eventually be facing "terrorist" militias armed with German weaponry.

Germany's Rheinmetall has said a government ban on selling arms to Russia hit its bottom line in 2014. But strong growth in the company's automotive sector helped it beat a reduced profit forecast. (19.02.2015)

While the world waits to see whether the Ukraine ceasefire will hold, Austrian businesses look on with dismay at increasingly slim prospects that the economy will pick up this year, writes Alison Langley from Vienna. (18.02.2015)

Economic Affairs Minister Sigmar Gabriel has called Germany's role in the global weapons trade a "disgrace." His stance has resulted in a clear reduction of export licenses, and therefore profits, for the arms industry. (09.02.2015)