German Green Party′s Robert Habeck is economy minister and vice-chancellor | Germany | News and in-depth reporting from Berlin and beyond | DW | 25.11.2021

The Green Party's Robert Habeck came to the forefront following the 2021 general election, which saw his party double its seats. He took on one of the biggest ministries in the new coalition government. 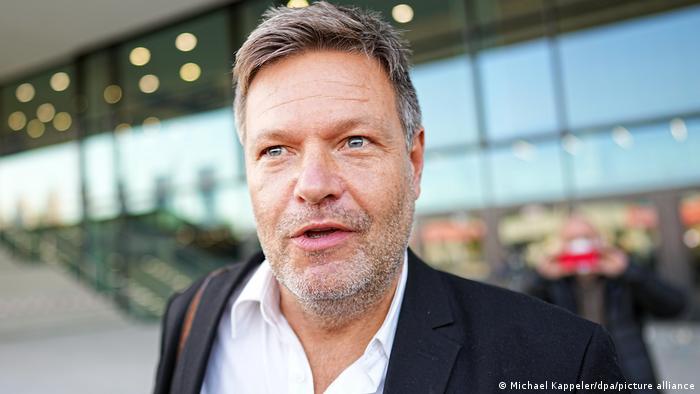 Green co-leader Robert Habeck has taken over the Economy and Climate Ministry in the new government headed by the center-left Social Democrat (SPD).

When Habeck announced Annalena Baerbock would be the Green Party candidate for chancellor for the 2021 general election, he was applauded for standing aside. He stood by Baerbock throughout her rocky campaign and sat through countless interviews where he was asked whether he would not have been the better candidate.

Since the election, he has come to the forefront and taken ona pivotal role.He has forcefully taken on Brussels for its plans to label nuclear energy as "green." 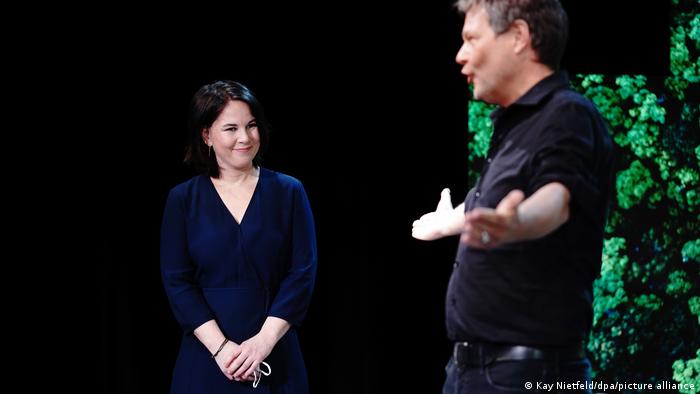 Indeed, Habeck has been extremely popular throughout his political career. Author and translator, politician, and philosopher — with his tousled and unshaven look, he has always seems relaxed and approachable.

Habeck was in his early 30s when he joined the environmentalist Green Party in 2002. At that time, the Greens were junior partners to the Social Democrats in the German government. That coalition was ousted from power in 2005 at the beginning of what would come to be known as the Merkel era.

Before entering politics, Habeck looked destined for an academic career. He initially studied philosophy, German language and literature and philology before earning a master's degree in 1996 and being awarded his doctorate in 2000. He also spent a year at Denmark's Roskilde University, where he picked up fluent Danish.

People are often dazzled by his conversational grasp of philosophical matters. But there are others who are driven to distraction by what they see as his philosophical flippancy: his habit, for instance, of tossing quotes by great thinkers into a discussion.

Habeck initially earned a living as a writer, co-authoring detective stories and children's books with his wife, Andrea Paluch. Together with their four sons, they live in Flensburg, the capital of the state of Schleswig-Holstein. Germany's northernmost city lies just 10 kilometers (6 miles) from the border with Denmark, in a region that is home to a strong Danish-speaking minority. 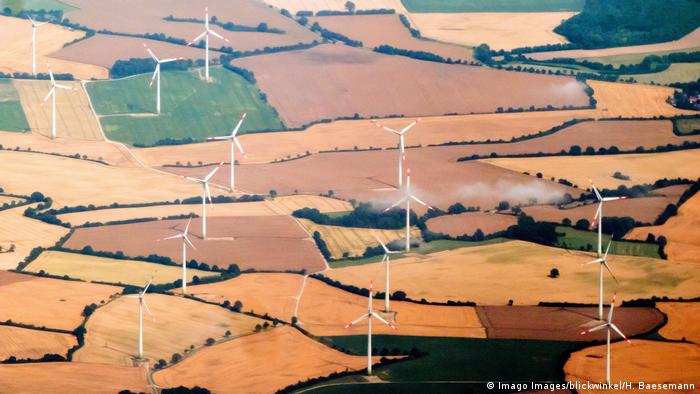 As the environment minister of the 'windy state' of Schleswig-Holstein, Habeck pushed for a profound energy shift

'Bending in the wind'

Habeck's political career really got going in 2012 when he was appointed as Schleswig-Holstein's environment minister — a post he would hold for six years. During that time, he built a reputation as an easygoing, pragmatic Green politician who always had an ear for his SPD coalition partners, as well as for staunch conservatives in the farming community.

This gave the hands-on politician a platform for his efforts to push for a profound shift in Germany's energy policy. As a "windy state," Schleswig-Holstein is suited for wind power, and Habeck set for himself the tough task of winning people over to install giant wind turbines. And it seems he succeeded: From 2012 to 2016, the amount of wind energy generated in Schleswig-Holstein nearly doubled.

In 2017, the Greens in Schleswig-Holstein entered a new coalition government with Chancellor Angela Merkel's conservative Christian Democrat (CDU) and the neoliberal FDP. Habeck made the most of the alliance, becoming a close friend of Daniel Günther, the conservative leader of the coalition. That he could harmonize with others on the opposite side of the political spectrum is taken as further evidence of Habeck's talent as a people person. This did, however, result in a limited backlash: Some core Green voters accused Habeck of bending too easily in the wind.

In early 2018,Habeck was voted in as one of the Green Party's two co-leaders. Baerbock, his partner in office, also has an outstanding natural talent for politics. The party has a long tradition of co-leadership — but also toxic rivalries between two would-be partners, who each tend to represent opposite wings of the party.

Habeck and Baerbock have broken the mold, prioritizing pragmatism over ideological infighting. Harmony sells — and the party has profited.

This article has been translated from German and has been updated after the election to reflect latest developments.

No three-piece suits, no dress shoes, no ties. Instead, Germany's new leaders appear in sneakers and unbuttoned shirts. A change in style that also symbolizes a new attitude.