German government struggles to unite on EU energy proposal | Germany | News and in-depth reporting from Berlin and beyond | DW | 03.01.2022 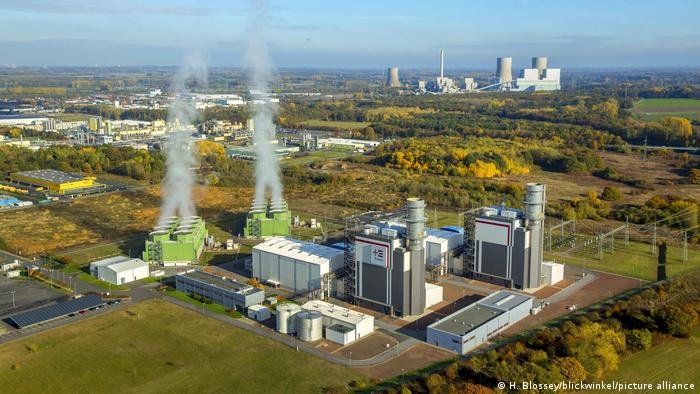 Less than a month after Germany's new coalition government was sworn in, it is facing a major test: To find a united stance in response to a controversial proposal by the EU Commission, published on New Year's Eve.

The EU Commission wants to label natural gas and nuclear power as climate-friendly, and include investments in both energies on its long-awaited taxonomy list — a green labeling system for investments in the energy sector.

The list is part of the bloc's plans to decarbonize the European economy and build clean power plants, which will require the investment of billions of euros.

Under the draft proposal, the gas and nuclear plants must meet certain criteria: Investment in new nuclear plants as they are planned in France, the Netherlands, and Poland, can be considered "sustainable" only if respective states ensure they meet the latest technology standards, and provide a concrete plan for the disposal for high-level radioactive waste.

Natural gas plants could also be granted a green label for a limited period of time, provided certain criteria are met. These could involve limits on the amount of greenhouse gas emitted or proving that the plants can also be operated with green hydrogen or low-carbon gas.

The classification of economic activities by the EU Commission under the so-called taxonomy is intended to enable investors to switch their investments to more sustainable technologies and companies.

In Germany, the main point of contention is the inclusion of natural gas plants. A spokesman for the German government initially welcomed the plans, saying that natural gas was "an important bridging technology on the way to greenhouse gas neutrality against the backdrop of the phasing out of nuclear energy and coal-fired power generation".

But massive criticism has followed from several ministers from the Green Party, the second-largest partner in the coalition government.

Climate and Economy Minister and Vice-Chancellor Robert Habeck, told German press agency dpa that he felt the EU proposal "waters down the good label for sustainability."

"It's questionable whether this greenwashing will be accepted by the financial markets anyway," the Green politician said.

The pro-free market neoliberal Free Democrats (FDP), meanwhile, have pushed back against the criticism from their Green coalition partners.

"You're not a good European if you only accept decisions that suit you," FDP vice-chair Wolfgang Kubicki told German mass-circulation tabloid, Bild.

The coalition, he warned, has to "find a consensus on how we can achieve a balance between the goals of CO2 reduction and a stable energy supply."

The center-left Social Democrats (SPD) who are the strongest government party,  has also previously said that natural gas will play an important part in the energy transition and that should be reflected in the EU's green finance taxonomy.

Par for the course

Klaus Jacob of the Research Center for Environment Policy at Berlin's Freie Universität says the debate within the government was completely foreseeable.

"This isn't a predetermined breaking point in the coalition," Jacob told DW.

"You can't make a serious plan from now till 2030, or till 2050. You always have to adjust to changing conditions. That's what the coalition is doing. If you look at the coalition agreement, you can see that not everything was negotiated. You can't foresee everything."

"Right now, you have the situation where the climate targets for 2022 and probably also 2023 won't be achieved. This means that immediate programs must be started in the sectors and by the ministries that particularly contribute to this.

So, we'll see immediate programs from the transport ministry (FDP), from construction (SPD), etc. And in the negotiation process that discerns whether that's sufficient, there's always a conflict between the departments." 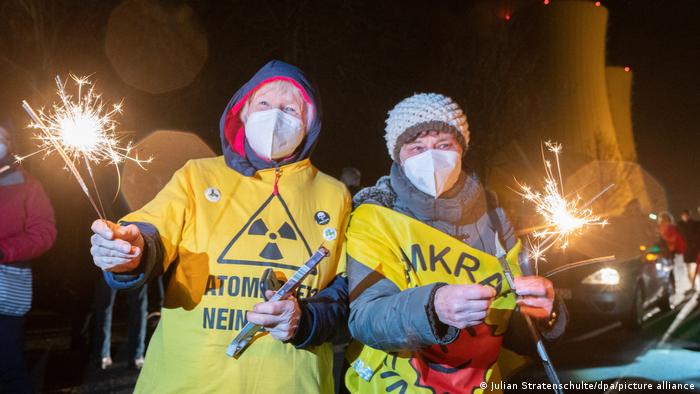 The three governing coalition parties are, however, in agreement when it comes to the phaseout of nuclear energy. Germany's last nuclear power plants are due to be decommissioned just a year from now.

The decision to phase out nuclear power was made during the 1998-2005 coalition between the SPD and Greens under Chancellor Gerhard Schröder, in response to the realization that there was no way to store nuclear waste safely. Almost two decades earlier, Germany's anti-nuclear protests gave birth to the Green Party and the phaseout has long been one of its core policies.

Angela Merkel's coalition government of center-right Christian Democrats and FDP then rolled back the phaseout. But in 2011, after the accident at the Fukushima atomic power plant in Japan, Merkel made an about-turn and decided to push through with the phaseout after all.

While the new German government remains steadfast in phasing out nuclear energy, public opinion towards nuclear energy in Germany actually appears to be softening. A representative YouGov online survey for Welt am Sonntag newspaper in November, showed around half of the 2,000 respondents saying they were in favor of reversing the nuclear shutdown due to the recentsharp rise in energy prices.

The 27 EU member states now have until January 12 to comment on the Commission's draft. But it's unlikely that the proposal can be blocked. Besides Germany, only Austria, Luxembourg, Denmark, and Portugal have voiced criticism.

Implementation can only be prevented if at least 20 EU countries (representing at least 65% of the total EU population) or at least 353 members of parliament vote against it.

Other EU countries are continuing to push nuclear energy and campaign for it to be included on the EU's list of sustainable energy sources eligible for investment — prominently France which holds the rotating EU presidency and is heading for presidential elections in April.

Austria, meanwhile, is threatening to go to the European Court of Justice to stop the draft from being passed.

While you're here: Every Tuesday, DW editors round up what is happening in German politics and society. You can sign up here for the weekly email newsletter Berlin Briefing,to stay on top of developments as Germany enters the post-Merkel era.

Christian Lindner has made his debut as finance minister by announcing a €60 billion euro injection in the climate. The funds will be sourced from previously unused debt.

Activists have been protesting in front of the nuclear power plant in Brokdorf, northern Germany for 35 years. But now that the plant is set to be removed from the grid, their vigil is finally over.