Nuclear power: Are energy price hikes prompting a German rethink? | Germany | News and in-depth reporting from Berlin and beyond | DW | 25.10.2021 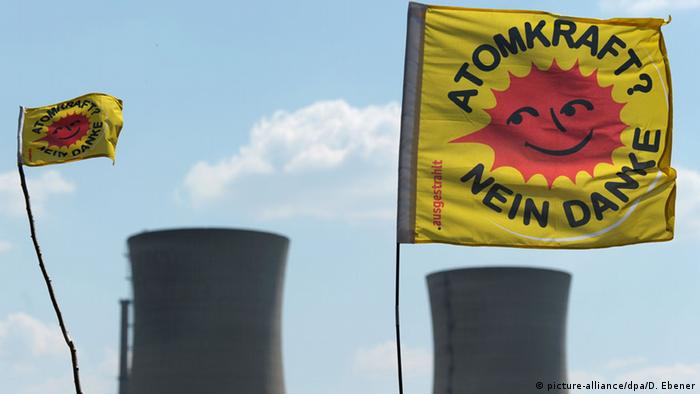 'Nuclear energy? No thank you!' has been the rallying cry of several generations in Germany

In Germany, the stock market price for electricity has risen by around 140% since January. Experts believe energy prices are being driven up by the rocketing cost of natural gas, which has gone up 440% since the beginning of the year.

So far electricity and gas prices for households in Germany have increased only 4.7% in the first half of 2021, but many consumers fear the rise in market costs may soon be passed on to them. Germany already pays the most for electricity in Europe, with around half of the cost made up of taxes, levies, and surcharges, part of which is meant to facilitate the transition to renewable energy.

Currently about a quarter of Germany's electricity comes from coal and about another quarter from renewables, 16% from natural gas and around 11% from nuclear energy. 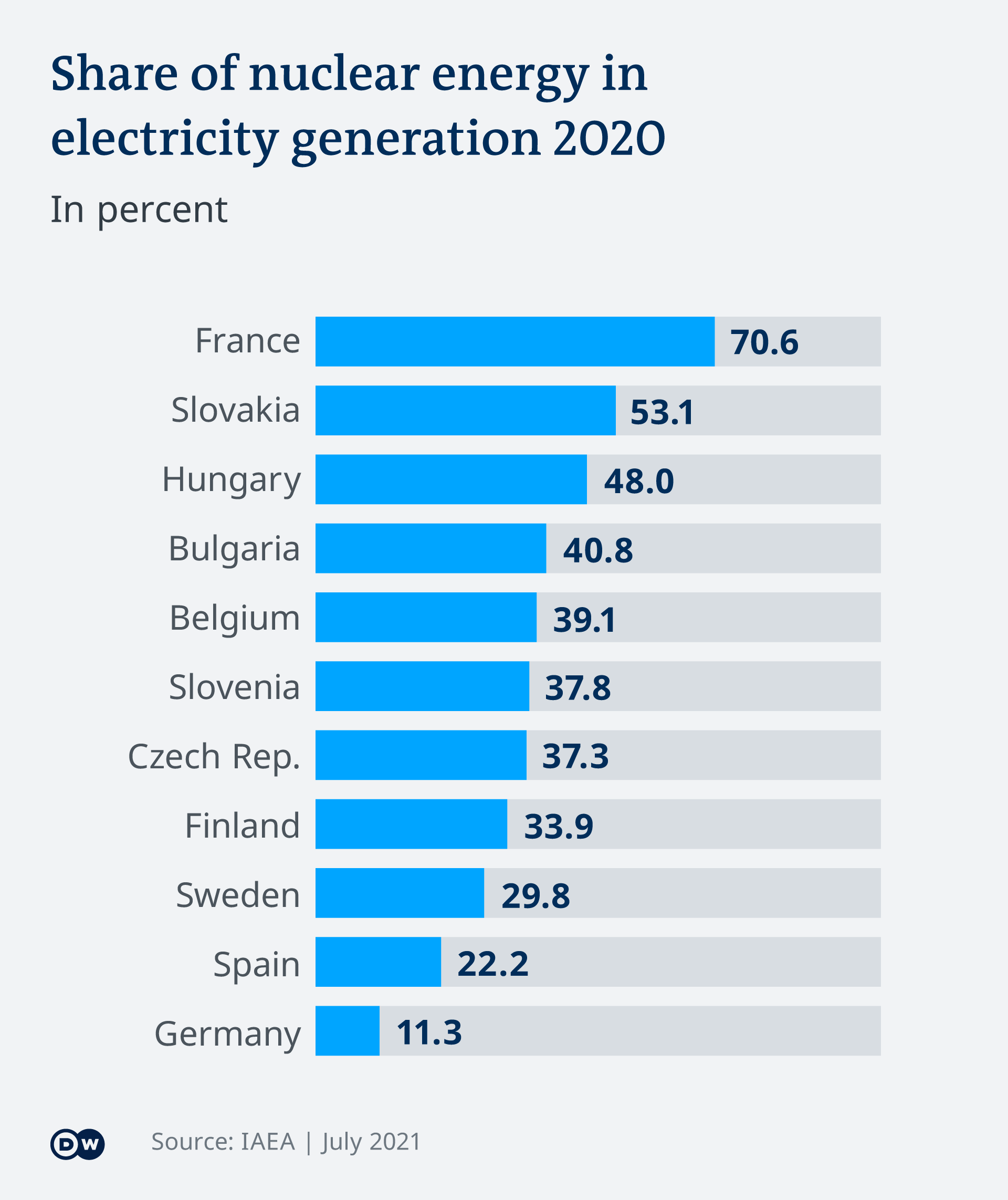 This December, half of Germany's remaining nuclear reactors are scheduled to be taken offline. The other half are to cease operation next year as part of the government's plan to go nuclear-free. That shift could potentially drive energy prices even higher as Germany also moves away from coal and becomes more reliant on gas in the short term while planning to move to renewables in the long term.

Three-quarters of Germans want their government to take tougher measures to combat price rises, and 31% said they would support keeping nuclear power if it would stabilize electricity prices, according to a poll by the price comparison service Verivox. The study surveyed 1,000 people aged 18 to 69 across Germany in September 2021 and was representative of the population in terms of age, gender and the German state of residence. That statistic represents an 11% increase in support for nuclear power since 2018.

Pros and cons of nuclear power

Following the September 26 national election, the center-left Social Democrats, environmentalist Greens and neoliberal Free Democrats have begun coalition negotiations to form Germany's next government. The preliminary agreements saw a commitment to build new gas power plants and to phase out coal power by 2030, but no extensions for the use of nuclear power.

On October 13, in an open letter in the German daily newspaper Die Welt, experts warned that Germany risked "carbonizing its energy system by phasing out nuclear power” and missing its 2030 climate goals. The experts believe that the loss in nuclear-produced electricity will not be able to be made up for using new renewable energy production and will instead require burning more coal and natural gas. The letter calls for the life cycles of the remaining power plants to be extended from 2030 to 2036.

The letter was initiated by British environmentalist John Law, but despite the unpopularity of such views in Germany, it has a number of German signatories. Simon Friederich, professor of the philosophy of science at the University of Groningen in the Netherlands, was one of them.

"We want to expand renewables. If we have to first replace the nuclear plants that have gone with new renewables, then of course that's an unnecessary setback," he told DW.

Friederich did not always have such positive views on nuclear energy and was part of a generation that campaigned to shut down nuclear power plants. "I was raised in the 80s in a green family of anti-nuclear vicars," he said. Like many other young Germans at the time, he read Gudrun Pausewang's 1987 young-adult novel "Fall-Out," which tells the story of a Chernobyl-like disaster in Germany, and was horrified.

But when he began to study physics at university, he became more critical. After the Fukushima disaster in Japan caused Germany to speed up the phasing out of nuclear power, he was skeptical that nuclear power was worse than other commonly used alternatives, like coal. He does not argue that nuclear power is a perfect option but says it is an important measure for now because of its low carbon footprint and ability to produce large amounts of power at any time of year. 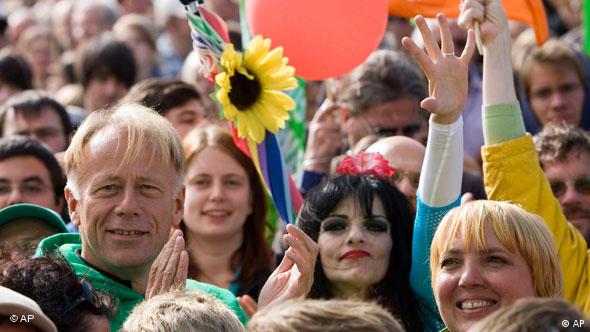 But even if it is unclear how Germany will replace nuclear and coal power and meet its climate goals, it is very unlikely that Germany's political leadership would allow an even temporary extension of the lifespan of its remaining nuclear reactors. "The political price is almost infinity. Hardly any elected politician would do so. Certainly not a government that includes the Greens," Lion Hirth, professor of Energy Policy at the Hertie School of Governance,  told DW. "It would look like betraying the cause. There are very few political topics that have gathered so strong a consensus over so long."

Opposing nuclear energy goes to the core of the activism that launched the Green Party in 1980 and that continues to be its rallying cry. Green Party co-chair Robert Habeck reiterated in an article in September 2020 his belief that responsibility for future generations must be the guiding principle with which to approach energy production and its consequences.

For him, that rules out nuclear energy because of the problem of nuclear waste — which can be harmful to up to a million years — and for which safe long-term storage issues have still not been resolved. 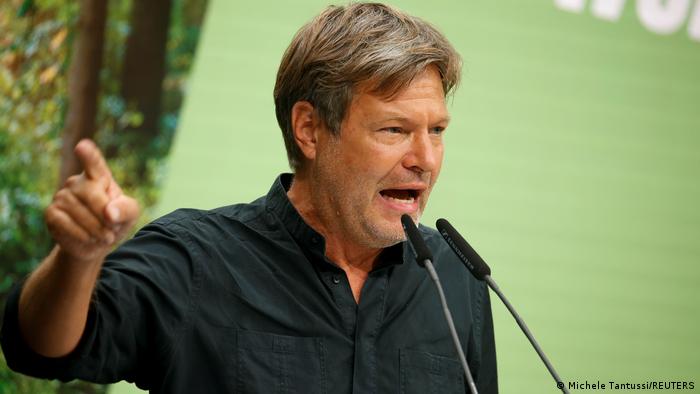 The Green Party was founded as part of the antinuclear movement in West Germany and was instrumental in bringing about the agreement on the nuclear phaseout as part of the governing coalition in 2002. Green politicians took part in protests in the 1970s and 1980s against the Wackersdorf reprocessing plant, the transport of nuclear waste to Gorleben and the construction of the Brokdorf nuclear power plant, protests that they see as part of Germany's social iconography.

Friederich recognizes that he is an exception for Germany, but also sees it as a debate going beyond Germany's borders. "I am not totally naive. There is no party in the coalition negotiations that has made this part of their election priorities." He believes the real issue is about the future of nuclear power in Europe and whether Germany will oppose or attempt to shape its use.

Within the EU, France leads an influential bloc that supports nuclear energy as a means of cutting carbon emissions. Germany's neighbors — Poland and the Czech Republic — are also part of that group. All three are currently building new nuclear power plants and have pushed for the inclusion of nuclear energy in the European Union's carbon reduction plans.

In April 2020, the European Commission's scientific body, the Joint Research Centre, released a report that found that nuclear power is a safe, low-carbon energy source comparable to wind and hydropower. Those findings allow nuclear power to receive the green investment label under EU rules. "The analyses did not reveal any science-based evidence that nuclear energy does more harm to human health or to the environment than other electricity production technologies," the report said.

In response, the energy ministers of Germany, Austria, Denmark, Luxembourg and Spain signed a letter to the European Commission asking for nuclear power to be denied the special status. "Nuclear power, however, is a high-risk technology — wind energy is not. This essential difference must be taken into account," the letter said. It also stated that the report failed to account for a serious nuclear incident. 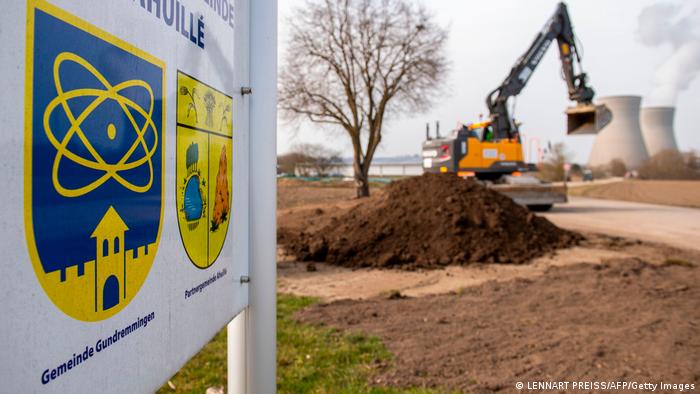 At the end of 2021, Germany will shut down three of the last six remaining German nuclear reactors. At the Gundremmingen facility in Bavaria, one of the units ceased operation in 2017. Now the last unit will be shut.

The plant will go from employing approximately 540 workers to 440 in the first year after closure, according to a statement provided to DW from the German multinational energy company RWE, which runs the plant. Many workers are still needed to decommission and disassemble the plant, which is planned to take over 10 years. But fewer and fewer people will be employed as time passes.

Despite an accident in 1977 that required one of the reactors to be shut down — considered the worst incident in a nuclear power plant in Germany's history — many locals continue to have a positive view of nuclear power.

"We find it really sad," Gerlinge Hutter, who runs the Zum Ochsen Inn in Gundremmingen, told DW about the closing of the plant. She expects fewer people will now come to stay, since many of their guests worked at the plant. "We also worry about the electricity prices. And we know it is still sure to be nuclear power we are getting because the countries around us are all building new reactors."