How Fukushima triggered Germany′s nuclear phaseout | Germany | News and in-depth reporting from Berlin and beyond | DW | 10.03.2021 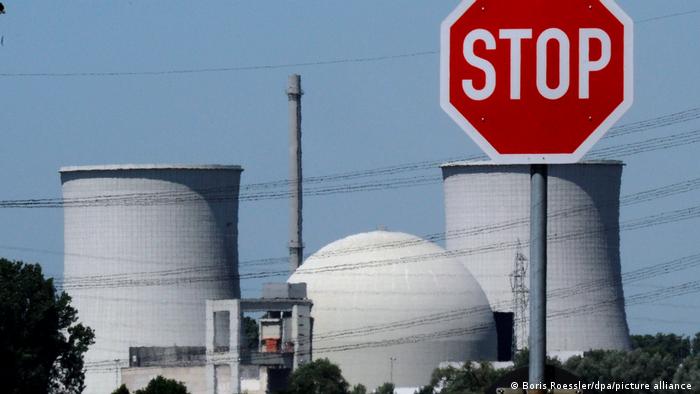 Biblis, south of Frankfurt, was one of more than 20 German nuclear plants that were shut down

On March 11, 2011, one of the most powerful earthquakes ever recorded triggered a tsunami off Japan's Pacific coast. The gigantic waves rolled over the Fukushima Daiichi Nuclear Power Plant, knocking out the cooling system and causing a meltdown in three of its six reactors. It was the worst nuclear disaster since Chernobyl in 1986.

But the important difference between the two disasters is Japan's reputation as a high-tech country with high security standards. That difference is one that has made even avid supporters of nuclear energy second-guess themselves.

They included Angela Merkel, a trained physicist who believed in the peaceful use of nuclear energy. She had even attacked the center-left coalition government of her predecessor, Gerhard Schröder, for deciding to phase out atomic power.

"I will always consider it absurd to shut down technologically safe nuclear power plants that don't emit CO2," she said in 2006.

But Fukushima changed her mind: Three days after the disaster, a subdued Merkel announced that Germany would be suspending its recently approved extension of the operating lives of nuclear power plants following the "unimaginable catastrophe" in Japan.

In only a matter of weeks, the political momentum unleashed by Fukushima became palpable. Merkel's close ally and a big supporter of atomic energy, Stefan Mappus, lost as the incumbent state premier in Baden-Württemberg to Winfried Kretschmann of the Green party. It was a political first for the anti-nuclear party, and in a conservative state, no less.

Three months later, the German parliament voted to phase out atomic energy by the end of 2022. But energy companies sued the government for damages. It took nearly 10 more years for both sides to agree to damages worth €2.4 billion ($2.86 billion,) with taxpayers footing the bill for Merkel's phaseout detour. 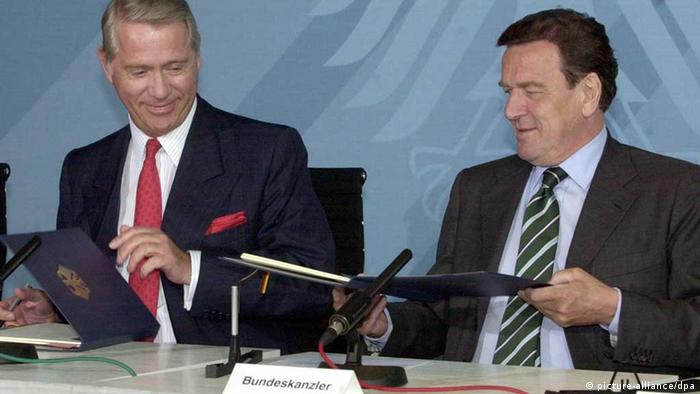 A number of governments, such as those of France, the UK, and the United States, consider nuclear energy, with its low CO2 emissions, as a tool in slowing climate change. And the UN's Intergovernmental Panel on Climate Change (IPCC) agrees.

But the idea that nuclear energy can help the climate is an "illusion," according to Jochen Flasbarth, deputy minister of Germany's Environment Ministry. For one, nuclear only makes up roughly 5% of the world's energy supply.

"In truth, it's not an energy supply that can be sustained in the future. These countries are faced with losing a connection to a truly sustainable renewable energy sector," he said.

Nuclear power losing out to renewables

"In countries with liberalized energy markets, nuclear power plants only come about with state guarantees for the financial risks," he said, pointing to France and Finland.

Plus, Flasbarth said, nuclear energy can't compete with solar or wind energy when it comes to cost — and that trend is expected to continue.

"Renewable energy is becoming cheaper and cheaper, while nuclear is becoming more and more expensive," he said.

Flasbarth also sees little chance of nuclear energy making inroads elsewhere: "How is that supposed to work in developing countries when even highly industrialized countries with advanced technologies are having difficulty, first of all, mastering the technology, and, second of all, building plants within a reasonable amount of time at a reasonable cost?"

There could be other reasons why governments might, pursue atomic energy, said Wolfram König, the president of the Federal Office for the Safety of Nuclear Waste Management.

"In the past, the civilian use of this technology has always been coupled with the question of usability for the military," König said. From this comes the danger that this technology could be "used in not exactly the most stable political systems."

As Germany fast approaches its goals of phasing out nuclear energy by the end of 2022 and coal by 2038, renewable energy must be expanded fast. As Sauer sees it, the goals are attainable within that time period, but the implementation is still too slow. He wants to see "significantly more ambitious goals."

Fukushima led to a major decision in Germany that hardly anyone questions now. Flasbarth calls it "one of the greatest contributions to consensus-building in Germany's postwar history."

Still, the topic arises from time to time. A position paper of the CDU's federal committee for economic affairs, jobs and taxes, for example, cautiously calls for the examination of "atomic energy projects and smaller modular reactors without prejudice." But it doesn't go so far as to call for new nuclear plants.

In fact, the far-right Alternative for Germany (AfD) is the only major party calling for a return to nuclear power, citing concerns over the energy supply. The party also contends that electricity has been too heavily taxed during the energy transition. But nuclear energy doesn't seem to be a winning topic for the AfD: There's no mention of it in the upcoming state election campaign programs.

Environmental groups say the crippled nuclear plant's decommissioning effort is hopeless. Some local people fear it is not safe to return to communities that were beneath the radioactive plume.

Germany now has just seven nuclear plants left in operation, but what becomes of those that are already decommissioned? Bits of them are recycled, and could ultimately end up in our kitchens.