Germany′s atomic phaseout: How to dismantle a nuclear power plant | Environment | All topics from climate change to conservation | DW | 11.03.2019

Germany now has just seven nuclear plants left in operation, but what becomes of those that are already decommissioned? Bits of them are recycled, and could ultimately end up in our kitchens. 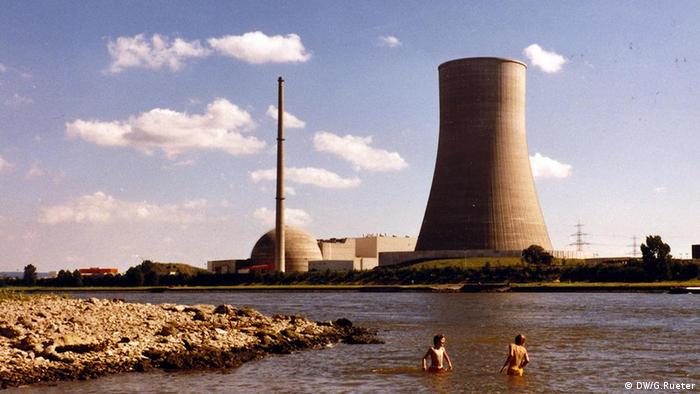 When Egbert Bialk looks at the giant demolition robot perched on top of the cooling tower at the Mülheim-Kärlich nuclear power plant, it makes him happy.

"Happy that the eyesore is finally being dismantled," he told DW. "Some said we should leave it standing as a memorial or piece of art. But for me the tower is like a symbol of humanity's arrogance, of us playing with fire."

Bialk began campaigning against the reactor when it was built near his home in the 1970s, and has since joined the local chapter of environmental group BUND to observe the 1 billion euros ($1.2 billion) decommissioning of the facility.

The dismantling of the western German plant, which will take two decades to complete, started in 2004, seven years before the Fukushima disaster that prompted Angela Merkel's government to announce the nation's complete withdrawal from nuclear power by 2022. 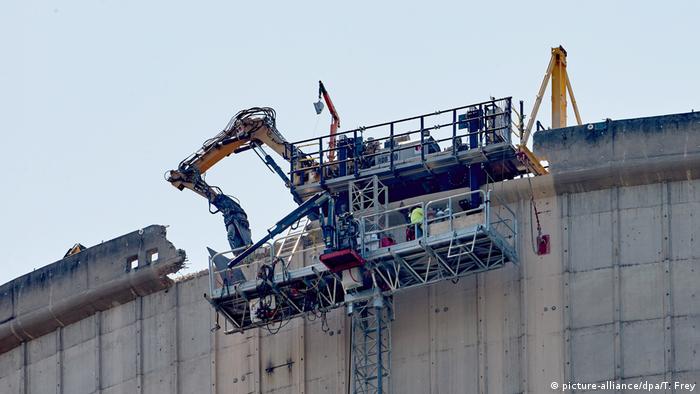 With just a couple of years to go before that deadline, seven plants  are still in operation, and even after they've shut down for good, it will take many more years before all the country's reactors have been safely dismantled, and contaminated sites cleared and deemed free of radiation

One of the most pressing questions during this lengthy process, is what to do with the radioactive waste?

The first things to be removed are the heavily contaminated spent fuel rods, which contain the nuclear fuel that is converted into electrical power.

Because Germany doesn't yet have a long-term depository for highly radioactive waste, the rods are currently stored in so-called Castor containers in several locations across the country. 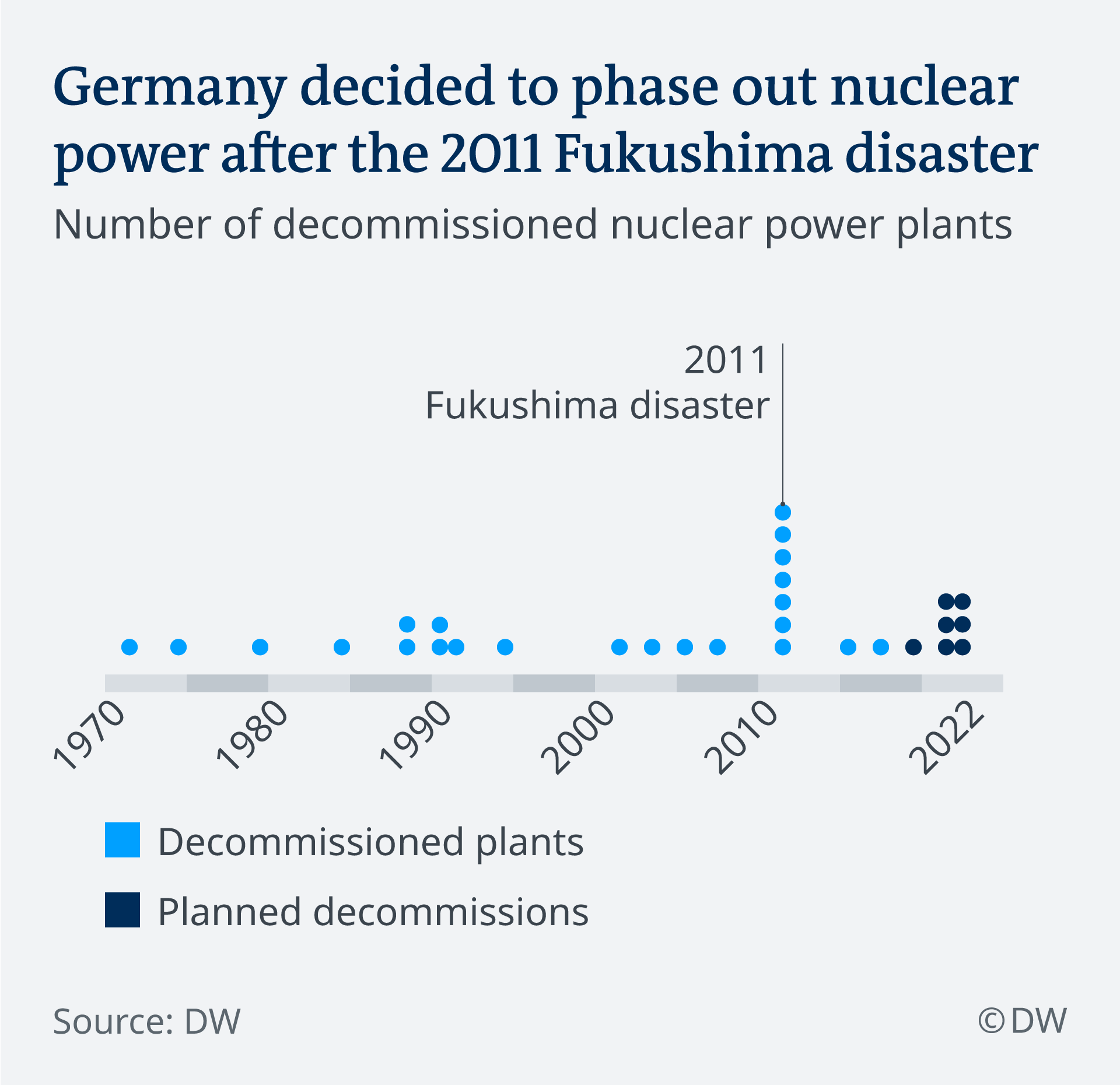 By the time all the nation's reactors have been decomissioned, there will be around 1,900 such containers in interim storage. And there they will remain until a suitable location for their permanent resting place has been found 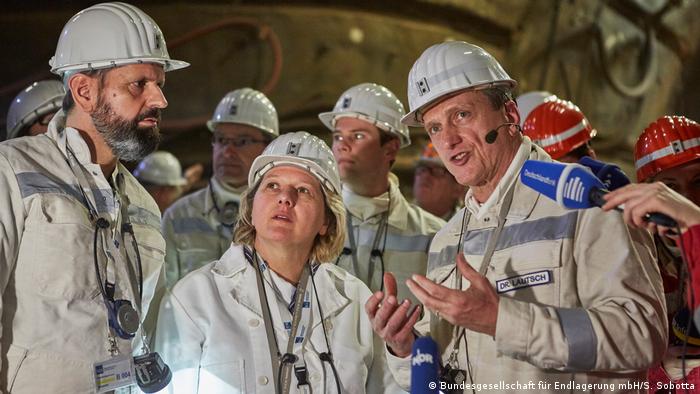 German environment minister Svenja Schulze inspects the depository Konrad, a disused mine, which will store thousands of tons of low- and intermediate-level radioactive waste

Exactly what it will all cost, is unknown. Much depends on the ultimate location, but the 4.2 billion euro preparations of a former iron ore mine known as pit Konrad to be used as the final depository for low- and intermediate-level radioactive waste could serve as some kind of indicator.

Once things like technical equipment and parts of buildings exposed to nuclear fission reaction for years, have been buried in the mine, it will be filled up with concrete and sealed.

"When sealed, it's safe and there should be no danger of nuclear radiation for the environment," Hotopp told DW.

Environmental groups however, warn that nuclear waste remains a threat even when buried deep under the ground.

"The depositories have to be able to contain radiation for up to 500,000 years," local environmentalist Bialk told DW. "We are giving a time bomb to future generations." 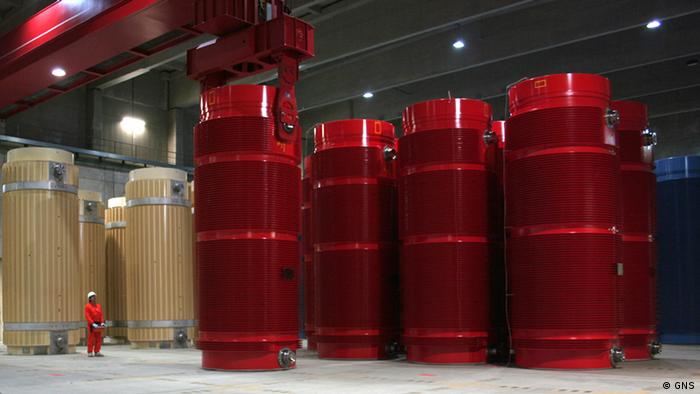 And what happens to the rest of the waste? The hundred of thousands of tons of metal, concrete, pipes and other building materials that accumulate during the dismantling process?

Because under German law, the entire plant, including offices and the canteen, are considered radioactive, no single item can be removed before operators can prove it is no longer contaminated. Once considered free of radiation or at least to be below the safety limit, the waste can be disposed of at regular landfills and recycling sites.

Environmental groups and locals criticize this practice, on the grounds that once materials have been recycled, nobody knows where they end up. Concrete from nuclear power plants could be used to pave our roads, while metals could be melted and turned into pots and pans.

"Melted metals could even be turned into braces for kids; they could be contaminated by radiation and no one would know," he told DW. "I think it would be useful to track where the materials from nuclear sites end up."

But experts don't regard post-decommissioning monitoring as necessary. 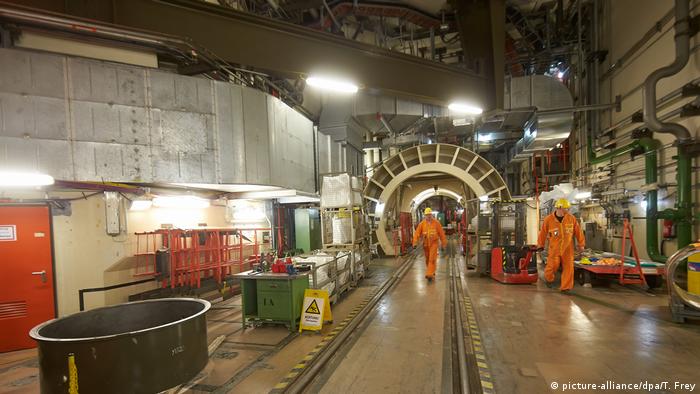 A nuclear power plant gets dismantled step by step

"The risks are minimal," Christian Küppers, who specializes in nuclear facility safety at the environmental research center Oeko-Institut, told DW. "The safety limits for radiation correspond to what we are naturally exposed to in the environment,"

All the material from nuclear power plants that expose radiation below 0.01 millisieverts per year can be recycled, Küppers continued.

By way of comparison, the Oeko- Institut says people are exposed to natural radiation of 2.1 millisieverts per year in Germany, and a one-way transatlantic flight exposes those on board to between 0.04 and 0.11 millisieverts of radiation.

From nuclear site to "greenfield"

Once the nuclear power plants have been completely dismantled, all the waste removed and when there is no longer any measurable trace of radiation, the premises can be returned to greenfield status.
At this point, the premises are considered to be regular industrial sites, and can be sold as such.

Likewise pit Konrad. Once the mine has been closed and sealed, which is expected to happens around the year 2100, the land on top of it will also be returned to greenfield space. Theoretically, houses could then be built on it.

Whether anybody would want to live there, is another question, says Monika Hotopp from BGE, the federal company in charge of the long-term storage sites.

Because ultimately, nuclear power has become synonymous with danger. And as Bialk puts it, even when all the  plants have been dismantled and the waste stored, the problem won't have gone away.

"First, the radioactive waste remains dangerous for hundreds of thousands of years. Second, other countries still rely on nuclear power," he said. "There are more than 50 nuclear power plants in France alone, and if an accident were to happen there, it would affect us, too."

Senior White House officials backed a project to share nuclear power technology with Saudi Arabia, a congressional report has found. The plan is still under consideration by the Trump administration. (20.02.2019)

Nuclear reactor to shut down amid Germany's atomic phase-out

One of the reactors at the Grundremmingen plant has been switched off as part of Germany's plan to scale back nuclear power. The power station was the site of Germany's first fatal nuclear power plant accident. (31.12.2017)

'There should be no nuclear in climate financing'