Japan′s Tepco fights for return to nuclear power after Fukushima | Asia | An in-depth look at news from across the continent | DW | 11.03.2019

Eight years after the accident in Fukushima, preparations are underway to restart the Kashiwazaki-Kariwa nuclear power plant operated by Tepco. But residents fear a second disaster. Kiyo Dörrer reports from Kashiwazaki. 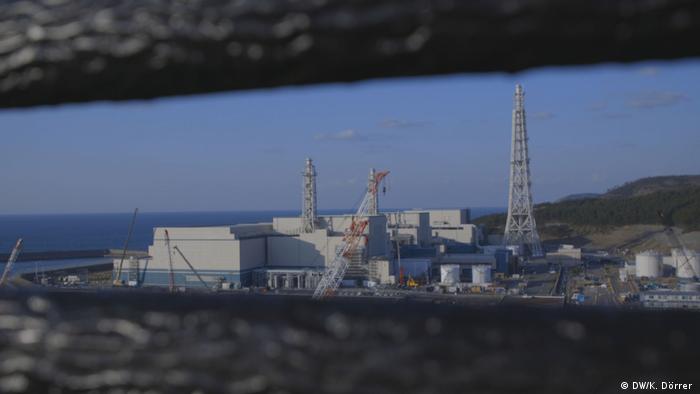 When in full operation, the Kashiwazaki-Kariwa power plant is the biggest in the world, capable of servicing 16 million households. But all of its seven reactors have been idle since 2012. This is Tepco's only nuclear power plant apart from the tsunami-stricken plants in Fukushima, in the neighboring prefecture.

Tepco has been repeatedly criticized for its negligence and has been ordered to pay compensation to the residents. The cleanup of the Fukushima power plant has been causing major headaches, while the reasons for the accident have yet to be clarified even eight years later. 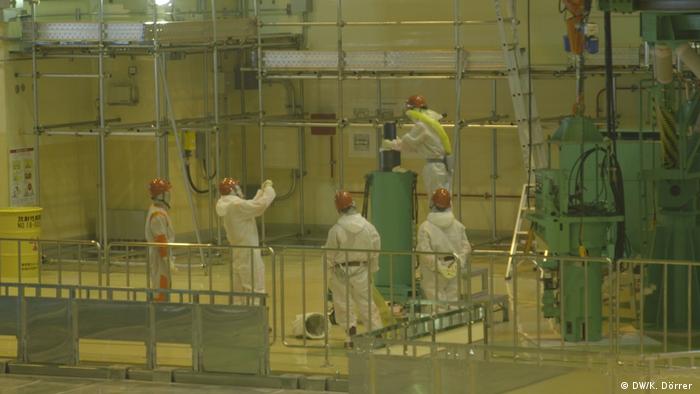 Workers have been inspecting the plant in preparation for the restart

But amid the controversy, in 2017 Japan's nuclear regulation authority gave the go-ahead to launch the lengthy process toward a restart of two of Tepco's reactors, which are located about 300 km (185 miles) west of the Fukushima plants, on the coast of the Sea of Japan. The reactors No. 6 and No. 7 at the Kashiwazaki-Kariwa power plant, which are being prepared for a restart, are both the same type as those that melted down in Fukushima.

This time everything is going to be different, the deputy head of the Kashiwazaki-Kariwa plant, Toshimitsu Tamai, assures visitors on a tour of the facility. To banish fears of a second Fukushima, Tepco has built a 15-meter (49-foot) wall that is supposed to be able to withstand the highest tsunamis imaginable.

The reactor buildings have been reinforced and filters installed that — according to Tepco — would let only up to 2 percent of radioactive matter out into the atmosphere in the case of a meltdown. Two ponds serve as cooling-water reservoirs during a possible disaster, and a fleet of diesel-generator trucks overlooks the 4.2-square-kilometer site, ready to provide emergency power if there is a blackout, as occurred in Fukushima. 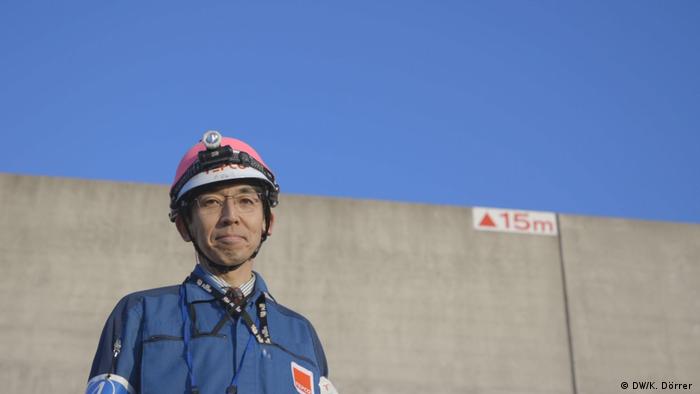 Tamai is confident in the safety provided by the high walls

In the eyes of Tepco, the restart is necessary and a win-win situation. "We have to fulfill the mission of bearing the responsibility for Fukushima. And part of that is to generate the revenue necessary to pay for the decommissioning of the Fukushima plant," says Tamai. The Japanese government estimated the cost of the cleanup and compensations in Fukushima at 22 trillion yen ($198 billion), but the think tank Japan Center for Economic Research puts it at up to 70 trillion yen in total.

Tepco also sees the restart as a necessary step back to a more self-sustained energy policy, thus contributing to national security. And the locals are also supposed to profit: The power plant as a whole employs more than 6,000 workers, with 60 percent of those being local residents. A renewed operation of the two reactors will create further jobs, providing a much-needed boost to the local economy, Tepco says. 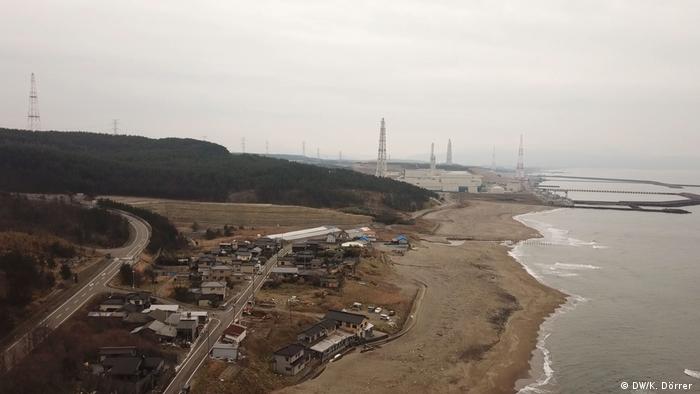 The Kashiwazaki-Kariwa plant's coastal location leaves it open to tsunamis

Majority of residents against the nuclear reactors

But the local residents aren't all buying Tepco's story. Hopes of an economic boost ring hollow in the almost deserted shopping streets; the once bustling town center is now full of shuttered storefronts. Like many other country towns, Kashiwazaki has fallen victim to economic problems caused by the aging population and a growing rural exodus — trends no nuclear power plant can change.

According to the exit polls held in last year's governor's race, over 60 percent of residents of Niigata Prefecture, in which Kashiwazaki lies, are against the restart of the nuclear power plant. Locals have been alarmed by multiple mishaps during the preparations. In November 2018, the cables connecting reactor No. 7 with emergency backup power caused a fire because of problems with the ground wire. And as recently as February 28, radioactive water leaked inside one of the idle reactor buildings.

"To be honest, we just keep thinking: not again! They take one step forward and three steps back," says Tsutomu Oribe, who runs a sushi restaurant in central Kashiwazaki. "We've all learned too well what could happen."

"I don't think that anybody should entrust Tepco with restarting a nuclear power plant if the company doesn't even know what happened in Fukushima," says Kazuyuki Takemoto, a retired local councilor and veteran anti-nuclear activist.

Toru Hasuike, a former Tepco engineer and Kashiwazaki native, is also skeptical about the safety measures. "If an exact repeat of the tsunami in Fukushima happens, then I believe that Kashiwazaki-Kariwa will be able to stop a meltdown. But that's not how nature works. What Tepco is doing is just treating symptoms."

The safety measures also included problems at the structural level: The Japanese nuclear regulation authority pointed out that the foundation of the flood walls was not deep enough, since the ground underneath is prone to liquefaction in the case of an earthquake, possibly causing the wall to topple.

"Liquefaction is a very specific problem of Kashiwazaki. Putting a nuclear power plant in an area like this was a mistake from the beginning," Takemoto insists.

And it wouldn't be the first time for the Kashiwazaki-Kariwa plant to be hit by an unexpectedly large-scale quake. In 2007, a 6.8 magnitude earthquake struck the area, causing a fire outside one of the reactors. Three others had to be shut down permanently. 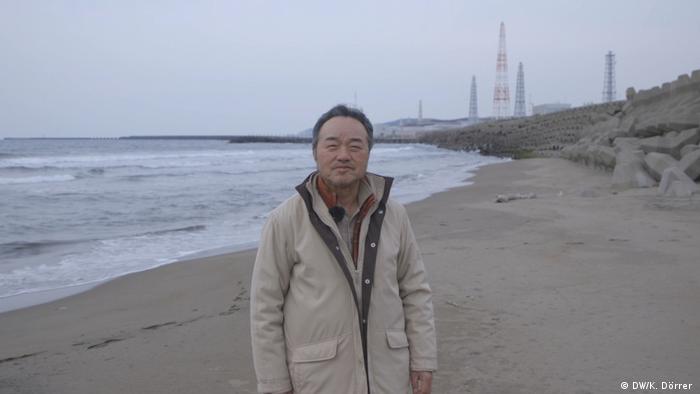 Takemoto: Should Tepco be trusted after the Fukushima disaster?

But while numerous other developed nations, including Germany, are throttling the generation of nuclear energy, the return to nuclear power in Japan is a top priority for the government. The plan introduced by Prime Minister Shinzo Abe last year aims for 20-22 percent of energy to be produced by nuclear power by 2030, up from 2 percent currently. Meanwhile, the share of renewable energy is supposed to rise from 15 percent to 22-24 percent.

Nine of the countries' dozens of nuclear reactors are up and running again after all reactors were shut down in the wake of the Fukushima accident. In the case of Kashiwazaki-Kariwa, the final decision whether to restart the power plant lies in the hands of the local politicians, with the next parliamentary election in the prefecture coming up in April.