Can Europe go carbon neutral by 2050?

The EU wants to become carbon neutral by 2050. That means abandoning coal, oil and gas completely. But is it possible? Experts say it is, energy won't become more expensive and it will even create more jobs. 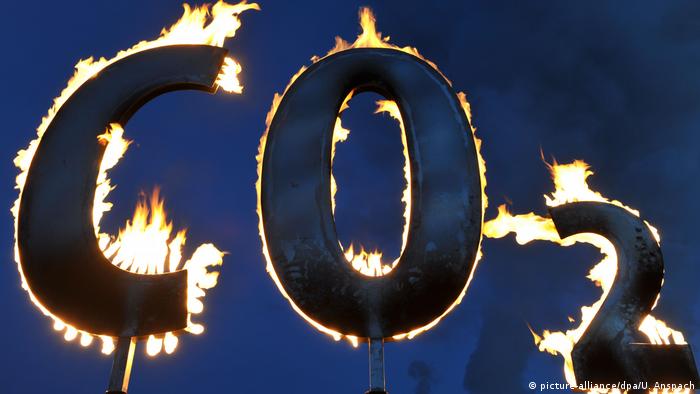 For many people, a life without fossil fuels still seems inconceivable. How would we heat our homes without oil or gas? How would we get around, or transport goods?

Yet it's also increasingly clear that we have to stop using coal, oil and gas as quickly as possible to slow global warming its effects, from extreme weather to rising sea levels.

The stakes are high, and the European Union has said it wants to be climate neutral by 2050.

But is such a radical transformation possible in such a short time?

According to a new study by the Lappeenranta University of Technology (LUT) in Finland and the Energy Watch Group, it is. But we have to act now.

The technology is ready

"The results of the study show that the current goals of the Paris climate agreement can be accelerated and should be," said one of the study's lead authors, Christian Breyers of LUT. "A transition to 100 percent clean, renewable energy is very realistic — even today, with the technologies currently available."

Generating electricity from wind, sun, biomass and water is no longer rocket science. The key is achieving the right mix, depending on varying weather conditions across the continent, and using new storage technologies, like batteries and power-to-gas (PtG).

PtG uses electricity and water to produce hydrogen, which can be stored and used in transport and industry. By adding CO2 from the air, you can also produce synthetic fuels, which can replace natural gas or oil derivatives like kerosene used in aviation.

The science is already there. So the researchers set about figuring out how to put it in place by 2050.

The team fed into their supercomputer vast amounts of data, on the weather and energy demand — down to the hour — all over Europe, as well as the cost of different energy sources and storage solutions.

"The report confirms that a transition to 100 percent renewable energy in all sectors is possible, and no more expensive than the current energy system," Hans-Josef Fell of Energy Watch Group said.

But even if running our economies with zero-emissions is technically possible, will we make it happen?

Lots of sun and lots of wind

"European politicians should do more for climate protection than is currently envisioned," Fell said.

And there is much to do.

Many sectors that now run directly on fossil fuels will have to be electrified to make use of renewable power. That means we will need much more electricity — about four or five times what we're generating today — by mid century.

In their study, the scientists envision electricity covering more than 85 percent of Europe's total energy needs. Solar power would make up 62 percent, wind 32 percent and hydropower 4 percent, with bio-energy covering 2 percent and geothermal less than 1 percent.

Breyers says generating all this climate-friendly power wouldn't be any more expensive than the fossil-fuel based system we have now, and greenhouse emissions from the energy sector would be reduced to zero by 2050.

Can we afford it?

There's no getting away from the fact that as we ditch coal, oil and gas, jobs in the fossil fuel industries will be lost. However, the transition will also create new jobs in environmentally friendly technologies.

Overall, the European Commission expects a positive impact on employment. The study conducted by LUT and Energy Watch Group predicts a net increase of 1 million jobs by 2050 — meaning the energy sector would provide 30 percent more jobs than it does today.

The study doesn't look at the wider economic benefits of transforming our energy systems, but according to EU Climate Commissioner Arias Canete, a clean energy system — minus all that smog from coal-fired power stations — would save Europe more than €200 billion ($227 billion) a year in health care costs.

Relying on home-grown renewable power would also save the EU the more than €266 billion a year it currently spends on energy imports.

Volker Quaschning, professor of renewable energy systems at the University of Applied Sciences for Engineering and Economics (HTW Berlin), says new research charts a clear path to achieving the targets set out in the Paris Agreement.

"The study strikingly demonstrates that a carbon-neutral energy supply with 100 percent renewable energy in Europe is technically and economically possible, even before the year 2050," he said.

In fact, he says, it's the only way we can limit global warming to 1.5 degrees. Which is why it's time for politicians to "finally set the course necessary for successful climate protection and to significantly accelerate the expansion of renewable energy."

The study's authors say politicians need to put incentives in place to give the zero-emissions technologies we already have at our disposal a real boost.

That means abolishing subsidies and tax relief for coal and fossil fuels, internalizing the costs of environmental damage through taxes on CO2 and nuclear fuel, and making investments in cleaner alternatives profitable by guaranteeing a fixed rate for the renewable power, through feed-in tariffs.

"The feed-in tariffs are a very important component to ensure the transition succeeds swiftly," Fell told DW. "Only if an investor has a guarantee that a wind turbine, for example, can recoup the initial investment thanks to guaranteed feed-in tariffs will he get a loan from the bank."

The disintegrating Greenland ice sheet is the leading cause of global sea level rise. And, according to a new study, it's melting faster than it ever has in recorded history. (05.12.2018)

Europe is seen as a global leader on climate action. Yet it continues to bolster the fossil fuel industry with billions of euros worth of subsidies, according to a new report. (29.09.2017)