The trial of three former executives from the operator of the tsunami-stricken Fukushima nuclear plant has begun. It will focus mainly on whether they were guilty of negligence before the nuclear accident. 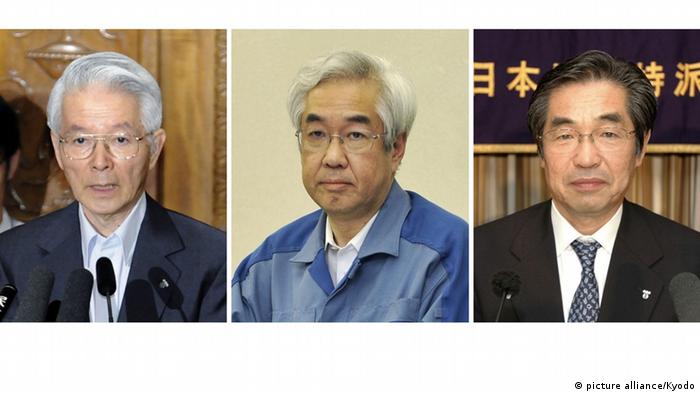 Tsunehisa Katsumata, the former chairman of the Tokyo Electric Power Co. (TEPCO), and his two former vice presidents Sakae Muto and Ichiro Takekuro all pleaded not guilty on Friday to charges of professional negligence relating to the 2011 Fukushima nuclear disaster.

The three men apologized for the disaster and the trouble it caused, but claimed they bore no criminal responsibility because it was an unforeseeable catastrophe.

"When I recall that time, I still think it was impossible to anticipate an accident like that," said Muto. "I believe I have no criminal responsibility for the accident."

The trial, which is taking place at Tokyo District Court, is expected to take more than a year. If convicted, the former executives could face up to five years in prison or a financial penalty.

Three reactors had meltdowns after a tsunami hit the Fukushima Nuclear Reactor, located around 280 kilometers (roughly 170 miles) north of Tokyo, in 2011. The surrounding region,, home to tens of thousands, was evacuated after the incident, and parts of the area affected remain uninhabitable.

The tsunami left 18,500 dead or missing, although the meltdown at the nuclear plant is not officially recorded as killing anyone. The prosecution argues, however, that 40 senior citizens who died during or after an evacuation from a hospital might not have perished without the incident.

Prosecutors considered the case against the three former executives twice and dropped it both times, but a citizen's judicial panel in Japan overrode the decision.

"Since the accident, nobody has been held responsible nor has it been made clear why it happened," Ruiko Muto, who heads the group that pushed for the trial, told French news agency AFP. "Many people have suffered badly in ways that changed their lives. We want these men to realise how many people are feeling sadness and anger."

The former executives stand accused of failing to take the necessary preventative measures to prevent such a disaster despite being aware of the risk a major tsunami could pose.

"They continued running the reactors without taking any measures whatsoever," the prosecutor said. "If the had fulfilled their safety responsibilities, the accident would have never occurred."

A report by a government panel said TEPCO simulated the impact of a tsunami on the plant in 2008 and concluded that a wave of 15.7 meters (51.5 feet) could hit the plant if an earthquake of 8.3 magnitude occurred. TEPCO executives allegedly ignored the internal study.

The undersea earthquake that caused the tsunami was recorded at a magnitude of 9.0, causing a 14-meter wave to swamp the reactor's cooling system.

TEPCO has said it could have been more proactive in taking safety measures, but a tsunami of that magnitude could not be anticipated.