A global nuclear phaseout or renaissance? | Environment | All topics from climate change to conservation | DW | 04.02.2021

A global nuclear phaseout or renaissance?

Germany's nuclear phaseout will be completed by the end of 2022. Safe final repositories for nuclear waste still haven't been found, but some countries are still building new reactors. Does nuclear power have a future? 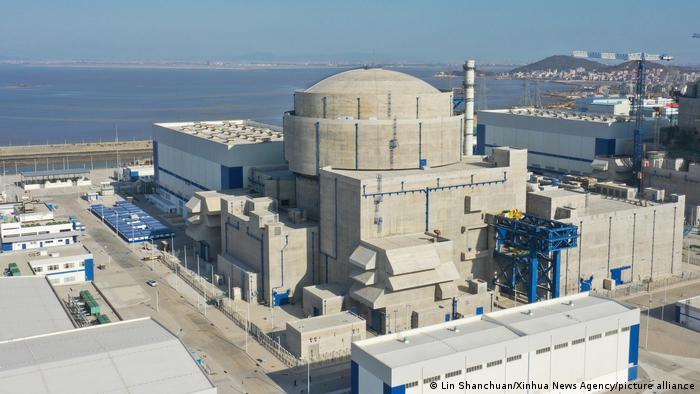 China is the world leader in the construction of new nuclear power plants, such as here in Fujian Province

There are currently 413 nuclear reactors in operation in 32 countries around the globe. According to the annual World Nuclear Industry Status Report (WNISR), nuclear power accounted for about 10% of global electricity demand in 2019, the highest share being 17.5% in 1996.

Most reactors were built between 1968 and 1986, mainly in Europe, the United States, the former Soviet Union and Japan. The global average age of these reactors is 31 years.

Europe, the US and China dominate the world in terms of numbers of reactors

US: Future of nuclear power uncertain

The US currently has 94 nuclear reactors — more than any other country in the world. In 2019, they met 20% of the country's electricity demand. The US also has the oldest reactors in the world, with an average age of 40 years.

Most reactors went into operation by 1985; only one started up within the last 20 years. Construction of two new reactors began in 2013. These are expected to begin working in the next few years.

The future of nuclear power in the US is uncertain. Although there are concepts for a new generation of reactors, it is questionable whether they can one day generate electricity as cheaply as the renewable energy sector.

There is no final repository for highly radioactive waste in the US. It is stored on-site at the power plants.

Russia currently operates 38 nuclear reactors. In 2019, they covered about 20% of electricity demand. Ten new reactors have come online over the past decade. Two nuclear power plants have been under construction and are expected to start up in the next few years. The average age of Russian reactors is 28 years.

As Russia no longer wants to subsidize the construction of nuclear power plants in its own country, new domestic construction projects are uncertain. Instead, the state corporation Rosatom wants to focus on building reactors abroad in the future. According to WNISR, 10 Russian reactors are currently under construction abroad, two each in Bangladesh, India, Turkey and Slovakia, and one each in Iran and Belarus.

Russia does not have a final storage facility for its highly radioactive nuclear waste. Critics have complained about the lack of transparency in the handling of nuclear waste.

Nuclear power too expensive in India

India currently has 21 nuclear reactors. In 2019, the share of nuclear power in the grid was 3%. Three reactors went online over the last 10 years, and six power plants are under construction. The average age of reactors is 23 years.

However, the expansion of nuclear power in India has been plagued by delays and mounting costs.

In 2012, the Planning Commission of India projected that the total capacity of all reactors would increase from just under 5 gigawatts (GW) to as much as 30 GW by 2027.

Today, reactors with a capacity of less than 7 GW are connected to the grid. The reactors under construction have a total capacity of 4 GW. Since the construction time of reactors in India is more than 10 years, a maximum of 11 GW will be on the grid in 2027, almost three times less than originally planned.

India does not have a final storage facility for highly radioactive nuclear waste.

But China also built significantly fewer reactors than originally planned in the country's five-year plan. At the same time, the expansion of renewable energies is eclipsing nuclear.

According to the National Energy Administration, 72 GW of wind power, 48 GW of photovoltaics and 13 GW of hydropower were connected to the grid in 2020. Nuclear power plants contributed only 2 GW of new capacity in the same year.

China does not have a repository for highly radioactive waste, but it is exploring one in the Gobi Desert. Its nuclear waste is currently stored at various reactor sites. 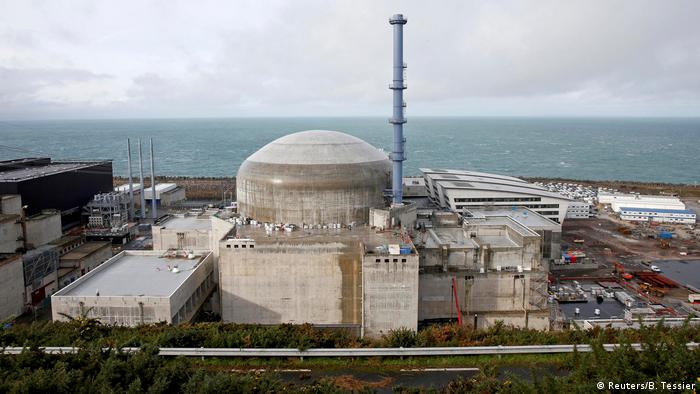 ​​​​The nuclear reactor in Flamanville, France, was supposed to be ready by 2012

France has relied on nuclear power like no other country in the world in recent decades. In 2019, almost 71% of electricity demand was covered by nuclear power. Currently, 56 power plants are still in operation and one is under construction. The power plants have an average age of 36 years, and the last reactor went online in 1999.

The world's largest nuclear energy supplier and state-owned group EDF, which operates the French reactors, is indebted to the tune of €42 billion ($50.3 billion) and will have to invest an estimated €100 billion by 2030 to keep the old reactors in operation.

It is still unclear whether new reactors for nuclear power will be built in France. The decision has been postponed and is to be taken by the new French government after the next election in 2022.

There is no final repository for highly radioactive waste in France.

Poland: No investor for nuclear power

Poland has been planning to go nuclear since 1980 and started building two reactors, but stopped construction after the Chernobyl reactor disaster of 1986.

After that, there were repeated and ultimately unsuccessful attempts to restart construction. In 2014, the government adopted a plan to build six new reactors, with the first unit coming online in 2024. However, little has happened since then because it remains unclear how this costly program is to be financed.

This article has been adapted from German by Neil King.

The first-ever treaty to ban nuclear weapons entered into force on Friday. The international pact has been ratified by 51 states, though none are nuclear powers. Germany, which hosts US warheads, also hasn't signed on.