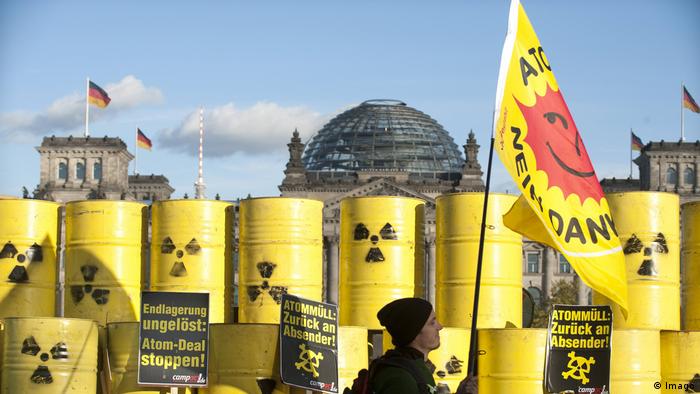 BGE, the nation's waste management organization, named 90 areas around the country as possible candidates for the permanent waste disposal. It said in a long-awaited report that a location needs to be found by 2031. The aim is to start storing containers of radioactive waste at the site by 2050.

Germany is seeking a safe place to store 1,900 containers of waste. The containers make up only 5% of the country's nuclear waste but 99% of its radioactivity, according to BGE chairman Stefan Studt.

Regions in Bavaria and Baden-Württemberg in southern Germany, as well as Lower Saxony and states in eastern Germany, are among the potential waste disposal sites. The locations suggested "favorable geological conditions for the safe disposal of radioactive waste," the BGE said. The sites will now be vetted to account for other factors, including population density.

Not on the list of possible storage sites is Gorleben, a small settlement in Lower Saxony of 650 residents, and the location of a salt mine which had been earmarked as a site for nuclear waste disposal almost forty years ago.

The dispute that led to so much bitterness in Germany over the years began on 22 February 1977: the State Premier of Lower Saxony, the conservative Ernst Albrecht, father of the current European Commission President Ursula von der Leyen, made an announcement: Gorleben, near the border to what was then East Germany, was to be the site of Germany’s facility for permanent nuclear waste storage. 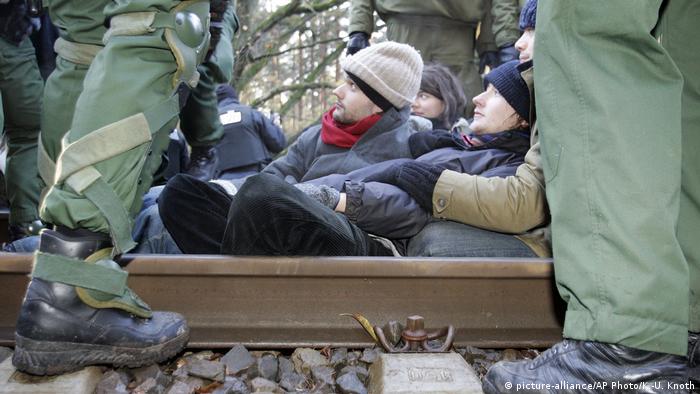 Locals never accepted the decision, arguing that the salt in the ground cold weaken containment structures and cause radioactive leaks. Gorleben became the focus of Germany's anti-nuclear movement. Protestors staged sit-ins at the building site and rallied round the farming community in the region. In subsequent years, every transport of nuclear waste to Gorleben was accompanied by major demonstrations.

Despite these massive protests, construction work on a new mine began there, in which the salt dome’s geological characteristics were to be explored. This mine alone, which never produced a grain of salt or any other natural resource, has already cost the German tax-payer 1.6 billion euros ($1.9 bn.) So much money has been spent conducting research there that the announcement by Kanitz that the salt dome’s surface cover is not intact and that the chemical composition of the ground water is unsuitable, amounts to a political bombshell. This is exactly what opponents of nuclear power have been saying for years.

The debate is almost certain to keep reverberating. But Monday’s announcement in Berlin by Stefan Kanitz, managing director of the state "Federal Society for Permanent Nuclear Waste Storage" still marks a milestone: "Gorleben is not the best possible location," he said. Abandoned coal mines are seen as possible storage sites because they have all the transport infrastructure needed — but they are also prone to earthquakes.

Following decades of debate which, above all, fueled the rise of the anti-nuclear Green Party, the German government decided after the reactor disaster at Fukushima in Japan in 2011 to permanently phase out nuclear power. Of the roughly 20 nuclear power plants once built, many have already been disconnected from the grid. Currently, six are still in use. They are all scheduled to be decommissioned by the end of 2022.

Germany is likely to run into resistance from local politicians at whichever waste disposal site it chooses. Bavaria's state government has already insisted that it is unsuited for permanent waste disposal.

The plan now is to discuss things step by step with the local communities in the 90 regions shortlisted. That is one reason why the process is scheduled to take so long. Construction is to begin on a new permanent storage facility for nuclear waste in 2031. That’s eleven years from now.

Kanitz expressed optimism that a suitable final disposal site would be built in the end, saying “Germany is well-suited, with an adequate supply of appropriate geology.” He also formulated the philosophy for politicians’ and scientists’ approach to the task: "I would not be perfectionist about it. We have the job of finding the most suitable possible location. Nobody is perfect; not us and not nature."

In other words, the search for a suitable nuclear waste storage site should no longer provide fuel for political debates and ideological struggles. 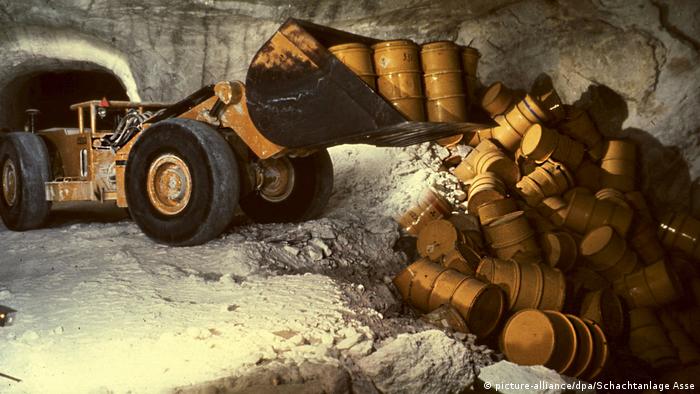 Waste from power plants – and the dilapidated mine of Asse

If all goes to plan, the new permanent storage site will accommodate the spent fuel rods and other waste from Germany’s nuclear power plants for thousands of years. At the moment, however, most of this waste is in temporary storage at the power plant sites.

It’s also hoped that the low-level and intermediate-level waste that was practically dumped in the scandal-ridden mine of Asse for decades can also be moved to permanent storage. Apart from the indiscriminate disposal of nuclear waste, that mine is also in danger of collapsing.

The German Environment Minister, Svenja Schulze (SPD), welcomed the development. She and 2 state environment ministers co-wrote an opinion piece on Spiegel: "We are confident that this process will enable us to find a location that provides the greatest possible safety and security - not just for the next 50,000 years, rather for a million years or more."

If nuclear waste can actually be disposed at the new facility starting 2050, that would still put Germany in the international vanguard: 70 years after humankind began using nuclear energy, not a single permanent waste storage site has been officially opened anywhere in the world.