The push to label natural gas and nuclear energy as "green" in order to lure in more private investors was met with heavy resistance. But EU lawmakers ultimately gave it the green light. 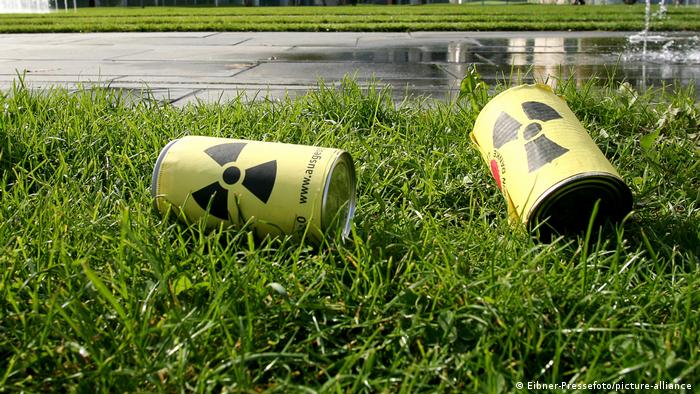 The European Parliament on Wednesday voted in favor of a proposal regarding labeling natural gas and nuclear power plants as climate-friendly investments.

The European Commission released the proposal, formally called the EU taxonomy, in December as a list of economic activities that investors can label and market as green in the EU.

A motion to block the proposal received 278 votes in favor and 328 against, while 33 lawmakers abstained.

Unless 20 of the EU's 27 member states oppose the proposal, it will be passed into law.

The proposal was initially met with resistance among some EU member states, with one camp led by France strongly backing the green label for natural gas and nuclear energy. Meanwhile, Germany — which has been phasing out its nuclear power plants — had opposed the plan.

Some environmental groups and EU lawmakers have also criticized the plan for "greenwashing" fossil fuel and nuclear energy.

Austria and Luxembourg have even pledged to sue the EU if the plan becomes law.

Still, the proposal had the backing of the majority of the center-right European People's Party, the European Parliament's biggest lawmaker group.

Lawmakers of the centrist Renew Europe group were largely in favor of the proposal, while the Greens and Social Democrats mostly opposed it.

A total of 353 lawmakers — a majority of the Parliament's 705 lawmakers — are needed to reject a plan for it to fail.

A sharp reduction in Russian gas supplies to Europe in recent weeks has fueled opposition to the plan to label gas as environmentally friendly.

"It's dirty politics and it's an outrageous outcome to label gas and nuclear as green and keep more money flowing to [Russian President Vladimir] Putin's war chest," Greenpeace EU sustainable finance campaigner Ariadna Rodrigo said. "We will fight this in the courts," she added.

Paul Tang, a Dutch EU lawmaker with the center-left Social Democrats, had criticized the plan as influenced by "the lobby from Gazprom and Rosneft," both Russian state-owned energy companies.

"It is now important to prevent this vote from setting a precedent for other countries to temper climate ambitions," he wrote in a statement.

"We are sacrificing the future to the present by including gas and nuclear in the taxonomy. This short-sightedness undermines the credibility and durability of the taxonomy as a long-term compass for investors," Hansen wrote on Twitter.

Bogdan Rzonca, a Polish member of the European Parliament (MEP) for the right-wing Law and Justice party (PiS), said less wealthy EU countries need private investments in gas and nuclear power to be able to move away from coal.

Gilles Boyer, a French MEP with the Renew group, said that meeting energy demand with renewable energy in the long-term "would be ideal, but it's not possible right now."

"It paves the way towards energy self-sufficiency which is absolutely crucial for our future," he wrote on Twitter.

Where does Germany stand on the taxonomy?

On Wednesday, Steffen Hebestreit, a spokesman for German Chancellor Olaf Scholz, said that Berlin "stands by its position and considers nuclear energy as unsustainable.''

"Nevertheless, the German government believes that the taxonomy is an important instrument for achieving climate protection targets, because it is clear that natural gas is an important bridging technology for us on the way to CO2 neutrality and the inclusion of the use of natural gas in the delegated act takes this into account," Hebestreit added.