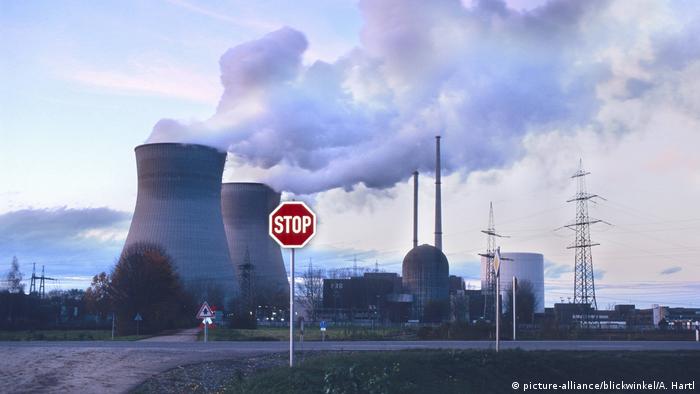 Germany is set to complete is nuclear phaseout by 2022

Germany, Luxembourg, Portugal, Denmark and Austria spoke out on Thursday against the classification of nuclear energy as a climate-friendly source of power.

The five countries issued a statement on the sidelines of the UN climate summit in Glasgow, COP26. It comes as the European Commission is working on a so-called EU taxonomy, in which it lists what the bloc considers as "environmentally sustainable economic activities."

Some other EU countries, led by France, are seeking to add modern forms of nuclear energy to that list. France, in particular, has voiced plans to use nuclear energy as part of its efforts to phase out fossil fuel plants that are significant sources of greenhouse gas emissions.

What do opposing countries say?

"The current decade will be crucial for our common path toward climate neutrality and an economic system that respects the limits of our planet," Germany, Luxembourg, Portugal, Denmark and Austria said in a statement.

Therefore, it is crucial to have an EU taxonomy that considers the sustainability of a form of energy "throughout its life cycle," the signatories added, referring to the radioactive waste generated by nuclear power use.

They also warned that the classification could risk diverting EU funds from renewable energies such as wind and solar power.

"It is too risky, too slow and too expensive for the crucial decade in the fight against climate change," she added. 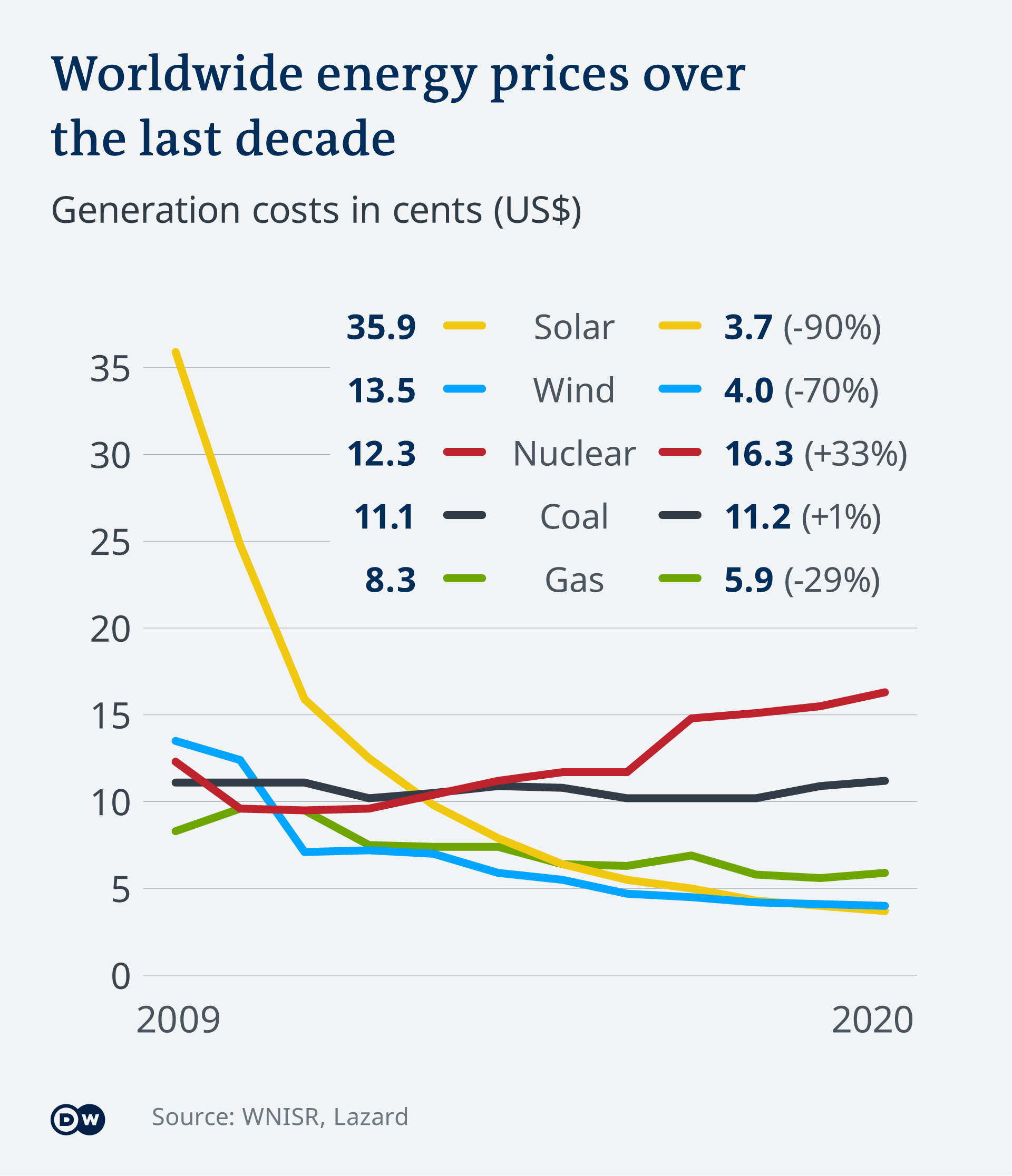 In the past decade, reneweable energy prices have signficantly dropped, compared to nuclear energy

Austria's environment minister, Leonore Gewessler, also backed Germany's stance, saying, "Just because something is not quite so bad doesn't mean it's good."

What about the countries supporting nuclear energy?

France, Poland, Hungary and the Czech Republic have called on the European Commission to classify nuclear power plants and nuclear waste storage facilities as "green."

They also want the taxonomy to include natural gas-fired power plants.

France announced on Tuesday that it would start building its first new nuclear reactors in decades to meet its promises to reduce carbon emissions.

"If we want to pay for our energy at reasonable rates and not depend on foreign countries, we must both continue to save energy and invest in the production of carbon-free energy on our soil," said French President Emmanuel Macron.

What is the EU taxonomy?

Compiled by the European Commission, the highly anticipated classification system is a list of "environmentally sustainable economic activities."

The Commission has said the list should "create security for investors, protect private investors from greenwashing, help companies to become more climate-friendly, mitigate market fragmentation and help shift investments where they are most needed."

If Brussels classifies nuclear power as "sustainable" in the legal text, it will count as a direct recommendation to financial markets to invest in nuclear plants.

In April 2020, the European Commission's scientific body, the Joint Research Centre, released a report that found that nuclear power is a safe, low-carbon energy source comparable to wind and hydropower in terms of its contribution to climate change.

Still, many environmentalists oppose nuclear power, citing the risk of nuclear meltdowns and the difficulty of properly disposing of nuclear waste.