An Italian energy firm says the Russian company is slashing its deliveries by 50%. France's gas operator says it has not received any natural gas from Russia via its pipeline from Germany for more than a month. 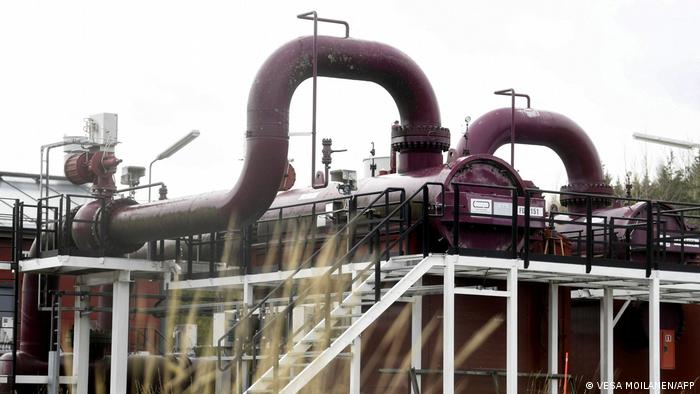 Italy's energy firm Eni said on Friday that Russian energy giant Gazprom was reducing its gas supplies to Italy by 50%.

In recent weeks, Moscow has reduced or cut off gas deliveries to several European Union countries, which have imposed sanctions on Russia over its invasion of Ukraine.

French network operator GRTgaz also said on Friday that France has not received any Russian gas via Germany since May 15, citing the effects of reduced Russian supply.

Previously this week, Gazprom's gas deliveries to Italy had already been reduced — 15% on Wednesday and 35% on Thursday.

Italian Prime Minister Mario Draghi, who was on a visit to Kyiv with German and French leaders, rejected Gazprom's "technical reasons" as an excuse.

"Both Germany and us, and others, believe these are lies. In reality they are making a political use of gas like they are using grain for political use," Draghi said at a news conference in Kyiv with German Chancellor Olaf Scholz and French President Emmanuel Macron.

Gazprom cut deliveries to Germany by more than 60% this week. The Russian state-controlled company said that supply reductions via the undersea Nord Stream 1 pipeline were due to delays in repair work by the German company Siemens.

But Germany claimed that Gazprom's move was politically motivated.

Nord Stream 1 is the main pipeline of Russian gas to Europe after gas flows through Ukraine were reduced amid the war.

On Thursday, EU Economy Commissioner Paolo Gentiloni warned that the bloc's economy could enter into a recession if Russian gas supplies stop, but stressed that this was not the case so far.