The Russian energy giant said it was cutting supply volumes to Germany through the Nord Stream 1 pipeline by roughly another third, after an initial reduction on Tuesday. 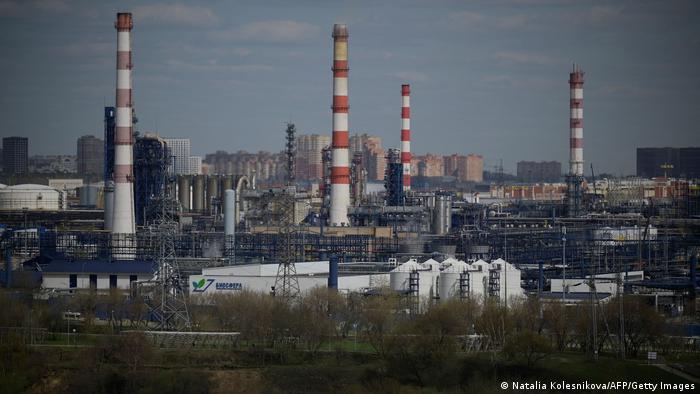 Russian energy giant Gazprom said on Wednesday it would further reduce the capacity of gas supplies via the Nord Stream 1 pipeline to 67 million cubic meters (2,366 million cubic feet) per day.

The decision comes into effect at 01:30 a.m. Moscow time on Thursday (2230 UTC on Wednesday), Gazprom said, adding that the halt was due to the "technical condition of the engine" at a compression station.

The company had announced on Tuesday that it was curbing supplies through the same undersea pipeline to up to 100 million cubic meters per day, down from 167.

Gazprom initially blamed the delayed return of equipment that had been sent to German company Siemens for repairs.

On Tuesday, Siemens Energy said the delay in returning the equipment to Gazprom was because they were taken to Canada for a scheduled overhaul and have not been returned due to Ottawa's sanctions on Russia.

How did Germany react?

Robert Habeck, Germany's economy minister and vice-chancellor, said the move was intended to drive up prices.

"It is obviously a strategy to unsettle and drive up prices," he said on Wednesday, adding, "We can currently buy the necessary quantities from the market, albeit at higher prices."

The Greens politician insisted that gas supplies in Germany were secure. However, he said, "the current situation also shows that saving energy is the order of the day."

Earlier on Wednesday, Habeck said the move was clearly "politically motivated" rather than a result of technical problems.

The EU has been working on reducing its reliance on Russian energy amid the war in Ukraine.

Demand for gas has fallen with the end of the winter season, but Europe is racing to prepare for the next winter as the prices soar and uncertainty grows.

Nord Stream 1 is the older of two gas pipelines running from Russia to Germany. It is the main pipeline of Russian gas to Europe, especially after the transit of Russian gas through Ukraine has been reduced since the war.

Germany has halted the launch of the newer pipeline, Nord Stream 2, in response to Russia's aggression toward Ukraine.

In recent weeks, Russia has cut off its gas deliveries to several European countries over a spat about the payment currency. Moscow wanted what it described as "unfriendly countries" to pay in rubles, while European countries refused, and imposed sanctions on Russia over its war in Ukraine.

EU looks to biogas to end dependence on Russia

As Germany looks to ditch Russian oil and gas for good, its domestic energy industry is a key side actor — but can it step up to the plate? We search for clues in the village where Germany's oil sector was born.