Nuclear reactor to shut down amid Germany's atomic phase-out

One of the reactors at the Grundremmingen plant has been switched off as part of Germany's plan to scale back nuclear power. The power station was the site of Germany's first fatal nuclear power plant accident. 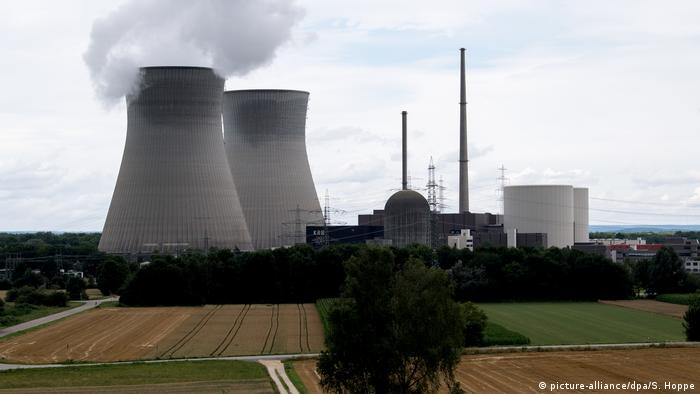 A southern German nuclear reactor was taken offline on Sunday afternoon after 33 years in operation, the plant confirmed.

The Gundremmingen plant, located 120 kilometers (74.6 miles) northwest of Munich in the state of Bavaria, is the last double-reactor plant operating in Germany.

Once the plant's Unit B reactor shuts down, only seven nuclear reactors will remain online in the country, including Gundremmingen's remaining one.

Unit B's closure has been planned for some time as part of Germany's plan to phase out nuclear power following the 2011 Fukushima disaster in Japan. The last reactor in Germany is due to be turned off in 2022.

The remaining reactor at Gundremmingen, Unit C, will run until 2021, although it also went online at the same time as its companion Unit B in 1984.

Activists planned to protest Unit C's continuation outside the front gates of the plant in the afternoon on Sunday.

Germany's Green party and nuclear power opponents have raised concerns about the age of Unit C and the fact that it is the last boiling-water reactor to remain online in Germany.

"We are glad that by year's end at least one unit will be shut down in Gundremmingen with Reactor B," the Green party's energy spokesman for Bavaria, Martin Stümpfig, said in a statement in mid-December.

"Nevertheless, this nuclear power plant remains a ticking time bomb due to several technical defects — only now with half the explosive power," he said.

Atomic power critics note that the Grundremmingen reactors are the same type as those involved in the Fukushima disaster.

The Grundremmingen plant is also the site of Germany's first fatal accident at a nuclear power plant. In 1975, two workers were killed by steam that escaped from a pipe that was being repaired in the plant's Unit A reactor.

Highly radioactive waste from a nuclear plant has been transported for the first time on a river in Germany. Protesters managed to temporarily halt the ship after they rappelled down from a bridge over the Neckar River. (28.06.2017)